Share
Tweet
Linkedin
1322 Views
( 133 votes, average: 4 out of 5)
What do you think about this article? Rate it using the stars above and let us know what you think in the comments below.
This article is aimed at two principal categories of readers. First, those readers who wish to study law but have no intention of becoming professionally qualified and practicing as a solicitor or at the Bar, and secondly, those readers who started their legal education with every intention of practicing law but who, for one reason or another now finds that that particular ambition cannot be fulfilled. 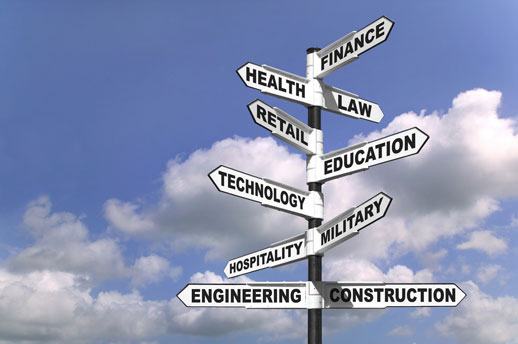 There are many and varied reasons why you might choose to study law and that choice could be made at different stages in your life. If you became an undergraduate straight from school then your choice may partly have been influenced by parents, schools, and careers advisers. During the course of your studies any assumptions about what it would be like to study law and be a lawyer may well change as you mature and develop, and your original attraction to the subject may wane. If you find yourself in this position it does not necessarily mean that you have to leave law altogether, but it can mean that you become interested in law as a subject of study and are attracted into academic life, or it can mean that you choose to use your law degree to gain employment beyond private practice if you feel this provides a more varied context for your skills. For example, rather than confining yourself to practicing law you could join the civil service and become part of the policy process for Government or join a large corporate organization and become part of an entrepreneurial management team.

If you have come to law at a later stage in your life, and you are keen to make a change of career, it is more likely that your original intentions for studying law will remain with you throughout your undergraduate years and bridge training period. As a mature person, who may well have made a number of financial sacrifices and other family and relationship compromises, to embark on a fresh career you will have doubtless arrived at your decision after much thought and deliberation. You will have put considerable investment into your new career and are unlikely to be easily diverted from it.

There is unfortunately another situation where you find yourself pursuing a career other than that which you originally embarked upon. That is where your original choice of legal career is unexpectedly closed off to you, commonly because you experience difficulty finding either a training place, or (and this is less common) perhaps finding after you have completed your training that you have difficulty in obtaining a permanent post.

There is a rapidly shifting economic and political environment for lawyers in this century. Many people who start their careers in law will not remain there. Concentrate on careers where a law degree or a legal background is of particular. Law really does equip you with diverse skills.

In many ways what follows is as applicable to those who seek entry to a different profession from an early stage in their undergraduate career, as it is to those who are looking for a change of career within law at a later stage in life. It is not an exhaustive list-it aims only to introduce you to the spectrum of opportunities open to law graduates.

Each of the armed services: the army, the RAF and the Navy recruit graduates, including law graduates. Primarily, what the forces are looking for are people of graduate caliber who exhibit management and leadership potential. There are a host of other qualifying factors relating to nationality, residence and age. There are also quite strict physical fitness requirements. If you think that you would be interested in a career in the armed services then it would be best to arrange personal capabilities of excellent communication skills, strong time and workload management skills and I.T. competence. A commitment to public service could be illustrated in various ways, but in practice recruiters will want to see evidence of involvement in community groups and organizations, preferably at an office-bearing level, plus a good knowledge and understanding of current affairs. If you are actively involved in local and central politics, perhaps as an election agent or even candidate you may find you are not eligible for certain jobs where political neutrality is expected. This expectation is intended to underline the convention that civil servants are not partisan in their political affiliations and thus unduly influential in the advice given to politicians. However, it might be argued that overt and declared political interests would be a more realistic approach. The rules vary-in general the higher the grade of appointment, the more distance that will be expected from national or local politics-so if you feel you are destined for a public service career you should make enquiries at an early stage about what you can and cannot do.

There are several entry routes into the civil service. One designed specifically for graduates is the Fast Stream Development Program. This is a program designed to attract high caliber graduates irrespective of educational or social background. According to the literature produced by the appointing body of the civil service-the Civil Service Selection Board-what they are looking for is "personal, interpersonal and intellectual qualities and the ability to put them to effective use". The selection board has a rolling program throughout each year and in addition to the Fast Stream Development Program, which recruits to the Home Office as well as the Diplomatic Service, appointments in Europe and Parliament, there are also a range of specialist schemes. You can apply to be considered for selection and if invited to take part in the assessment procedure you will have to travel to London for two days to complete the selection process. There are a variety of exercises required of applicants, including cognitive tests as well as work in small groups. Full details of what is involved, both in the assessment procedure and in the kind of career for an interview with whichever of the services appeals to you most.

The police services throughout the United Kingdom have an annual intake of graduates from all disciplines. Some of these will be eligible for the Accelerated Promotion Scheme for Graduates intended to offer a fast track career structure for those identified as senior management material. All entrants are first required to undertake all the normal duties of a uniformed operational constable and unless your performance at that level is satisfactory, none of the benefits of the accelerated scheme apply. The police recruitment literature emphasizes that the scheme offers accelerated advancement to senior management but is not a by-pass route. Competition for the scheme is fierce and, for example, Scottish Police estimate that currently less than one per cent of applicants are successful in gaining a place on the scheme.

Those who are successful undertake a probationary period culminating in an examination. This is followed by specialized training in management issues accompanied by placements that may be within the force or in industry, central or local government. Satisfactory completion of the training stages leads relatively quickly to promotion to sergeant, inspector and chief inspector.

The backbone of an effective government is an efficient, well-functioning civil service, and for law graduates who can demonstrate a flair for organization, policy development and implementation there are many opportunities in the various departments or agencies in the civil service, particularly those with a specific legal perspective such as the Scottish Executive, Home Office, Lord Advocate's Office, Lord Chancellor's Office, Foreign Office and Inland Revenue, as well as the Crown Office and Crown Prosecution Service, which both employ administrators in addition to prosecutors. Successful applicants for the civil service will have to demonstrate a commitment to public service in addition to obvious available through the civil service, can be obtained from their website as well as through literature produced by their recruitment and assessment services. There is also a promotional video entitled "Fast Stream" which should be available from your university's Careers Advisory Service.

Legal Careers Other Than Traineeships
A Degree Other Than the LL.B.
The Legal Profession and Its Job Opportunities
Legal Profession beyond Private Practice
Other Public Bodies Apart From Local Government Where You Can Look for Law Jobs

The LawCrossing site is pretty good and searches on it gave out good results. Great service!
Reza