What Does a Judicial Clerk Do?

( 104 votes, average: 5 out of 5)
What do you think about this article? Rate it using the stars above and let us know what you think in the comments below.
What does a judicial clerk do? It depends. First and foremost, it depends upon the desires and needs of the particular judge. It also depends on whether the judge is a trial or an appellate judge. 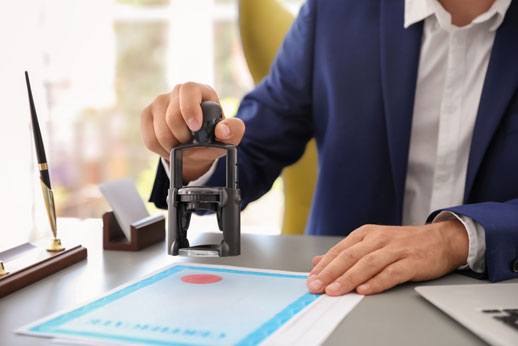 Judicial clerks to trial judges, while involved in a great deal of research, have many other duties, such as reviewing motions and making recommendations to the judge. They may review jury instructions requested by the parties and perform quick legal research for the judge as a trial progresses. While trial judges' clerks will not directly participate in a trial, they will listen to the evidence and learn tactics and strategy used by some of the best trial lawyers admitted to practice before the court. A judicial clerk in a trial court will be "in the pit," so to speak, and will see the parties, their attorneys, and the reactions of the witnesses and jurors to the matters being presented.


In the appellate court, there is little of the drama that can develop during a trial. Appellate clerks see the trial through a printed record and primarily research the law of a case. They have reading and writing jobs-living in the library and spending countless hours preparing memoranda of law for their judges. An appellate clerk deals with legal theory; a trial court judicial clerk functions in a trial atmosphere and performs a variety of functions. One works where the action is, the other works with the record of what occurred during the "action."

Some judges ask their clerks only to do legal research, others ask them to prepare memoranda summarizing the positions taken by the opposing parties (these are probably in the majority), and some use their clerks to prepare preliminary drafts of proposed opinions. Those judges who have their clerks prepare preliminary drafts are further subdivided into those who give the clerk little, if any, guidance beforehand and those who have periodic conferences on the case as the draft is being prepared. "I follow the latter procedure most frequently, but when a clerk has demonstrated an ability to prepare a proposed opinion, I follow the former procedure. In either case, I sometimes make substantial changes in the draft. On other occasions, however, I may accept the draft substantially as written. It depends on the individual case, the quality of the draft, and the nature of the legal issue involved," says Patrick Owenson, a clerk in New York.

As judicial clerks have become increasingly important, disagreement has arisen as to what their role should be. One writer observed, "To some people, judicial clerks are part of a long and noble tradition. To a few others, they are 25-year-old Svengalis influencing the judicial process toward views inculcated into them by a phalanx of activist law professors." (D. Crump, "Law Clerks; Their Roles and Relations with Their Judges,"Judicature, Vol. 69, No. 4, p. 236.)

In a comprehensive book on the role of judicial clerks, a former judicial clerk, John B. Oakley, writes, "In its ideal form, the judicial clerk is meant to fiddle with the law, to advocate innovation, to introduce to its inner sanctum the views of those outside." ( J. Oakley and R. Thomson, Law Clerks and the Judicial Process: Perceptions of the Qualities and Functions of Law Clerks in American Courts.) Others disagree, contending that judicial clerks should not play such a vital role in the judicial process and that their role is one of research of what the law is, not of what the law ought to be (D. Crump, Judicature, as above, p. 237).

"Judicial clerks can make excellent sounding boards for new ideas and many times offer the judge a new perspective. I tell my judicial clerks, especially those who have worked with me for a while and whose ability I trust, that I want them to disagree with me on legal points. I had one judicial clerk who, years after he left, said respectfully that he could never get me to agree with him on an evolving principle of law. That same clerk, however, did substantial research on an opinion that I consider one of my best.

As a former clerk, and now as a judge, I enjoy the intellectual exchange that occurs with my clerks when there is a hotly contested case. Sometimes I may ask them to play devil's advocate and point out the weaknesses in my legal argument. At the appellate level, of course, many cases are indeed hotly contested and may be decided by only one vote," says a retired legal expert.

The Social Side of the Relationship

Judicial clerks will work closely with their judges, and the judges must be able to place complete confidence in them. The judge has a right to expect that the clerk will be competent, honest, and loyal. Loyalty is paramount. Working at the judge's elbow, a judicial clerk learns a lot about the judge's habits, idiosyncrasies, likes and dislikes, and judicial philosophy. Many judges share very confidential views with their clerks, and these must never be divulged. Our clerks take an oath of confidentiality as a condition of employment.

The close interpersonal relationship between clerk and judge often develops into a long-lasting friendship. Occasionally, a judge's former clerks will get together to honor the judge. A retired clerk says, "As a former clerk to Judge Frank Johnson, I have attended three functions held for him. When I clerked for him, I was also invited to his annual Christmas party and his summer lake party. My former clerks came back to Montgomery from as far away as Washington, D.C., and Miami, Florida, to honor me on the fifteenth year of my service on the court."

During a successful judicial clerkship an attorney can learn that the law is more than a business, the law is a profession. In today's competitive environment, where the quest for billable hours too many times becomes the most important goal for practicing attorneys, a judicial clerkship can form the foundation on which to build a career based on solid, quality principles.

Attorneys have two prevailing views regarding the value of a judicial clerkship following graduation from law school. For most lawyers who worked as clerks, the experience is remembered fondly as an opportunity to work closely with a learned attorney on significant, complex legal matters. For those members of the bar who never served with a judge, many view a clerkship as an unnecessary detour before joining the ranks of practicing attorneys. As one who enjoyed a rewarding year as a clerk to the senior justice of the Alabama Supreme Court, a clerk enthusiastically support the notion that a judicial clerkship represents the best way to make the transition from law student to lawyer.

The Judge advised his clerks to follow three basic principles in order to excel in the practice of law-be prepared, be professional, and be ethical. His wise advice mirrored his legal opinions-concise, accurate, and sound precedent.
( 104 votes, average: 5 out of 5)
What do you think about this article? Rate it using the stars above and let us know what you think in the comments below.