( 34 votes, average: 4.1 out of 5)
What do you think about this article? Rate it using the stars above and let us know what you think in the comments below.
He is a different look at the bar exam, the final, frightening monster in the law school horror flick. His perspective offers a fresh, upbeat approach to surviving the multistate and essay portions of the exam. From the history of the bar to practical tips on taking the test ("have a candy bar handy"). You've seen the plot device used dozens of times in recent horror movies-Aliens, Poltergeist, Friday the 13th. The hero or heroine reaches some haven of safety after repeated death-defying trials and escapes, and the villain/monster has apparently been disintegrated once and for all. Our protagonists breathe a sigh of relief and hug each other, and even the music tends to lull the audience into a feeling of safety. But wait! Beneath the bed, in the closet, or behind the door, the "THING" (or what's left of it) waits for one last leap, slobbering and snarling its way across the screen for a final life-or-death assault on our stars. 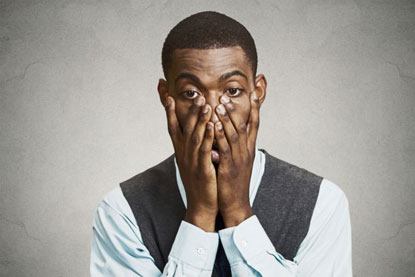 Welcome to the bar exam. After three mind-numbing years of frustration, terror, and alternating boredom and panic, just when you thought it was safe to go back in the water, here comes the test that can tell you in an instant whether or not the monster has truly been disintegrated once and for all. This article attempts to examine the history of this ordeal, its psychological impact, its overall function in the process of legal education, and its possible violation of the Constitution's Eighth Amendment prohibiting cruel and unusual punishment.

Bar examinations are the vestigial remains of trial by torture. Just as one could disprove a charge of sorcery by holding one's breath for several minutes underwater, one could prove oneself worthy of professional status by writing Latin prose for two straight days without developing writer's cramp. In later feudal times, an ecclesiastical question was added to the exam, requiring candidates to determine how many angels could dance on the head of a pin without being considered an unlawful assembly. Ultimately, those wishing to become litigators were also required to endure an additional trial by combat, but this usually only required the perfunctory bludgeoning of a serf.

The bar exam continued in this form for almost 700 years. In the same century that brought us the development of the machine gun, nerve gas, C-Span, and nuclear weapons, however, a new wrinkle was added to the time-honored ordeal: the multistate multiple choice exam, a new suspense angle in that great horror film, "Will I-Did I-Dare I Find Out If I Passed the Bar Exam?" This will be discussed in more detail below.

The Horror, the Horror

Why do law students so dread the bar exam? For that matter, why don't turkeys celebrate Thanksgiving? Actually, it can be taken repeatedly in most states, so failure isn't usually career ending. Many large law firms will actually pay you hundreds of dollars a week just to sit in the library and study law, a privilege that many law students mowed lawns for three years to enjoy. What's the big deal?

Well, first of all, if you don't pass, your grade will not just appear anonymously next to a Social Security number on a bulletin board. The winners get their names published in the local paper, and the rolls are usually pored over by contemporaries as though they were the survivor lists from a major shipwreck. Second, throughout your entire legal career an invisible asterisk will always appear next to your name-on pleadings, firm stationery, even Martindale-Hubbell, the national directory of law firms. No matter what level of greatness you achieve, like Roger Maris there will always be that tainted footnote: "Failed bar exam on first try."

How to Take the Bar Exam- Do I Ask for a Blindfold or Not?

By the time most law students complete formal education, they will have taken approximately 2,000 standardized multiple choice tests. Do not think for a moment that this will prepare you for the multistate portion of the exam, in which your chances will be statistically worse than in Russian roulette.

You can try all the things your high school and college teachers taught you about taking the SAT and LSAT: get a good night's sleep, bring twenty-three sharpened No. 2 pencils, have a candy bar handy, etc. Some law school graduates employ additional techniques. Some will wear suits and carry briefcases (containing candy bars). Look professional, feel professional, be professional! Or you can wear a loincloth, pump yourself full of Mexican food, and listen to the Grateful Dead on your Walkman. It really won't make that much difference.

A witness testifies that she believes the light was red at the intersection because the police officer told her it was. An objection to this answer should be sustained:

(a) because the testimony is hearsay;

(b) because the testimony is hearsay;

(c) because the testimony is hearsay;

(d) because the testimony is hearsay.

Looks like fun, doesn't it? Actually the correct answer is (d), because it has a period at the end instead of a semicolon. For several hundred dollars, a bar review course will teach you this and several other tricks that will increase your chances from none to slim.

After you have finished the multistate, there will be a false sense of relief. You know that the next one or two days of the exam will be essay questions only, and any good law student knows that if you are totally ignorant about a particular topic, an essay question is your best chance. Like an infinite number of monkeys at an infinite number of typewriters, most law students feel that a completed blue book will probably (and accidentally) contain a sufficient number of buzzwords that are tangentially related to the issues in question.

Do not let this sense of relief deceive you, however, for there is one big difference between law school essay exams and the essay portion of the bar exam. When you walk into a classroom prepared to take your criminal procedure final, you can usually rely upon the questions dealing solely with crime and punishment. You do not spend the first 15 minutes on each question deciding whether it also includes a Uniform Commercial Code sales issue or whether you should discuss the rule against perpetuities. Veteran bar examiners invariably have war stories about would-be lawyers who, for example, write brilliant dissertations on riparian water rights in response to questions about a slip-and-fall accident in a supermarket.

The essay portion of the exam has one redeeming value-it resembles real life. In law school, it would be considered unfair to ask you to answer questions on an exam dealing with divorce law when you have not taken a domestic relations course. Once you are a lawyer, both clients and friends will have no reluctance in asking you detailed questions about a past, pending, or prospective divorce, and they will be disappointed when you respond that you are a tax lawyer and never took that course in law school. Of the above two situations, the bar exam is more like the actual practice of law, and if the bar exam becomes disappointed in your response, it can ruin more than your whole day.

CLICK HERE TO SEARCH JOBS IN OTHER STATES!
( 34 votes, average: 4.1 out of 5)
What do you think about this article? Rate it using the stars above and let us know what you think in the comments below.

How to Study for the Bar Exam

How to Study for the Bar Exam