10 Most Read LawCrossing Articles for Legal Job Seekers in 2017

Depression in the Law Profession

Legal Profession is a Security, for Those Who Make It

Share
Tweet
Linkedin
23 Views
( 4 votes, average: 4.1 out of 5)
What do you think about this article? Rate it using the stars above and let us know what you think in the comments below.
Most lawyers do not go to the huge firms. It makes sense, then, to back up and look at a different kind of attrition. What happens to the 361 people, out of every 1,000 LSAT takers, who become full-time lawyers of any type? 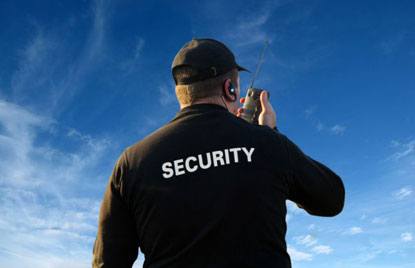 Having said that, about one-third of our 361 lawyers (32 percent, or 116) would think twice before deciding to become lawyers, if they had it to do over again, and another 5 percent (18) absolutely would not choose law again. A full 42 percent (152) have seriously considered leaving law.

It is less certain how many actually do leave the law, or when they do so. On the question of "when," the studies all show young lawyers to be the least happy, so we assume that most of those who quit do so sooner rather than later. And on the question of "how many," estimates (excluding those who've died) range from 6 percent to 15 percent and up. For that matter, it is difficult even to know what is meant by "leaving the law." Do lawyers continue to count as lawyers, for these purposes, if they become paralegals? How about if they do part-time legal work while supporting them-selves in some other way?

About 26 percent (85) of our 325 lawyers have tried cocaine. Five percent (16) are problem drinkers who also suffer from "statistically significant elevated levels of depression," a combination that is "highly predictive of suicide attempts and relapses," and another 27 percent (88) are divided, nearly evenly, into either problem drinking or depression, but not both. Under the applicable definition, most of the "depressed" ones are having suicidal thoughts. There is no data on attorney suicides, but experts have observed that attorneys' typical isolation could be expected to encourage them to act on those ideas. These are people who started law school with approximately the same level of depression as the average American.

If our 325 lawyers stay in the law for full 25-year careers, about 24 of them will be disbarred or suspended or will resign from the bar. About 96 malpractice suits will be brought against them. Some of those troubles will result from substance abuse: At least 27 percent - maybe far more - of all cases of attorney discipline involve alcohol abuse, and perhaps 60 percent (36) of lawyers who suffer from substance abuse will be sued for malpractice. In one survey of managing partners at Denver law firms, the large majority said that they had worked with at least one partner whose personal problems (especially involving alcohol and marriage) had impaired his/her performance, and that, in more than a third of those cases, the lawyer eventually left the firm.

Figure it out, folks. A good percentage of the people who become lawyers find that it eats them up inside. If you're not sure you'll still be standing when this party ends, you'd be smart to consider a low-commitment preliminary visit as a secretary, maybe, or a paralegal at a law firm.

In the end, no matter where you go, there you are - and you're still a lawyer. The law is not something you step in on the sidewalk and then scrape off your shoe. As you'll see, the law sort of sticks to you, like chewing gum on your bus seat.

There are good reasons why many dissatisfied attorneys don't actually leave the law. Most don't have MBA degrees to fall back on, for example, and most don't pursue many different kinds of nonlegal jobs. Also, of those who do, few will accept big cuts in prestige and salary.

As an attorney, you're used to being coddled. You come out of the simplistic world of school and go straight into a job that pays a lot and gives you a level of prestige that other people get only after years of work. It can be perplexing to see how complicated the nonlegal job market is, and to discover, for perhaps the first time in your life, that potential employers are fully able to think that you are not so amazing.

Young attorneys indulge in lots of pipe dreams to avoid this ugly reality. Besides imagining that they could get a job on a corporation's legal staff and then switch easily over into management, they like to think that clients will try to entice them away with attractive offers of employment as business partners. In the real world, though, if your clients want to hire you at all, they'll want you as a lawyer, not as a partner. The clients who really could offer you an attractive nonlegal job won't be in the habit of thinking, "Gee, s/he looks frustrated. Maybe I should give him/her a new career." If they see your dissatisfaction, they'll probably avoid you, lest you let your unhappiness foul up their legal work.

As the joke goes, when you practice law, you have to deal with the dregs of society - and their clients. In that spirit, kindly consider this quote from an article in the ABA Journal about criminal law practice in Miami:

"A criminal lawyer's dream come true," says attorney Roy Black. "What interests the true professional are the most unusual and arcane cases, and that's what we have in Miami." Attorney Josi Quinon agrees. "Two years ago, I got a case where the guy intended to kill the president of Honduras. You don't see that kind of case anywhere else."

What sets Miami apart is its abundance of extraordinary crime - a singular mixture of sensation and intrigue. Miami's underworld is so right and slimy it has become a cliche to call the place Casablanca. What a great place to be a lawyer.

It's possible, in a climate like this, to lose track of just how rich a vein Miami's criminal defense bar is working. Quinon is co-counsel in the Lehder drug trial. The publicity is great - the witness list includes Walter Cronkxte. So many lawyers offered their services to Lehder that prison authorities had to appoint a secretary for their precious prisoner.

After you read that, you can understand why scientists have recently decided to use attorneys instead of monkeys for laboratory tests. It seems that attorneys have several advantages over monkeys for these purposes: There are more of them, they're more like human beings, and there are things that a self-respecting monkey just won't do.

What happens is this: Lawyers are trained according to the theory that more is better. More complexities, more intelligence, more hours of hard work, more caffeine. But when they come up against real-world problems, their intensity leads them to focus so much on the details that, unless there's a lot of spare time and a huge amount of coffee available, they may never be entirely ready to appraise the big picture.

Some people go to law school to learn how to handle their own legal affairs. Maybe they're tired of getting yanked around in court. Maybe they are thinking of starting their own businesses and want to nail down all angles.

These are not dumb motivations. Law school might help with these things. But there are some respectable costs and risks in self-representation for anything more significant than small-claims court. If you become an entrepreneur who falls back on legal skills once in a while, you won't be nearly as experienced in the courtroom as a regularly practicing attorney. Even the best lawyers hire others to represent them sometimes.

Nothing is free. Litigation has its price, and when you figure in all the hidden costs, it may not be cheaper for you to learn how to handle your own cases or to live your life as though you were free to sue whenever you'd like. Litigation really can lead you away from your primary goals. Law, like anything else, is much easier to practice on someone else.

Law crossing is very much suited to its niche legal market.
Robert