Legal Opportunity to Make a Difference

( 11 votes, average: 4.7 out of 5)
What do you think about this article? Rate it using the stars above and let us know what you think in the comments below.
You could be a star, and simply sweep in and move the masses, or you could work behind die scenes, proceeding step by methodical step. 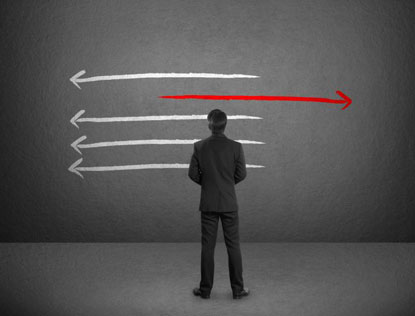 Let's think, first, about people who become stars. Some are in music or in TV and film. Others make it by non-entertainment routes, particularly politics and religious broadcasting. Although most people seek stardom for selfish reasons, many who reach the top do become interested in trying to get the public's support for various good causes.


Lawyers don't use all those avenues. In particular, you don't see many lawyers becoming TV preachers or movie stars. Most lawyers who reach stardom do so through politics.

Those notions deserve a closer look. Accountants, realtors, and other businesspeople have long since shown that you don't need to be a lawyer to understand the laws that matter to you, and I'm sure the same is true of our non-lawyer senators. What's surprising is not that many lawmakers are attorneys, but that so many are not.

By the same token, you must not think law school will make you into a politician if you aren't already. The lawyers who become politicians might have done so even if they hadn't gone to law school. Many of those lawyers who go into politics get involved in student government during college and law school, and many enter politics not long after graduation. This suggests that they already had a plan before they started law school, and that perhaps they wanted the law degree merely to appear more attractive to voters.

One doesn't know whether law school can help you get into politics. There's some risk that it'll turn you into a hopeless geek, or that you'll be a mediocre law student and that your opponents will use that against you in the election.

But if you do get into politics, the next question is whether your law school experience will have made you the kind of person, in the kind of position, who will do good for other people. And there's room for doubt on that point. Will law school teach you more about honesty? What about the evidence that, during law school, law students gradually become less interested in such things as making the world a better place or going into public interest law - isn't there a risk that law school will sidetrack you altogether? You want to believe that you'll have the strength to stick with your vision, but, then again, you're fooling with your entire career here, and you don't want to be a chump about it.

Does law school develop your political skills? It's not so clear. Consider, for example, two groups of political leaders in the English-speaking world during the past 50 years, namely, our most famous lawyer and non-lawyer politicians.

Aside from the unusual circumstances of someone like Bobby Kennedy, it's tough to come up with an impressive list of leading lawyer-politicians. You've got Richard Nixon and, well, one wouldn't even know where you'd look to find another successful lawyer who became a famous politician. Gary Hart? Ed Meese? Aside from Nixon, the only U.S. President in the last 50 years who ever practiced law was Franklin Roosevelt, and he didn't seem terribly interested in it.

Anyway, whoever the lawyers are, compare them against the famous non-lawyer political leaders, like Winston Churchill, the Rev. Martin Luther King, Jr., and Ronald Reagan.

Churchill was a mediocre student. King's fame did not come from his scholarship. And Reagan certainly was no rocket scientist.

But could those guys appeal to the collective imagination, or what? Despite his impressive legal skills, Nixon in his wildest dreams never had either the eloquence of Churchill and King or the popularity of Reagan.

So let's hesitate at the notion that a lawyer who wants to do good things must start out by becoming a star. If you know lawyers and the way they operate, you know that you're much more likely to see them working behind the scenes, in government and in nonprofit organizations, handling issues and solving problems that their political bosses simply don't have the time, interest, or training to comprehend. Without these attorneys, from Legal Aid to the Securities and Exchange Commission (SEC), our lives would be less bearable.

This, by the way, is a perfectly valid way to make a difference. It does not do as much for the ego as being elected president, maybe, but it's still important.

Budgets, laws, and politics impose real limits that keep young lawyers from making a noticeable difference in government and other organizations. As a result, one's idealism can easily turn to frustration.

And on this avenue, too, law school can sidetrack you. Public-interest organizations, unlike private law firms, may not be able to afford to send interviewers to your law school. They also won't necessarily know, a year in advance, how many lawyers to hire for next year. This presents even the best-intentioned law student with a difficult choice: Accept a job offer from a private law firm in September of your third year in law school, and have all your job worries taken care of long before you graduate, or else "go naked" while your classmates are lining up their jobs, and hope that someone in public-interest law will offer you a job next April.

Your law school classmates may not understand how you could turn your back on the money (and, they'll say, the top-quality training) that you'd get if you went with a law firm instead of this public-interest stuff. They'll tell you that the law firm will look better on your resume. They'll say that the improved resume, and the superior training you'll get at that firm, will make it possible for you to get a much more important public service legal position after a few years, if you still want it at that point. And how about enjoying a little of the good life, and being able to pay off those student loans?

If that weren't enough temptation, big law firms make a point of announcing that their attorneys can pursue pro bono work while employed at the firm. (Once the firms have you, of course, they often behave as though your pro bono work had better not interfere with your regular duties, nor with the number of hours you bill.

In short, despite your most saintly dreams, it may not be too wise to just fly off to law school with a vague notion that you're going to become a happy, important do-gooder some-how. Different career plans require different approaches, and your idealism may not necessarily benefit from law school.

Should I go to Law School?

Should I go to Law School?