Share
Tweet
Linkedin
7 Views
( 4 votes, average: 3.9 out of 5)
What do you think about this article? Rate it using the stars above and let us know what you think in the comments below.
First off, you may be seduced by the thought that, with a law degree, you can do almost anything you'd like. As one lawyer puts it, "For someone not sure of his interests or how long he wants to commit himself to one profession, law is an attractive starting point.... There is also security in knowing that if a second profession fails, one has the option of returning to the challenging and secure practice of law." 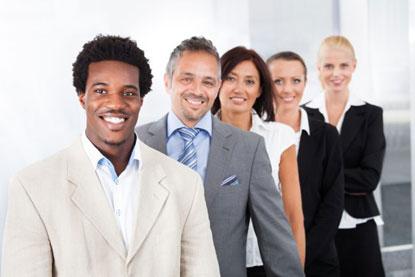 The people who want you to consider law school are very careful to remind you that it's OK if you're indecisive about your future. For example, within the last few years, the law school authorities said this in their highly popular book, The Official Guide to U.S. Law Schools, formerly known as the Pre-law Handbook:


The law touches virtually every aspect of not only American society as a whole but of our lives as individuals.... American law practice is so diverse that it is difficult to describe what the "typical" lawyer does. Each lawyer works with different clients and different legal problems. ...A legal career is diverse enough to satisfy nearly any preference...

It's true that the law is everywhere we turn, and that lawyers are the ones who work with that law. Also, lawyers do many things besides practicing law. They become corporation executives, politicians, and Hollywood script-writers. You name it, and you can find lawyers doing it.

There are many roles within the law. There are advocates, who argue on behalf of the client; counselors, who advise the client on his/her options; and negotiators, who do a little of each. We might add that there are drones, who churn out reams of paper; grubs, whose thankless library labors allow the glamorous advocate to pour forth brilliant insights; and hatchet-people, who "facilitate" matters that are too petty to warrant much attention from the big-time lawyers.

We probably shouldn't go too far with this notion that the law is infinitely diverse, however. There are limits. Otherwise, we wouldn't call it "law." We'd just call it "working for a living." Law doesn't train you to ride broncos or design highways. Your years of law study and practice will lead you to jobs and attitudes that are very different from those of non-lawyers.

Law schools do offer a diverse selection of courses. But they're all law courses. If you want to get into another field, you have to go outside the law school.

Similarly, you'll find variety after graduating, when you go into law practice and get introduced to a number of subjects. It is one thing to be a lawyer who gets to learn a little bit about, say, farming, while defending a farmer who's been sued. It's quite another thing to go back to that farmer after the lawsuit is over and see if he has the least interest in hiring you to work with him there on the farm.

You can take your law degree and your pride out into the nonlegal job market, but unless you've got marketable nonlegal skills, you're apt to come back a humbler person.

The point is, you're getting diverse training, but it's diverse only for purposes of practicing law. You'll have, at most, one or two nonlegal areas in which, after a number of years, you may know enough to be able to consider a second career. In this sense, law really isn't all that different from any number of other pursuits.

Lawyers can indeed become almost anything else, once they've gotten their basic training in law school. But why in the world would we give law the credit for that? These are some of the brightest people in the country. They could have gone into those other fields right at the start. The question isn't whether law school helped them to reach these nonlegal positions. It's whether they wasted a lot of time with law instead of proceeding directly to where they ended up.

In lieu of diversity in the job market, you might be intrigued by diversity in the classroom. You can tell yourself that law school will surround you with unique, special people. But you might want to think about what got these people into law school. The fact is, a lot of them are extreme nerds. Flamboyant they're not. They've proved that they can study endlessly. You should plan on doing some searching if you want to find stimulating friends.

You'll definitely find talented people in law school. But talents require feeding. If someone is willing to devote the time that law school demands, they've probably decided that their other talents weren't really that great or important. They're voting against, not in favor of, self-expansion.

You can benefit from asking yourself what kind of diversity you're seeking from your legal education. If you just want an excuse to pass three years without making any serious decisions, this will do, although you could probably find alternatives that would be more fun, productive, and affordable.

Many have criticized the notion that the law is diverse. But lawyers do wind up doing a wide variety of things. Isn't that good enough?

Look again, if you will, at that last quote from The Official Guide, and particularly the last sentence of it. It expresses a slightly different idea. It says, not that lawyers as a group are diverse, but that any individual lawyer's career can be "diverse enough to satisfy nearly any preference." That makes law school much more tempting. It sounds as though, once you become a lawyer, you'll get to decide whether to spend your days working with one, or three, or a dozen different kinds of law and people and activities.

Unfortunately, that's so wrong that one can't believe they wrote it. It may be that lawyers do many different things. But each individual lawyer is apt to be stuck doing the same thing over and over again. Just because one ant goes in one direction and another ant goes in another direction doesn't mean that every ant is free to go in any direction.

A lawyer is a professional. That requires him/her to become highly skilled in a few specific ways. People don't hire lawyers who'll have fun and make it up as they go along. Clients want a lawyer who has proved him/herself under fire in the same kind of situation many times before. If you practice law in an area that excites you, that's great, because you'll be doing a lot of it. But if you want to spend your career on a free ride around the intellectual world, you need luck. It's possible to get that kind of legal experience, but it's not likely. That's just not how most legal careers work.

People who spend too much time studying in college sometimes lose track of one final aspect of diversity. Their heads are telling them that "diversity" means learning lots of interesting subjects. But their hearts are telling them that "diversity" also means working with different kinds of people, going different places, and maybe even wearing different kinds of clothes. In these non-bookish ways, your experience with the law may not be merely less diverse than some people promised. It may not be diverse at all.

It was fine. The search functionality was quite good and also found job alerts really useful.
MarthaÂ Mackey-Downs

LawCrossing Fact #202: Our job alert feature allows you to receive job listings that fit your search criteria directly in your email inbox.