Michele A. Roberts Has Been One of the Nation’s Best Civil Attorneys for the Past Thirty-Three Years

The University of Memphis Cecil C. Humphreys School of Law
< Back To All Articles

Hugh F. Keefe is One of the Best Trial Lawyers in Civil and Complex Criminal Litigation

Share
Tweet
Linkedin
2785 Views
( 281 votes, average: 4.5 out of 5)
What do you think about this article? Rate it using the stars above and let us know what you think in the comments below.
Personal Life 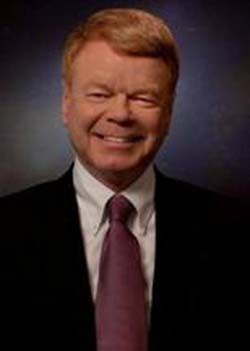 Hugh F. Keefe is a senior managing partner at Connecticut's Lynch, Traub, Keefe & Errante, P.C. For forty-six years, he has built a national reputation as a litigator who specializes in civil and complex criminal cases in federal and state courts. Mr. Keefe has taught Trial Advocacy at the Yale Law School for thirty-four years (since 1979). He became the first attorney in the United States to be board certified in criminal as well as civil trial advocacy. Mr. Keefe earned that dual certification from the National Board of Trial Advocacy (NBTA) in 1980. The attorney has been re-certified by the NBTA in both fields every five years. Mr. Keefe was also certified in Civil Pretrial Practice Advocacy on April 25, 2012. He is one of six attorneys in the country certified in three specialties by the National Board of Legal Specialty Certification.

In 1980, Mr. Keefe was chosen as a Fellow of the American Board of Criminal Lawyers. He was selected as a Fellow of the American Bar Foundation in 1988. Since 1982, Mr. Keefe has served as a Special Master in the U.S. District Court. Since 1994, the top-notch attorney has served on the Quinnipiac University Board of Trustees. When the Editorial Board of the Connecticut Law Tribune was created in 1986, Mr. Keefe was selected as a charter member and he served on the Board until 2003. He has been a lecturer, moderator and/or panelist at several conferences and seminars supported by various law schools, Bar Associations, radio and television programs, Judicial Department training seminars, colleges and other groups throughout his legal career. Mr. Keefe has published many articles in various newspapers, magazines and legal journals. The attorney is a member of the New Haven, Connecticut and American Bar Association and the Connecticut Trial Lawyers Association.

Over the years, Mr. Keefe has been awarded with several distinctions. He has held an "AV" (pre-eminent) Martindale-Hubbell rating, which is the highest rating presented to any individual lawyer. Mr. Keefe has earned several recognitions and professional awards throughout his legal career, which includes the Distinguished Alumni Award from his undergraduate college and law school, Quinnipiac University in 1991 and the University of Connecticut School of Law in 1985. On May 9, 2004, he obtained an Honorary Doctor of Laws degree from Quinnipiac University Law School. In addition, Attorney Keefe was selected as an Associate Fellow of Saybrook College, Yale University in 2007.

In 1984, he was inducted as a Fellow into the American College of Trial Lawyers. Connecticut Magazine listed Mr. Keefe as one of the five "Best Lawyers in Connecticut." In the July 2006 and 2007 editions of New York Magazine, Mr. Keefe was selected as one of the best attorneys in the New York area. He has been chosen for inclusion in The Best Lawyers in America each year since its original publication in 1983. After Super Lawyers Magazine conducted a poll of attorneys, Mr. Keefe was also selected by Connecticut Magazine as the "Super Lawyer" with the highest amount of votes in the State of Connecticut.

In 2008, he was listed by the Irish Voice Newspaper & Irish American Magazine to their inaugural Legal 100, which was the first publication of the top 100 Irish American attorneys in the country. Mr. Keefe was active in the Connecticut Bar Association. In 1997 and then from 1999 to 2000, he chaired its Officer Nominating Committees; from 1979 to 1982, he chaired the Criminal Justice Section; and has served on the executive committees of the Criminal Justice Section and Federal Practice Section since 1975 and 1980, respectively.

Mr. Keefe was born and raised in Boston, MA. He graduated with a B.S. in Accounting from Quinnipiac College and earned his J.D. from University of Connecticut School of Law, where he was the recipient of the George J. Sherman Scholar.

Does Mr. Keefe have a most memorable law school experience? He enjoyed serving as President of the Student Body during his final year of law school. Mr. Keefe also enjoyed volunteering as a public defender in Hartford Criminal Court, which influenced him in his decision to become a criminal defense attorney.

The Super Lawyer was asked if he received any awards or participated in any internship that influenced his decision to go into the law? The candid attorney claimed, "I couldn't stand accounting by the time I reached my senior year. That motivated me to go into the law."

Mr. Keefe discussed why he became an attorney. "I attended law school because I saw movies about criminal defense attorneys and it was far more interesting than being an accountant. I am thrilled about going to court…I am still thrilled."

So what is the best part of his job? "Representing clients in court and trying cases."
What is Mr. Keefe known for professionally? "I am known for representing individuals charged with crimes."
What area of the law is he most passionate about? "Criminal law and the preservation of juries."
Is there an area of practice Mr. Keefe would like to develop further into? "No. The firm does everything but patent law. We cover the waterfront."

In regards to his strengths and weakness, he acknowledged, "I am blessed with a passion for the law and I work long hours." As for his weakness, he said, "I am not patient and I am less patient as I get older."

What does Mr. Keefe think about the legal field today? "I think it's a terrific way to make a living and it's a great profession. There are fewer fellowships than there were before, but overall its still a terrific job."

What would he change about the legal field? Mr. Keefe explained that individuals who were convicted in criminal courts usually had to serve incredibly long sentences. He also noted the issue of overcrowded prisons in the U.S. Mr. Keefe would like to revamp the system and promote deterrence rather than long sentences. He would also like to decriminalize legislation.

If he weren't a lawyer, what would he probably be doing? "I would be a journalist."

The trial lawyer was asked where he sees himself in five years' time. "Still right here, practicing the law and trying cases."

What motivates Mr. Keefe to be an attorney everyday? "I love the practice, the job and going to court. I also love to help people and I like the fact that people think I can help them."

Teaching at Yale Law School, Board Certified in Civil and Criminal Trial Advocacy, Serving as a Special Master and Speaking Engagements

Since 1979, attorney Keefe has taught Trial Advocacy at the Yale Law School. What motivated him to teach? "I receive enormous enjoyment. I do some good and I learn a lot."

During his legal career, Mr. Keefe has been a lecturer, panelist and/or moderator at several seminars and conferences supported by various Bar Associations, law schools, colleges, radio and television programs, Judicial Department training seminars and other groups. Will he continue his speaking engagements? "Yes. I still do some of that and I occasionally talk on radio shows."

Does Mr. Keefe have a mentor? "Senior partners at the firm were my mentors. In 1970, I had the fortune of serving as a special public defender and I represented the Black Panthers. I got to work with the late Charles R. Garry and Walter Gerash."

Does Lynch, Traub, Keefe & Errante, P.C., handle pro bono work? "Yes. Everybody has to and we do our share."

Is there anything else you care to share professionally or personally? Mr. Keefe said, "I am married to a criminal lawyer and it's beneficial because they understand [the necessary] time commitment. I am lucky in that regard."

Please see this article to find out if litigation is right for you: Why Most Attorneys Have No Business Being Litigators: Fifteen Reasons Why You Should Not Be a Litigator