By Google+, Follow Me on
What do you think about this article? Rate it using the stars above and let us know what you think in the comments below.
Professional Life

Pamela Starr is the President/CEO and Virtual Paralegal Extraordinaire of StarrParalegals, LLC, a virtual paralegal services company based in Georgia. As a virtual paralegal, she provides paralegal services to lawyers throughout the United States with a focus on Creditors' Rights & Bankruptcy, Commercial Transactions and UCC. Prior to opening her company, Pamela worked for a variety of firms and companies, dabbling in oil & gas, intellectual property & trademarks and employment law. At one point, Pamela worked as a Bankruptcy Specialist for the Resolution Trust Corporation. She has twenty-five years experience as a paralegal, and five of those years have been devoted to successfully running her business in the great state of Georgia. 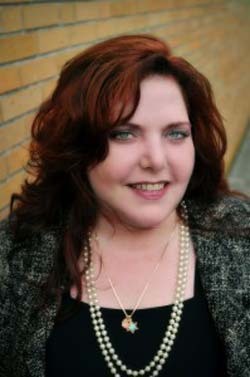 Pamela has been a leader in Atlanta's paralegal community for more than fifteen years. She has spoken at several state-wide and national paralegal events and webinars and has presented her webinar, "Demystifying Electronic Filing; A CM/ECF Primer" for both Legal Typist and The Organization of Legal Professionals. Pamela been published in the National Paralegal Reporter; the e-book, Sixty-Six Tips from Your Virtual Paralegal Success Team, and The Paralegal Mentor article, "Virtual Paralegals' Top Ten Favorites." She was also featured in the December 2010 issue of BankruptcyProfessional.com and in a March 2012 Law Technology News article about virtual paralegals.

As a new start-up, StarrParalegals achieved 2nd place in 'Best Start-up Potential' in the 2009 Concept2Reality Competition. Pamela was the recipient of the Champions Medal Foundation CTJ 2010 Diva Award. In 2011, Pamela was nominated by her colleagues as a 2011 Georgia Powerhouse Paralegal and chose by ParalegalGateway as a 2011 Paralegal Superstar. These accolades were followed in 2012 when her blog, Pamela the Paralegal was chosen by the Criminal Justice Degree Schools as a 'Top 25 Paralegal Blog' and StarrParalegals was won top honors in the StartupNation Home-Based 100 Business Competition.

The dynamic and multi-talented woman has launched a new venture called Sessions with a Starr. Pamela said, "Sessions is a consulting program dedicated to dragging professionals (including lawyers and paralegals) out of their brick and mortar offices and into the cloud and helping them to redefine their career options in an evolving economy." Readers can also follow what's current on her blog, Pamela the Paralegal.

Pamela was born and reared in Texas. She graduated with a B.A. in Political Science (with minors in Psychology and Classical Civilization) from The University of Texas at Austin. Immediately following graduation, she attended and graduated from Southwestern Paralegal Institute in Houston as a 'certified paralegal'. Southwestern was one of the first institutions in the United States that provided ABA approved paralegal certification programs. In 2006, Pamela received her credentials as a Certified Bankruptcy Assistant (CBA).

On May 20, 2012, Pamela earned a Master of Science of Law (J.S.M.),cum laude, in Bankruptcy & Restructuring and E-commerce from Thomas Jefferson School of Law in San Diego and is currently pursuing a Master of Arts in Training and Development from Roosevelt University in Chicago.

On a more personal note, Pamela describes herself this way: "I'm a left-handed, redheaded stepchild, born on Friday the 13th in the Great State of Texas … I survived a colorful, albeit dysfunctional, childhood (to the annoyance of some); I'm the proud mother to two beautiful cats - Mr. Sulu & Lt. Uhura (did I mention that I'm a Trekkie?); oh, and I'm Ken Starr's daughter

Chere Estrin, CEO of Paralegal Knowledge Institute, has the “Midas Touch” in the Legal Field

Chere Estrin, CEO of Paralegal Knowledge Institute, has the “Midas Touch” in the Legal Field