Mediation & Paralegal ServicesCatching Up With Mianne L. Besser, A Well-known Paralegal in Denver

Share
Tweet
Linkedin
53 Views
( 9 votes, average: 4.9 out of 5)
What do you think about this article? Rate it using the stars above and let us know what you think in the comments below. 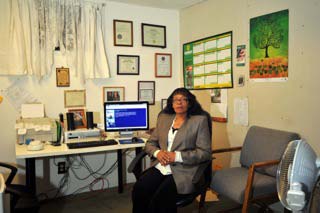 Cassandra Goode-Kitchen owns and manages Paralegal Services Inc., located in the greater Denver metro area. She is a freelance paralegal who specializes in contract, criminal, litigation, ship and constitutional law. Prior to opening her company, Cassandra served as an account executive and advertising specialist to three radio companies stationed in St. Louis, MO. She was on the board and served as a member of the Superintendent Parent Advisory Council (SPAC) for District 50, Westminster, CO. Cassandra used to be involved with the Parent Teacher Association (PTA) and she is currently volunteering at the Front Range Community College, where she assists in the legal field. She has eleven years experience as a legal staff member, and three of those years have been devoted to successfully running her business in the great state of Colorado. The businesswoman also provides notary services.


Cassandra was born and raised in St. Louis, MO, but she has resided in Colorado for more than thirty years. She is married and has two sons. In 2002, Cassandra earned her Paralegal Studies Diploma from the School of Paralegal Studies, located in Atlanta, GA. The curriculum she studied was published by West Publishing. She received her certification in business from Front Range Community College in 2010.

When the paralegal isn’t working, she enjoys reading and writing. Cassandra is currently writing a novel. She also used to enjoy skiing and horseback riding. Cassandra is an avid Denver Broncos and San Francisco 49ers fan.

Why did Cassandra decide to become a legal staff member? She explained that when she met with SPAC once a month, the board members used to encourage her to become a paralegal. After Cassandra received her certificate in business, she wanted to become an entrepreneur and she decided to open her own law office. The paralegal claimed, “I always had an interest in the law.”

When asked if she transitioned into law, Cassandra said she was always involved with the law since she earned her paralegal studies diploma. However, the businesswoman was an account executive and advertising specialist for three radio companies before becoming a paralegal.

Cassandra discussed the best part about her job. “I enjoy being self-employed. It is also a fulfilling position to help others who don’t understand how the justice system works.”

Why does the paralegal like working for herself? “Because I feel like I can take instructions from myself. I am very disciplined and I like the gratification of the decisions I make. The choices I make are the right ones and are not somebody else’s choices.”

Cassandra talked about what she is known for professionally. “I am known for litigating and I have a knack for talking.” The paralegal pointed out that she took public speaking classes and she served on the board and was a member of SPAC.

Cassandra gave her opinion about the paralegal legal field. “I feel it is a lucrative field. However, it’s hard to be a freelance paralegal. Most paralegals are tied to a firm and are instructed by an attorney. I am not tied down to an attorney. I can contract with any attorney.”

What would she change about the paralegal field? “I wouldn’t change anything, but I would like to see more expansion of freelance paralegals.”

Since Cassandra has eleven years experience as a legal staff member, many readers may want to know what her advice is to new and recent legal staff members. She simply stated, “Don’t give up. That is the main point.”

What would Cassandra tell students who are contemplating becoming a paralegal? She advised, “By all means, pursue it. The law is one of the oldest professions. You can’t go anywhere without the law. It will never die. It’s a great profession to get in.”

Where does the businesswoman see herself in five years? “I will be more established and grounded. Since I am a freelance paralegal, I am not upheld by a law firm, a 9-5 job. I work for myself and it will take five years to see if I make or break it. I would like to be established and I would like to make a name for myself. I will visit more courts and see more judges and attorneys.”

If Cassandra wasn’t a legal staff member, what would she be doing? The candid paralegal said, “I don’t have a clue.”

Admiring a Non Profit Organization, Can’t Give Up Smoking, a Rewarding Position and Goals

Cassandra was asked if she admired any non-profit organizations. She said that she has great admiration for Legal Aid. “The law is about helping people.” Cassandra explained that Legal Aid assisted individuals who can’t afford an attorney. Even if individuals have no money, Legal Aid will represent you in the state that you reside in.

What would be impossible for the paralegal to give up? “Nothing is impossible to give up. I smoke and I don’t want to give it up.” Cassandra recalled that her pastor advised her to give up smoking, but she told him she had no intention of quitting.
Why does she find her position rewarding? “Because I am always learning something new about the law. The law changes every day and it’s a learning experience.”

Is there a downside to Cassandra’s position? “I would like more clients. I don’t get as much work as I would like, but I am new in the field. Being a start-up company…it’s harder to obtain clients, but you have to stick with it.”

Does the Missourian have goals? “To be one of the best paralegal services in the industry.”

*** Cassandra Goode-Kitchen is not an attorney and can't give legal advice. ***

LawCrossing is an excellent site and I am really pleased with its services.
Paige

LawCrossing Fact #191: LawCrossing adds hundreds of additional domains every week, allowing us to provide you with access to more job listings every time you conduct a search.