The Original Plan of a Professional Legal Career, and ThereafterHow to Land Your First Job as a Lawyer
< Back To All Articles

Getting into the Law Firm

Share
Tweet
Linkedin
44 Views
( 7 votes, average: 4 out of 5)
What do you think about this article? Rate it using the stars above and let us know what you think in the comments below.
Any clown can get a job as a lawyer. The goal is to get a good job. It's a complicated process, and it starts early. 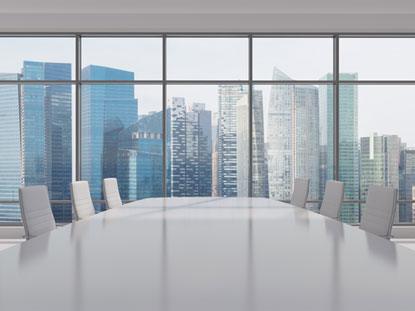 For me, it began at the end of my first summer. That's when it became important to land a spot with a good firm for the second summer, still nine months away. That next summer's job provides two things: (1) the name of a real, live law firm on your resume and (2) with any luck at all, an offer of permanent employment from that firm, to commence after taking the bar exam. Even if you didn't take that offer, having it would reduce your anxieties and increase your options.
The games begin in August and September. The first year of law school is over, and so is the crazy pressure. You know you can make it now. Armed with that confidence, you begin the second year knowing that you must get the job first and worry about the schoolwork later. The law school's "job fair" will attract hundreds of law firms, and you'll respond by donning your suit and peddling the flesh daily.

Law professors hate that. They complain about how "intrusive" the interviewing process is, with its absenteeism and distractions. And, officially, the ABA backs them up. Strictly speaking, students who do not attend classes on a "regular and punctual" basis are in violation of ABA rules, and theoretically cannot receive credit toward graduation.

But that's all ignored. You go for broke, because after a certain time, the opportunities fade away. The best law firms like to fill next summer's openings by mid-autumn.

I saw this, and I responded by interviewing a lot and polishing my act. I learned to dress right, to talk more slowly, and to make my resume look good. I discovered that interviewing was like taking an exam. You had to be sure to touch upon all the points that the professor wanted to see. Even if you didn't know what you were talking about, merely mentioning the right topics showed that you had your head on straight.

Most interviews consisted of a pretty tedious exchange of pleasantries, followed by an even more banal review of what you had done with your life, what you thought of law school, what your plans were, etc. Then it was your turn, and you got to ask the same old questions, one interview after another, about the firm's policy on something or other, the numbers of attorneys working in each of the firm's divisions, and the most interesting projects now underway in the firm.

In many cases, you could find this information just by looking at a handy book full of data that the law school distributed to each student. I hated asking my boring questions and hearing their dull answers, and I hated, even more, the thought that the answers were in the book and that both the interviewer and I knew it. When I'd ask something really obvious, I was sure that the interviewer considered me too lazy or stupid to open the book and find the answer for myself.

The fact was, I simply didn't know what else to say. When I started this job search, I had never even been inside a law firm like the ones I was trying to persuade to hire me now. I wouldn't have felt stiffer if the Wicked Witch of the West had transformed me into the Tin Man.

Once or twice, I tried a more direct approach, where I basically said something like, "Look, I don't have any idea what's important at this point. I just want to work in law for the summer, see if I can stand it, and then step back and do some serious thinking when the summer's over. I'm a smart fellow, and I'll work as hard as the next guy, so why don't we go get a beer and just blow off the rest of the afternoon?''

Actually, if I'd had the nerve to blurt that out with some degree of confidence, it might have worked. The way I said it, though, it sounded pathetic. You can't ask interviewers for charity. It offends their sense of duty to their firm, and anyway they probably don't believe in it.

It was war in these interviews sometimes. One stuffy old guy informed me that the interview was at an end, after I implied that a few of my hardest-working classmates like he'd probably been during law school were also flaming jerks. In another, I'd been warned that the interviewer liked to make fun of people, so I let him get as far as chuckling at my resume before I said to him, "Sir, your reputation precedes you. There's somewhere else I'd rather be," plucked my resume" from his hands, and walked out.

The follow up interviews at the firms were sometimes even stranger. Half the time, I didn't know what the hell to do with myself. I'm quite a bit taller than a lot of the attorneys who interviewed me, and I felt kind of gawky when I tried to follow them around the firm at their slow pace rather than my customary gallop. Similarly, if I was too considerate and pleasant, I was afraid they'd think I was a bootlicker, but if I was too lively and aggressive, I risked being seen as a loose cannon. I couldn't bring up any subjects that interested me, because everything that interested me had nothing to do with what interested them. It was all just the damnedest thing.

Some follow up visits had me going out to lunch with the whole gang and having a great time, while in other lunches I sat across the table from some stuffed shirt who was practicing to be God. Some firms put me in a pressure situation in which three partners would be grilling me at once, whereas other firms would let me cool my heels in the lobby for half an hour at a time while they forgot I was there. Ultimately, the ones that forgot who I was seemed to be the most willing to give me job offers, as though they had confused my resume with that of another person whom they couldn't remember either.

After enough of this, I got pretty smooth at it, and landed some opportunities. But I had no depth, no way of deciding what to do. Never having worked in a law firm before, I did not know what was important to my future.

Except for the poverty law soft hearts, my classmates all seemed to want to go to the big, famous firms. Their logic was clear. Most people do not stay at their first law jobs for their entire careers. By starting at the best known firms, they would have an excellent credential with which they could land top flight positions in their next jobs.

I saw drawbacks in the big firms, however. They tend to have bad partnership odds. Despite the claims of excellent training, I suspected that, the smaller the firm, right down to solo practice, the more you're on the line and the more quickly you learn. I felt that big firms could push you into a degree of hasty, narrow specialization that smaller firms could never manage, and that they could afford to let you become miserable, whereas a smaller firm would have more of a need for you to turn out OK. Big firm life seemed lonely, and big firm lawyers seemed short on firm loyalty.

I guess, I also had the I don't believe in divorce attitude. I wanted to choose well and stay at my first job a long time. Thus, I wanted it to be friendlier than the big firms had seemed to me. Also, I hoped to have a life outside the job, which meant that I wanted to avoid the extreme working hours you find at many big firms.

So I decided to take my summer job at a small firm on Wall Street. It paid nearly as much as the biggest firms and it seemed to offer the things I wanted. I accepted their offer in the autumn of my second year of law school, and turned back to my studies for the balance of the year.

LawCrossing Fact #4: LawCrossing is run by a team of managers, programmers, and writers who know and understand the law industry.