Share
Tweet
Linkedin
21 Views
What do you think about this article? Rate it using the stars above and let us know what you think in the comments below.
We are faced with a reality that must be acknowledged after considering the basics of your professional package. It is the qualification/disqualification process. 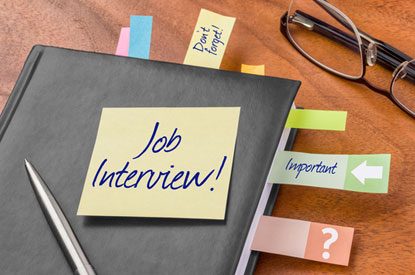 Janus, a Roman god, had two faces. Ever watchful, he was the guard of the temple. As you walk the road to your job, you must recognize the two faces of Janus, which are mirrored on the heads of the Janus Sentries: the face of qualification and disqualification. Imagine that you are on a mythical quest, caught on a windswept cliff on a Hero's journey. At every pause you see a two-headed guard, watching your journey. If the guard turns the smiling face at you, you can continue; if the sour expression leans toward you, you know you are in danger of being turned away. When you get the smile of approval, you are invited by the guard to pass on, and you merrily proceed, thankful that you have made it past another barrier. The Janus Sentries exact the greatest toll early in the journey.


The disqualification process is the most ruthless at the beginning stages of the hire. At each stage the field is reduced, and the disqualification process continues to work, thinning the field. After the applicants have been basically qualified, then the urge to disqualify is more subtle. It takes on subjective and arbitrary characteristics in the interview stage. The message that is given to those in charge of reviewing the first group of applicants is basically, "Here are 25 cover letters and resumes; give me eight for the first interview."

The cover letter is more important in the first stages of the process, in which disqualification is more likely than qualification.

A reason to network

A formal advertisement in a school, newspaper, or association will garner a large number of applicants. In a networking situation, the disqualification process is less in evidence. The mandate to scrutinize and reject you is not present, because you are not one of many applicants responding to an advertised lead. You may be the only one they are considering! This is another reason to choose networking over ad-based searches: Symbolically speaking, the back door is right next to the hiring door, while the front door is at the other end of a series of obstacles. Responding to a formal advertisement is the most challenging job search method, and, because the odds are against you, it puts the written presentation and other job search basics in the forefront.

Narrowing the Field-The Importance of an Effective Cover Letter

The person who is told to throw out 40 resumes will do so with a number of different standards in mind. The first elements we will deal with have to do with basic standards. These basic standards are fairly universal and must be met by all applicants. There are exceptions i.e. people who get hired in spite of violating one or more of these standards, but they are also exceptions that prove the rule.

In the hurry and tension of the job search process, the paralegal applicant must meet the basic requirements and craft a letter that creates an "above average" image. The most beautifully crafted letter, loaded with skills and meaningful experience-but unsigned-will most likely be rejected. This is the pressure you are under-write a good letter, cover all the basics, and don't forget to sign the cover letter.

A cover letter printed on a top-of-the-line laser printer on the most expensive bond that has misspelled a name in the firm is headed for the wastebasket. The best applicant who seems to fit the job better than any other can be rejected in the first disqualification stage, if there are typos on the cover letter. These standards are used because they reflect upon professionalism. They are also the easiest way to bring a group of 50 down to 10.

Your goal must be nothing less than making sure you are not disqualified. At times when individuals are frustrated, they call and ask, "Why can't I get any interviews?" The first thing I tell them to do is to take a look at those cover letters. They could be too wordy, awkward, unfocused, impersonal, abrupt, or just riddled with grammatical and usage errors. In short, the cover letter could be the enemy; they did not even get to your resume. The disqualification process, especially at the early stages, can be dealt with by simply taking care, writing professionally, and going over and over your work.

The cover letter that is simply "correct"

Many people simply write cover letters that are mistake-free, short, and "correct." This approach works because (1) you do not disqualify yourself with mistakes and (2) a short, terse cover letter points the reader to the resume, which is one of the purposes of the cover letter. There is great virtue in not getting yourself disqualified by saying too much or being overly wordy. But the merely "correct" letter often does not "jump out" at the reader and create a compelling reason to interview.

Why to have a cover letter anyway?

These four purposes show you why writing a letter that is merely "correct" and creates "no impression" can be a liability in the overall hiring process. A letter that is short and merely correct does not show much of the "person", but it does not hurt you, per se. It does reduce "rejectability factors" and thus helps you. Since it is short and terse, it may not show how you "fit" the job, unless you are a "perfect fit" based upon your resume. Since it shows so little of you, it probably does not give a full picture to assist in "comparing" you with competitors. And competition is the key word here.

Narrowing the Field - The Importance of an Effective Cover Letter

Ironically, one of the enemies of persuasive, enthusiastic, compelling cover letters is the personal computer. Because people can write standard cover letters and print them out as a "freshly created" letter, they do. They simply plug in different addresses and names and dates and print away. Before the PC, cover letters had to be typed individually each time. This put more stress on job applicants, but it also forced them to create individualized cover letters. You can get disqualified immediately if you send a cover letter printed out on a dot matrix printer on low-quality paper, with the feed guides torn from the side of the paper.

The quality, specificity, personality, and focus of cover letters would dramatically rise if people labored over cover letters just a few minutes longer each time one was written, to make sure that that particular written presentation was their best attempt at being compelling. A compelling cover letter stands out because it reads as if it were written for the first time. When a letter does not specifically address the job description, practice area, or some other unique quality, then it seems like a literal "cover letter"-something written to go on top of a resume simply because the rules say you have to write one. A successful cover letter does the following:

The concept of extra added value is one that is heard in seminars concerning new management techniques and philosophies. Suffice it to say that the simple act of listing the contributions you can make, or qualities you bring to the job, or skills that constitute the package that is you, will make you stand out. The concept of added value is one that you must take with you to the interview and the resume, but it must begin with the cover letter. When you craft your cover letter, you are focusing on your best qualifying features. If all goes well, the recipient will meet you and discover the totality of you and your attributes. Eighty percent of the hiring process takes place in the interview, so getting called for an interview is the primary goal of your resume and cover letter. An impressive cover letter gets you noticed. If your cover letter has some personality and stands out from the crowd, it could be the edge you need to be interviewed. Paralegals who think the cover letter is just a "cherry that goes on top of the ice cream" are missing the dynamics of this very important part of the effective job search.

About LawCrossing
LawCrossing has received tens of thousands of attorneys jobs and has been the leading legal job board in the United States for almost two decades. LawCrossing helps attorneys dramatically improve their careers by locating every legal job opening in the market. Unlike other job sites, LawCrossing consolidates every job in the legal market and posts jobs regardless of whether or not an employer is paying. LawCrossing takes your legal career seriously and understands the legal profession. For more information, please visit www.LawCrossing.com.

Great Variety of jobs! I was very pleased with how much information each job listing entailed.
Brian

LawCrossing Fact #69: Users always have the most up-to-date information on jobs because once a law job becomes available, it is added to LawCrossing.