Share
Tweet
Linkedin
109 Views
( 15 votes, average: 4.5 out of 5)
What do you think about this article? Rate it using the stars above and let us know what you think in the comments below.
It is very important to set out criteria for choosing the best law school for your future professional aspiration. There's room to question the pecking order - not only because it pretends to detect important differences in the quality of the schools, but also because it sometimes ignores schools mat seem to be quietly doing a good job of getting their graduates into high places. For instance, I was surprised, when I once paged through the Martindale-Hubbell Law Directory™ to see how many of the lawyers in good law firms had gone to obscure schools. In the same spirit, a random look at more than 600 attorneys who made it into the Who's Who in American Law gave me this unexpected list, in descending order, of the 10 schools from which most of those attorneys had come: Harvard, Michigan, Columbia, George Washington, Virginia, Yale, Chicago, Fordham, Georgetown, and NYU. 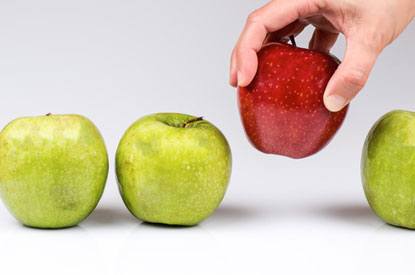 Students often don't, but should, think about more than mere prestige. For example, one writer urges you to find out whether (a) you can take courses outside the law school in relevant subjects (business, for instance), (b) the clinical courses are good, (c) the social life seems limited to beer blasts, (d) student government makes a difference, (e) you have a choice of interesting legal journals to join, and (f) the place has good physical facilities.

Of course, I ignored all that and went to Columbia, mostly because it was the most prestigious school that accepted me. Columbia offered an excellent selection of legal journals and an abysmal physical and spiritual environment.

For instance, you could barely stand the student lounge. The law library's photocopiers were broken-down and primitive, despite the hundreds of students who relied on them. When a graffiti nut lost his mind with a Magic Marker on the stalls in the men's restroom, the maintenance people (who seemed to hate us anyway) responded by simply scraping off the graffiti and the paint, leaving bare metal that eventually rusted. The halls were perpetually half-lit, although at least that helped to hide the filthy walls, army-like metal lockers, and beat-up furniture. The security guards did nothing, unless you forgot your student I.D. card, in which case they'd promptly turn you away - never mind that you'd been coming through there every day, all year, trying to catch their eye to say hello. The students were very driven, which means that many of them did not hesitate to take books off the library shelves and leave them wherever they chose, forcing you to spend 10 minutes at a time, hunting through the entire library to find each missing volume

By way of comparison, I've recently done some work in the law library at the University of Colorado at Boulder. I
Think we snobs at Columbia would have looked on this school with disdain. It's not ancient, or famous, or expensive.
But they're friendly, at least by New York standards, and they seem to trust each other out there. The students have their own assigned desks in the library, where they leave pens, notebooks, sweaters, even their briefcases - not just for a few minutes, but over the entire Christmas break. Nobody seems to steal anything.

All of the photocopiers at Boulder are modern, and they've all been working whenever I've visited. I wanted to use them, so I bought a copy card at the front desk for $20. With $17 worth of copies still on the card, I forgot about it and walked away, leaving it in the machine. An hour later, I remembered it and went racing back; to find that some honest soul had turned it in at the front desk. I did it again a couple of days later, and, again, it was waiting for me up front. A woman there said the same thing had happened to her.

It blew me away. Columbia was not like this. If I'd dropped my copy card at Columbia, people would have followed me to see if I was going to drop anything else. I wished I had known, when applying to law school, how different one school's students can be from another in terms of warmth and respect.

Most pre-law students don't deeply investigate the question of which law school would be best for them personally. Certainly not if it's a choice between Columbia and Boulder, The pecking order is hard to buck. You'd need an awfully good reason to reject a top school.

That's what the statistics say, anyway. The big-name schools get literally thousands of applications for a few hundred spaces, and those applications come from the college students with the best GPA's and LSAT scores. There's no denying the importance of prestige in this process.

So you wind up with a funny result. The students who are brightest and most questioning get in line behind one another, applying to the same schools in the same ways for the same reasons. They come a long way, in a very short time, from
Their initial doubts about going to law school.

But why? What is so compelling about law school and/or the practice of law? What grabs you and makes you shout, a Yes! Yes! That's for me!"

The answer is, you do this because you've got a dream. You buy into a projection, partially true and partially false, that's displayed for you by older people - mostly lawyers - who have their own ideas of what the law is all about.

Wanting It Badly
When you graduate from college, you may be young, but you're not an idiot. If you're hardheaded enough to imagine yourself as a lawyer, then you're probably hardheaded enough to demand specific statements on why you should become one. In response to your demand, you will hear a number of reasons that you may find very persuasive. A few were especially important for me and to many of my peers.

First off, you may be seduced by the thought that, with a law degree, you can do almost anything you'd like. As one lawyer put it...for someone not sure of his interests or how long he wants to commit himself to one profession, law is an attractive starting point. ... There is also security in knowing that if a second profession fails, one has the option of returning to the challenging and secure practice of law.25

The people who want you to consider law school are very careful to remind you that it's OK if you're indecisive about your future. For example, within the last few years, the law school authorities said this in their highly popular book, The Official Guide to U.S. Law Schools, formerly known as the Pre-law Handbook:

LawCrossing Fact #221: We provide the option of applying for jobs via the Internet or using regular mail.