By Google+, Follow Me on
( 66 votes, average: 4 out of 5)
What do you think about this article? Rate it using the stars above and let us know what you think in the comments below. 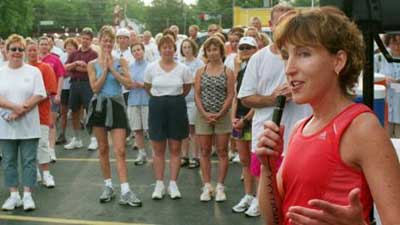 “Kelly has spent her career working on behalf of the most underprivileged in society and has fought tirelessly to ensure the rights of all Iowans are protected. She has a reputation as an extremely talented lawyer with a great sense of compassion and fairness. It was a privilege to recommend her to the White House and, now that she has been formally nominated, an honor on behalf of Iowans.”

Many Iowans would like to see Jane quickly confirmed by the U.S. senate. Progress Iowa, a non-profit organization voiced their opinion when Executive Director Matt Sinovic told the DesMoinesRegister:

“It's time for Senator Grassley and the Senate Judiciary Committee to stop playing politics with our courts and move the nomination of Jane Kelly forward. Any further delay will result in justice denied, and Iowans deserve better from their elected leaders. Kelly will provide an important perspective on the bench as an accomplished attorney, lifelong defender of the indigent and as a woman. Her nomination must move forward without further political obstruction.”

The Gazette reported that Jane's friends and colleagues believe the assistant federal public defender is a great candidate for the 8th Circuit. Stephanie Rose is currently a U.S. District Judge in Des Moines and used to be a U.S. Attorney. Although Rose and Jane went toe-to-toe in the courtroom, Rose said they are good friends and she respects Jane. Rose told The Gazette, “She has a great blend of personality, skills and common sense to make a great lawyer and a judge. Jane is tremendously skilled. I met her in 1997 when I joined the (U.S. Attorney's) office. We had a lot in common – had the same goals and ambitions.”

Judge Michael Melloy, who is retiring from the 8th Circuit, also expressed his enthusiasm for his replacement. According to The Gazette, Melloy claimed, “She is very intelligent and thoughtful. She is a good writer which is important on the appellate court. It will be good to have someone from the public defender realm on the bench.”

The Gazette covered Sixth Judicial District Judge Ian Thornhill's reaction over Jane's nomination. “We had several cases together. I have nothing but respect for her. She is professional and very bright. I consider her a friend as well as a colleague.” Thornhill also worked with Jane when he used to be an assistant U.S. attorney. Sixth Judicial District Associate Judge Casey Jones also praised Jane and he stated she was a mentor to him when he transitioned from being a county public defender to serving the federal system. Jones told The Gazette, “She is one of the most brilliant people I've ever met.”

According to The Gazette, Melloy and other individuals believe that the U.S. Senate will confirm Jane in the summer. Senator Harkin has supported Jane and wants to work closely with Senator Chuck Grassley, who is the chairman of the United States Senate Judiciary Committee, so the Senate can quickly confirm Jane.

The Gazette mentioned that University of Richmond School of Law Professor Carl Tobias believes Jane's candidacy will be reviewed by the Senate in the spring. Tobias studies the United States Senate Judiciary Committee. He said, “Hopefully, Grassley can help move this one through. It's important for her to have his support and the other groups.”

DesMoinesRegister pointed out that Jane and Mary Tabor, who has been a judge on the Iowa Court of Appeals since 2010, were the only names suggested to Obama for the 8th Circuit Bench. The editorial also noted that President Bill Clinton appointed Bonnie Campbell, but the U.S. Senate did not confirm her for the position.

According to kcrg.com column, “Cedar Rapids Attorney Nominated to Federal Appeals Court,” Obama believes Jane is a devoted public servant who has a “first-rate” legal mind.