Legal Battle of Divorce. Can Mediation be an Option?The University of Idaho College of LawUnited States District Court Information - District of IdahoUniversity of Washington's Native American Law Center Teaches Students and Assists Tribes
< Back To All Articles

Share
Tweet
Linkedin
574 Views
( 75 votes, average: 4.5 out of 5)
What do you think about this article? Rate it using the stars above and let us know what you think in the comments below.
Personal Life 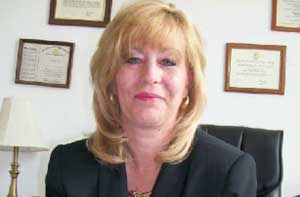 
Kelly was born in the Bronx and raised in Pennsylvania. She earned a B.S. in Legal Studies concentrating in alternative dispute resolution and mediation. She also received a career diploma as a paralegal/legal assistant and is a member of the Association for Conflict Resolution. Kelly is a military veteran and former military spouse of seventeen years. She has since remarried, and has been married to Tom for two years. Tom earned his Masters Degree in Education Administration and currently serves the Kuna School District as a sixth grade teacher. Kelly has four children. Her oldest child, Ryan Peachey, is a second lieutenant in the United States Army and has earned a full scholarship at Boise State University, where he will graduate in a year and a half. Her daughter, Ashley Peachey, is a Sergeant in Military Intelligence in the U.S. Army and has served in Iraq for five years. Kelly explained that her daughter, Shannon Peachey, is a talented musician who plays the trumpet and piano and is very active in 4-H. Shannon is an accomplished student who earns straight A's. The paralegal's youngest child, Brendan Peachey, is also a talented musician who plays the drums and piano and is involved in 4-H. Brendan rescued a starving horse and is also straight A student.

When Kelly isn't working, she enjoys watching her grandbaby, horseback riding and is a Star Director of Scentsy. She achieved the rank of director in three months and was able to achieve Star Director within a year. Scentsy is a direct selling company that distributes liquid candles. She is an avid New York Yankees fan and roots for any Boise State University team. Kelly is a frequent guest of Guido's Pizzeria located in downtown Boise, Idaho. The proud east coast woman said, “It's the only place to make a New York Pizza.”

When asked, “What is mediation?” Kelly replied, “Mediation is when two or more parties comes together to create an amicable agreement.”

Why did Kelly decide to become a legal staff member? She explained that her father encouraged her to become an attorney because she can argue with anybody. Kelly continued to say that her divorce also played a pivotal role in her decision to become a legal staff member. After Kelly went through a divorce and realized how much of a financial and emotional burden it was on two individuals who couldn't resolve their differences and relied on attorneys to end the marriage, she decided to assist individuals so they don't have to endure what she went through.

The paralegal was asked, “What is the number one reason why people get divorced?” She answered, “Lack of communication and there is too much opportunity and determination with our current technology. It becomes a social acceptance to lead couples astray.” Kelly said Facebook and Craigslist are two examples, which can potentially drive couples apart.

The businesswoman discussed how she transitioned into law. She acknowledged that she started working on her own cases and custody issues at home after she advertised on Craigslist.

Kelly talked about the best part about her job. “The best part of my job is seeing people come to an agreement on their own.” The paralegal also enjoys working for herself. “My family is my number one priority in my life. I can set my own hours to be able to provide them with [the] extracurricular activities and education they desire.”

Kelly gave her opinion on the current assessment of the paralegal market. She claimed, “There is not enough mediation in most states and there needs to be proper certification for mediators.”

Since Kelly has over six years of experience as a legal staff member, many readers may want to know what her advice is to new and recent legal staff members. She asserted, “Pay attention and care for people. It's not about the money. It's about caring for people. Give more than you take and it will get back to you three-fold.”

What would Kelly tell students who are contemplating becoming a paralegal? Her advice is pragmatic and straightforward: “Find an area that becomes your niche and learn everything you can about it because that makes you the best you can be.”

Where does the businesswoman see herself in five years? She stated, “I want to know I settled many people's differences in an amicable way.”

If Kelly wasn't a legal staff member, what would she be doing? She said, “Motivational speaker.”

Kelly discussed her greatest achievement. “Being a loving mother and achieving a degree with four children. That's huge. It's never too late for anyone to achieve further education.”

Kelly's mother is her mentor. She told her daughter throughout her whole life: “You can accomplish anything you set your mind to do.”

Kelly visits, write letters and serves meals to veterans. She recalled a blind veteran who asked her to write letters.

One of the businesswoman's favorite non-profit organizations is Catholic Charities. It's the largest private network of social service organizations in the United States, which works to support families, reduce poverty and build communities.

Why does Kelly find her position rewarding? The straightforward paralegal stated, “I love people. By living through my experiences, I can help others be successful.”

The site is very well-organized making it easy to search through everything.
Caroline N.

LawCrossing Fact #37: Users can sign up to receive customized job alerts so they’re in the know when the kinds of jobs they’re looking for are posted.