Understanding the thin line between Mediation and Arbitration

Brandon P. Fisher is a Consistent Community Leader
< Back To All Articles

Share
Tweet
Linkedin
905 Views
( 120 votes, average: 4 out of 5)
What do you think about this article? Rate it using the stars above and let us know what you think in the comments below.
Personal Life 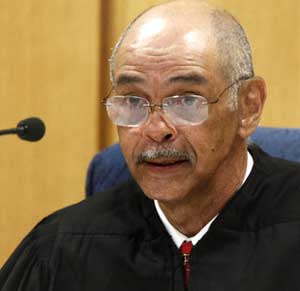 Judge Gregory A. Weeks serves the Fourth Division of the Superior Court of North Carolina. He has been a judge since January 1989 and will retire on December 31, 2012. Weeks earned his J.D. from the University of North Carolina School of Law. After law school, Weeks worked in the private practice of law. He also served as an Assistant Cumberland County public defender.

On Thursday, December 13, 2012, Cumberland County Superior Court Judge Gregory A. Weeks converted the death sentences of three condemned killers to life in prison without the possibility of parole. Weeks made the decision to commute the death sentences of the three murderers because he believes that race had an unreasonable role in the jury selection at their trials. According to a Fresnobee.com article, “NC judge commutes 3 death sentences; cites bias,” the judge's ruling was based on evidence presented at a hearing that lasted for four weeks. The judge acknowledged that prosecutors in each case were determined to diminish the number of black jurors.

Charlotteobserver.com editorial, “Judge finds racial bias played a role in three death row cases,” discusses that Weeks delivered the ruling on December 13, for Christina Walters, Quintel Augustine and Tilmon Golphin after the convicted murderers contested their sentencing under the Racial Justice Act passed in 2009. Charlotteobserver reports that Golphin was imprisoned after killing two police officers, Cumberland County sheriff's Deputy David Hathcock and North Carolina Highway Patrol Trooper Ed Lowry, at a traffic stop. Augustine was sentenced for murdering Fayetteville law enforcement Officer Roy Turner Jr. Walters was sentenced after she took the lives of two women in a gang initiation ritual.
Charlotteobserver noted that Weeks also commuted the death sentence of Marcus Reymond Robinson in April 2012. Robinson is the first of more than one hundred and fifty death row convicts who are requesting assistance under the Racial Justice Act. During Robinson's case, Weeks concluded that hearings had revealed evidence that the jury selection process in death cases at the state and local levels had methodically excluded African Americans.

Charlotteobserver stated that the North Carolina legislature made modifications to the Racial Justice Act. Their goal was to restrict the use of data to the judicial district in which the convict's case was tried. North Carolina's governor rejected the overhauled act, but the legislature overruled her veto. North Carolina's legislature made it clear that the modifications of the Racial Justice Act did not pertain to Robinson's case because his judgment was ruled on before changes were made. People who oppose the death penalty and supporters of using data in prejudice claims have disputed that it would be unjust for all the death row convicts who filed prejudice claims under the Racial Justice Act of 2009 not to have the opportunity to contest their cases under that law.

Charlotteobserver also stated that people who supported modifications to the Racial Justice Act agreed that the law would block executions and would keep death cases tangled up in court for a longer period of time instead of the usual appeals process.

A Fresnobee column states that North Carolina's Republican-controlled legislature recently changed the Racial Justice Act, which influenced Weeks' ruling on December 13. However, Weeks said his judgment relates to the old and new laws of the Racial Justice Act. Fresnobee described the intense atmosphere in a North Carolina courtroom. Relatives of the victims and more than sixty law enforcement officers crammed into the courtroom to hear Weeks' Judgment for Walters, Augustine and Golphin. While Weeks delivered his ruling, the brother of a slaughtered law enforcement officer stood up and cursed the judge for his ruling. Weeks remained calm and stated that the handwritten notes of prosecutors was sufficient evidence that showed they systematically worked to eliminate African Americans from the group of jurors.

Weeks, who is African American, was quoted by the Fresnobee when he said, “This conclusion is based primarily on the words and deeds of the prosecutors involved in these cases. Despite protestations to the contrary, their words, their deeds, speak volumes. During presentation of evidence, the court finds powerful and persuasive evidence of racial consciousness, race-based decision making in the writings of prosecutors long buried in the case files and brought to light for the first time during this hearing.”

Fresnobee editorial cited that Walters is a Lumbee Indian. Golphin and Augustine are both African American. The article reports that Al Lowry, the brother of slain Highway Patrol Trooper Ed Lowry, was irate about Weeks' ruling. Not only did he curse the judge, but he also shouted, “Judge, you had your mind made up the first day.” Al then turned his head towards Golphin who was convicted for killing his brother. He yelled, “Golphin, you'll have me to deal with if you ever get your sorry ass out of here.” Al was ushered from the courtroom by bailiffs, but was not arrested. The editorial also described that while Weeks finished delivering his judgment, police officers began to walk out of the courtroom. A woman who was just as angry at Al shouted that the police officers should remove their badges since the justice system cannot protect law enforcement officers from criminals.

According to the Charlotteobserver, a senior staff lawyer at the Center for Death Penalty Litigation, Ken Rose, said he believes Weeks' ruling will be challenged. He stated:


“Our hearts go out to the victims in these cases. Five people lost their lives in senseless crimes, and we would never diminish the suffering their families have experienced. However, as a justice-seeking society, we cannot allow race to play a role in determining who receives a death sentence in North Carolina. Voiding these death sentences, in favor of life imprisonment, was the only fair thing to do. The evidence that our capital punishment system is infected by racial bias has become too great to deny. But, because some of our state lawmakers don't want to confront this reality, we will be fighting these cases for years to come. We will not rest until we are assured that race plays no role in North Carolina's death penalty.”

The University of North Carolina at Greensboro

With so many facilities in one place, LawCrossing is the best place to search for a job.
Rhys

LawCrossing Fact #220: Our free newsletter ensures that you get essential news relevant to your job market every week.