Share
Tweet
Linkedin
117 Views
( 17 votes, average: 4.3 out of 5)
What do you think about this article? Rate it using the stars above and let us know what you think in the comments below.
Personal Life 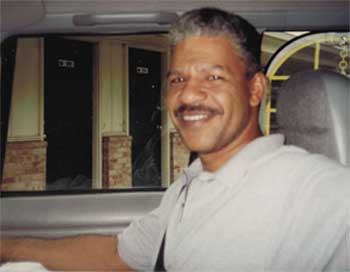 Eloy Wilson owns and manages Accurate Paralegal Services, located in Phoenix, Arizona. The certified legal document preparer does freelance and contract work for attorneys and for the public. Eloy prepares documents for people who want to be represented by themselves. He has been running and operating his business for the past twenty years. Prior to opening his company, Eloy worked for the post office for thirty years and was a union representative for almost twenty years. He became an Administrative Vice President before he went back to school and became intrigued with the legal staff industry. The legal document preparer had previously pursued an education through Gateway Community College in the field of electronics for two years and Phoenix Community College studying Computer Information Systems for a year.


Eloy was born and raised in Denver, Colorado. The legal staff member grew up with a single parent and has two younger sisters. In 1968, he moved to Arizona when he was seventeen years-old. Eloy attended Phoenix College and graduated with an A.A.S Degree in Legal Assisting. He then earned a B.A. in Business Administration from Arizona State University. The paralegal said his most memorable education experience was graduation day.

When Eloy isn't working, he enjoys movies and exercising in the gym and at the park. The paralegal also loves working with computers and admitted he built all of the computers in his office. He had been building computers since
approximately 1990. Two of his favorite books are The Power of Now, written by Ekhart Tolle and Conversations with God, Written by Neale Donald Walsch.

He roots for the Denver Broncos and Arizona Cardinals. The paralegal is a frequent visitor at The Red Lobster and The Olive Garden.

When and why did Eloy become a legal staff member? He proclaimed, “In 1992. I have done different things, but I have enjoyed this the most.” The paralegal explained that he had two years of electronics education with Gateway and CIS education with Phoenix, College, but it was too technical and he felt much more comfortable working in an analytical field. Once Eloy enrolled at Phoenix College he knew he wanted to be a legal staff member.

What is the best part of Eloy's job? The businessman replied, “The background and stories of people, each case is individual, and you never get bored. It's just great. Each case is a challenge. There is always something new.”

The legal staff member was asked if there was a downside to his position. He admitted, “It's time consuming. The position consumes a lot of time for other things that you could be doing in an 8 to 5 unrelated field.”

So what is Eloy known for professionally? The certified legal document preparer stated, “Efficiency, and detail in my work product, and I have the best price around.”

Eloy gave his opinion on the current assessment of the legal market. The legal staff member declared, “It's bigger and more saturated. More and more people are going into the field. Things have changed. More and more people are not detailed, not really thinking how to pursue their field. They need to take their time and think about ways of approaching issues and being creative.”

The businessman also talked about the paralegal industry. He asserted, “It's the greatest thing in the world. It's going to grow and it's not going away. More and more demand for it all the time, especially in such a litigious society.”

Since Eloy has twenty years experience as a legal staff member, many readers may want to know what is his advice to new and recent legal staff members. He stated, “Pay attention to everything that is going on. Listen, understand, and ask a lot of questions. Look things up, and find information on your own. Learn to work independently. Detail and efficiency is very important.”

The paralegal also gave useful advice to students who are contemplating on becoming a legal staff member. Eloy recommended, “Concentrate on what you are being taught. You are not going to retain everything you are taught so do your homework about the field and gather as much information as you possibly can. Networking and obtaining intern opportunities are invaluable. Also, work with other paralegals that are doing the same work. Be very proactive.” The legal document preparer added, “There is a lot of Continuing Legal Education (CLE) out there. I would pursue all that you find is interesting and related to your field.”

Where does Eloy see himself in five years? The paralegal plans on expanding his business. He said, “Building my business bigger and hiring people in the business.”

If Eloy wasn't a legal staff member, what would he be doing? The paralegal confessed, “Some type of social work.” Why? The businessman continued to say, “Because of the people, the job would not be boring.” The paralegal acknowledged that he loved assisting people and that individuals reacted positively to his conversation. He concluded, “And they put my conversation to good use.”

What is Eloy's greatest accomplishment? He said professionally it was graduating from college. His personal accomplishment is that he's grown in life as a person and has “figured out a lot.”

What motivates the businessman? Eloy simply stated, “I just like it. I worry sometimes that I cannot stop.”

Mentoring Others and Non-profit Organizations

The legal document preparer did not have a mentor, but revealed he mentored some individuals while they were studying at school. He assisted students with their homework and helped them through college.

Eloy has been involved with several non-profit organizations. He used to participate in Literacy Volunteers of America, an organization that teaches individuals to read. The paralegal assisted people who didn't graduate from high school. He also helped older individuals who didn't complete their education because they were obligated to work for their families.

The businessman found that Saint Mary's food bank was one of his most appreciated charities. The organization fed a number of people who were hungry. Eloy also worked with the United Way through the Combined Federal Campaign (CFC). Through the CFC, Eloy was able to assist in raising millions of dollars for the needy over several years.

It was wonderful and I will surely recommend it to my friends. Also saw a lot of fresh jobs.
JessicaÂ Rose