The Career path to being a Federal Judge

Share
Tweet
Linkedin
19516 Views
( 977 votes, average: 4 out of 5)
What do you think about this article? Rate it using the stars above and let us know what you think in the comments below.
Where networking and contacts are important to becoming a state judge, the concept is taken to an even higher level on the road to federal judgeship. And political ideology plays a prominent role. 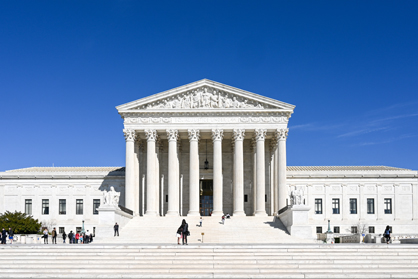 Federal judges are nominated by the President, confirmed by the United States Senate, and serve a life term. Potential nominees are usually recommended by members of the Senate who are from the President's political party. The Senate Judiciary Committee is responsible for conducting confirmation hearings for each nominee. In this framework, whom you know as well as your political leanings count.

"Generally, you should try to get to know your Senator[s], and it helps if you end up working in the federal administration or with people who know people with close contacts to the White House," said Michael J. Gerhardt, Arthur B. Hanson Professor at William & Mary Law School, and author of the second editions of The Federal Impeachment Process: A Constitutional and Historical Analysis and The Federal Appointments Process: A Constitutional and Historical Analysis.

"Generally, Democrats look for people with experience in Democratic politics or on behalf of causes, or cases, of importance to Democratic officials," explained Gerhardt. "Republicans are increasingly interested in finding people with whose ideological commitments they agree. You can express these commitments in various forms and ways, but you risk alienating important politicians on the other side the more openly you criticize decisions with which they agree."

Dr. Kenneth L. Manning, Associate Professor of Political Science at the University of Massachusetts-Dartmouth, agrees. Dr. Manning, who is co-investigator of a database on federal district court decision making and co-author of the book Judicial Process in America, said it is important to have significant political ties to one of the parties, particularly the one controlling the White House. Being the right age is also a factor, he said. For example, if a person is too young, he/she may be perceived as inexperienced or immature; if a person is too old, tired or out of touch.

"It is increasingly common for judges to have some combination of prosecutorial experience and/or prior judicial experience," explained Law, who teaches in the areas of federal courts, administrative law, and comparative public law. "For example, federal judges are often former federal prosecutors or state judges."

"All these rules provide a series of hurdles over which judicial nominations have to pass in order to secure confirmation. There are, in other words, a number of ways in which judicial nominations will fail to reach the floor of the Senate. And one of them has involved the filibuster, which is authorized by Rule XXII of the Senate," explained Gerhardt, who in the summer of 2003, testified before both the Senate Rules and Judiciary Committees on the constitutionality of the filibuster.

If a nomination is endorsed by the committee and reaches the floor without being filibustered, it can be voted on by the Senate. Gerhardt said the Senate confirms most of the judicial nominations that reach the floor, but sometimes rejects nominees, for example, when it rejected President Reagan's nomination of Robert Bork to the Supreme Court.

"In general, it helps to be on good terms with senators and to have a strong senator as a sponsor. But there are no guarantees in the process, at least none yet. If the Majority Leader successfully deploys the nuclear option to remove the filibuster as a potential obstacle to confirmation, then there will be a clear path by which nominations that enjoy majority support not only reach the floor, but are approved."

Gerhardt pointed out that as a group, President Bush's judicial nominations enjoy one of the highest rates of approval in history. And he said if the filibuster is done away with, Bush's nominees will likely enjoy a 100% approval rate. "No other President has had that degree of success in nominating judges. It is one indication of how important judicial nominations are to this President and to the current majority in the Senate," he said.

Law said that becoming a federal judge depends on a combination of a number of factors.

"When interviewed, federal judges in this country tend to attribute their appointment to some combination of professional ability and reputation, political involvement, and sheer luck," explained Law.

Law said that planning a career as a judge is actually easier in Europe, where most countries have what is known as a career judiciary. Those who want to become judges do not attend law school, but rather separate schools that train them to become judges. He said in those systems, judges are civil servants who work their way up the ranks with the goal of securing a position on a prestigious court in a desirable location.

"Anglo-American jurisdictions such as the U.S., U.K., and Canada tend to have what is known as a recognition judiciary: judges do not receive special training, but are instead appointed from the most successful ranks of the legal profession—which includes government lawyers and law professors as well as private practitioners," said Law. "Both systems have their pros and cons."

Sheldon Goldman, professor of political science at the University of Massachusetts Amherst and author of Picking Federal Judges, advises those aspiring to be federal judges to simply strive to be the best lawyers they can be.

"Get active in politics and the local and state bar associations. Network, network, network. And have plenty of luck. State court experience can be a plus," said Goldman.

For a humorous take on the subject, see Judge Alex Kozinski's (a judge on the United States Court of Appeals for the Ninth Circuit) "So You Want to Become a Federal Judge By 35?: Follow These Instructions and, Who Knows, Maybe They'll Work For You Too," published by the National Law Review.

LawCrossing has unique processes with great job options. Using it was a delight.
Andrea

LawCrossing Fact #48: Because LawCrossing virtually has the largest collection of jobs in the nation, users will have better chances of finding their dream jobs!