When Is an Attorney Liable for Fraud Committed by Client?

( 177 votes, average: 5 out of 5)
What do you think about this article? Rate it using the stars above and let us know what you think in the comments below.
The case of former Mayer Brown partner Joseph Collins unfolding in USA v. Collins, U.S. District Court for the Southern District of New York, No. 07-cr-1170 is of great importance to attorneys. This is one of those rare instances where a corporate attorney has been held liable for legal work done in connection with a client's fraud. It is curious, but true, so there is something to be learnt from following the case, as these cases seem to be increasing in numbers and in-house counsels, as well as outside counsels, are being targeted by law enforcement. Such cases also call to question the limits of attorney-client privilege. 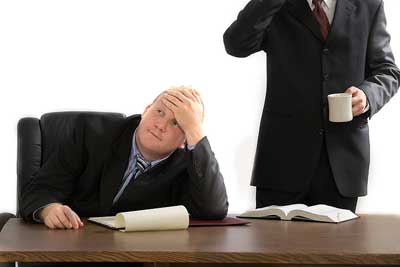 Last year, the charges against a lawyer accused of hindering an investigation into the marketing practices of GlaxoSmithKline was dismissed by a federal judge in Maryland. In the instant case, Collins, who was an external legal consultant for Refco is charged with helping the executives of the company conceal a $2.4 billion fraud.

To begin with, Collins has always maintained that his actions were part of a good-faith legal representation of his client, commodities broker Refco, and he was not involved in any conspiracy to commit fraud. Collins was convicted in 2009 and sentenced to a seven-year prison term. Subsequently, an appeals court dismissed the verdict earlier this year, and he is back before the U.S. District Court in Manhattan for a retrial of the matter.

Earlier this month, after his retrial began, Collins submitted that he was misled by top executives of his clients and he is being targeted to “answer for their crimes.” Defense attorney Jonathan Bach, representing Collins said his client had never been informed of or was aware of the fraud being committed by Refco, and that Collins had no possible way to know that Refco executives were concealing illegal accounting practices.

Summing up the situation for any attorney in a similar situation, Bach said, “This man was lied to and used by his clients, and now he has to sit here and answer for their crimes.”

So, how far can an attorney trust his/her clients to tell the truth? Is the attorney liable if he/she were misinformed and acted upon such knowledge?

However, the prosecutors on behalf of the federal government disagree with Collins' view. The U.S. Attorney on the matter, Harry Chernoff had told the jury that Collins' legal work allowed the fraud scheme to continue undetected, even after Refco agreed to sell itself to another private equity firm, and went through an IPO.

The U.S. prosecutor is of the opinion, “The defendant, Joseph Collins, used his law license to earn millions of dollars in fees for legal work to help his client Refco commit one of the biggest frauds Wall Street has ever seen.”

The case thoroughly calls into question the troubles as well as extent to which an attorney requires to exercise discretion while dealing with clients. The prosecutors allege that Collins had failed to disclose to T.H. Lee, the firm that bought Refoco, about the existence of a deal, which gave an Australian bank significant stakes in Refco.

However, Collins argues that he exercised his legal judgment regarding his obligation to disclose information to an intending purchaser of his client. Even if the decision is held erroneous, it does not rise to the level of a crime.

Collins' case has become all the more difficult as the former chief financial officer Robert Trosten pleaded guilty in the case and agreed to testify in the trials of others including in that of Collins. What he says under oath and for motives of self-preservation can hugely affect Collins' fate.

If convicted on the ten counts of wire fraud, bank fraud and conspiracy charges against him, Collins can face up to 20 years in prison.

Whatever happens to be the outcome, Collins' case would remain a benchmark of caution for practicing attorneys, and the extent to which they can trust clients, or exercise their decisions about their knowledge of client activities.