By Google+, Follow Me on
( 28 votes, average: 4.6 out of 5)
What do you think about this article? Rate it using the stars above and let us know what you think in the comments below.
Personal Life 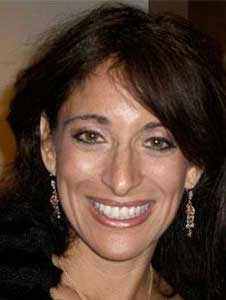 A legal recruiter, Felice Solomon is the President of the Solomon Search Group in South Florida. Solomon Search services the South Florida legal market from Miami to West Palm Beach, and Felice has been very active in this market for the past fifteen years.Her company is currently ranked 47 in LawCrossing’s 2013 Most Influential Legal Recruiter’s List.


She is excited about the future plans to grow the company to several markets, including Atlanta, Georgia, where her associates will handle positions in Legal, Sales, and Finance. Prior to opening her company in 2009, she was employed by a multi-office recruitment firm for many years as Senior Vice President - Legal (Florida).

Felice was born and raised in Brooklyn, New York. She is happily married and has two daughters. One of her daughters is currently enrolled in the prestigious musical theatre program at Penn State University, and the other is a high-ranking high school student. Felice thanks her family for being very supportive of her career and enabling her continued success.

A native New Yorker, Felice says that she has a close-knit family. She has raised her daughters to be strong communicators as she firmly believes that strong communication and listening skills are essential tools for success.

This legal recruiter has always been competitive and has successfully completed two marathons in Chicago and New York. She also enjoys quilting and reading in her spare time and is passionate about musical theater. Moreover, both her family and she have a love of water and are avid divers. Her favorite places to scuba dive are the Bahamas, Belize, and Bonaire. Her favorite musical is Les Miserables. She highly recommends reading The Fountainhead, a 1943 novel written by Ayn Rand, which Felice says was life altering for her.

When Felice is not working, she loves to cheer for the New York Jets, Penn State Nittany Lions, Florida Marlins, and the New York Mets. She loves Italian food and a great steak. This recruiter strongly believes, “one has got to have a sense of humor and be able to laugh at oneself.”

Before becoming a legal recruiter, Felice worked in New York for large and boutique-sized law firms. She was a secretary to Director of Finance of a major New York firm, a legal assistant, and then an office manager. She worked for “very tough attorneys.” In her former career, she worked long hours, including evenings sometime until “two in the morning to meet stringent deadlines.” Felice pointed out that she “worked in the trenches,” which eventually led her to a successful legal recruiting career.

So what does it take to become a successful legal recruiter? The confident New Yorker stated, “you must possess integrity, honesty, and a strong work ethic.” A strong work ethic and tenacity are the essential raw materials for success, and Felice has counseled many recruiters to success by helping them develop and utilize these traits.

Listening is another attribute vital for a successful recruiter. Felice said, “Listening is very important as it can help you find a connection with your clients and candidates.” She added, “Above all, you need strong customer-service skills.”

What motivated Felice to become a legal recruiter? She admitted that when she was a legal secretary, she wanted to be in a sales environment, and legal recruiting provided Felice with the opportunity to fulfill her ambition. The articulate mother of two declared that her driving force to legal recruiting “was the attrition. At that time, the change made sense.”

Felice says that she has a knack for connecting with people, both professionally and personally. She also identifies and understands the needs of the clients but accepts that “I can't help everybody, but I do the best I can.”

When Felice discussed her strengths and weaknesses as a recruiter, she stressed that she is a tenacious recruiter who has “keen listening and research skills.” This determined recruiter is also proud of “pinpointing the right people for the job” through her “hands-on approach.” Felice's weakness is her not being able to help everyone.

What is Felice's advice to new recruiters? She jokingly said, “This is a very difficult business; go to medical school.” The recruiter proclaimed that “in a business that is so competitive, you need to understand that to be successful, you need to be dedicated. This is not a 9-to-5 position! You need to work hard and smart.”

When asked where she thinks the field will be in the next five years, like a straight-talking New Yorker, Felice said that she thinks that as attorneys become more computer savvy, there is less need for secretarial support. I truly feel that the legal industry will be in greater need of paralegals with strong e-discovery experience as the technology continues to grow and change in these firms. High-tech software skills are necessary in order to stay with the times and as the e-discovery skills become vital to all law firms.” Felice mentioned that as the economy gets better, “finding qualified candidates is going to be a problem.”

Not only does Felice find her job very rewarding financially, but she also loves assisting people in getting their dream jobs.

The recruiter talked about what she looks for to find the right fit. She stated that “a recruiter needs to conduct a thorough interview at the first instance itself in order to ascertain the skill level of the candidate. He/she also needs to know specifics about his/her client and have a good understanding of the firm's work culture.” She went on to say, “only after the recruiter identifies both the candidate's and the client's needs, can he/she work on making the right match.”

Has Felice learned something of value from her mistakes? The biggest lesson that the recruiter has learned is “Don't take people for granted. When you do, you lose people whom you love professionally and personally.” She continued to say that she has also learned to be more understanding of people's strengths and weaknesses.

Confidence, Facing Obstacles, Number One Priority outside Work, and Most Inspiring Influence

Many readers would like to know where Felice has derived her confidence. The legal recruiter recalled what her grandmother said to her many years ago. Her grandmother said, “You can achieve anything as long as you have the drive and heart,” a mantra that Felice lives by.

Felice also derives her confidence from one of Tom Hanks' most memorable lines in A League of Their Own, “There is no crying in baseball.” The recruiter elaborated by saying, “when things get rough, you pick your head up and repeat Hanks' memorable line.”

This Florida resident said that the most inspiring influence in her life has been her husband. Felice asserted that the former stock broker has “really been the force behind her success. For 20 years, he has always picked me up, even when the going got tough.” The recruiter reiterated that it takes a tenacious person to survive in her industry “and if you don't have a support system, it's very hard to succeed.”

Felice is also inspired by the Susan G. Komen Foundation. In addition, the legal recruiter admires Ambassador Nancy Goodman Brinker who has “selflessly made this country aware of breast cancer and has done so much to find a cure for the disease.”

Felice is very passionate about “her children getting a great education and finding a passion in their lives that drives them.”

The mother was asked if she had any concerns. She thought about how “people in the industry will try to hurt you professionally when they think you are a strong competitor. Recruiting can be a vicious industry, and not everybody wants you to succeed.” Felice said she focuses on herself and her employees and surrounds herself with loyal people because you “can't function without a loyal team.” Over time, she has recognized that her team has “become an extension of her family.” Felice added, “It's not about me; it's about the team.”

Does Felice have a mentor? The legal recruiter said that when she first came into the business, she worked for Susan Rutley, an experienced and successful recruiter with Preferred Legal Staffing. Susan truly cared about Felice's success. She taught her not to compromise herself and to handle every deal with honesty and integrity. Felice said, “She truly, truly wanted me to succeed.”

Felice further stated that she in turn has taught people how to recruit, get clients, close deals, and make money. Felice said that “ninety percent of the people whom she mentored in the business are now successful in their own right.”
Felice's main goal is to expand Solomon Search Group. She wants to create several departments in addition to legal recruiting, including Finance, Sales, and IT.

Catching up with Ira M. Elegant: One of the Top Civil Litigators and Family Law Lawyers in the Nation

Catching up with Ira M. Elegant: One of the Top Civil Litigators and Family Law Lawyers in the Nation