Mike Nwogugu, Litigation Advisor and AuthorThe importance of using blogs by In-House Counsel's
< Back To All Articles

Share
Tweet
Linkedin
3 Views
( 2 votes, average: 3.8 out of 5)
What do you think about this article? Rate it using the stars above and let us know what you think in the comments below.
There seems to be an ongoing debate of perspectives both among businesses that hire corporate counsel and among in-house counsel themselves about their true roles with regard to the business, though there is no doubt as to their functions. There is one camp that views the role of a corporate counsel as a ‘gatekeeper’ with the duty of acting as a voice of caution that encourages regulatory compliance and reports corporate misconduct.

Another camp strongly believes that the role of a corporate counsel is that of a ‘facilitator,’ as a member of the management who possesses a unique set of skills and knowledge, but shares the same objectives as the top management. In-house counsel are often torn within in trying to fulfill the demands of both sets of expectations in the beginning, but usually succeed by adapting and learning to play both roles with flair. 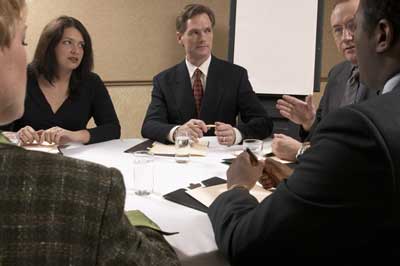 In-house counsel entry role is usually as a “gatekeeper”

Brown (2003) finds one of the principal reasons that corporations hire in-house counsel is to “intervene early and prevent the company from being involved in litigation.” However, here the ‘gatekeeper’ role is obvious, and the duty of preaching caution puts corporate counsels in a position where the share the blame for failures, but do not share the credit when risky ventures succeed. And the blame is universal. In fact, of recent, (Johnson 2004; MacLean 2007) against the backdrop of the economic recession the SEC has actively pursued lawyers at companies where fraud was found.

New and less experienced attorneys are usually hired either for routine legal work of a company, or for gatekeeper or compliance functions. Usually, in-house counsel work for years within a company to be promoted to a ‘facilitator’ role, something like making partner in a law firm.

In general, senior corporate counsel who are not recruited essentially for gatekeeper functions are recruited laterally from similar positions and roles in other companies.

The ‘facilitator’ role is what an in-house counsel aspires for, but it has its costs

However, in most cases it has been found that corporate counsel who play the role of ‘facilitators’ and are part of the top management, often follow the wishes and intentions of the senior management when it comes to disclosures and accounting practices in financial reporting. Here the corporate counsel shapes the policies and actions of the business and acts as an advocate and influential member of the top management. There are some who even serve on boards of directors in companies, and many have their salary structures aligned with others in top management like CEOs or CFOs.

Corporate counsel acting as facilitators run the risk of slipping in judgment and overlooking their gatekeeping functions in the interests of business goals. (Nelson and Neilson, 2000). However, such slips are tasked more assiduously after Sarbanes-Oxley and a slew of other regulations. When working in the role of a ‘facilitator’ a corporate counsel must remain aware and alert of his/her ‘gatekeeping’ duties, because it is easy for the senses to become dull, and easy to accept you have become part of the inner core of business.

Such a thing rarely happens, and unless it is your own business, it might appear you are part of the inner core, and you may have both control and stake in the business, but you are still seen as an attorney, valued as an attorney, and can disregard your professional duties as an attorney only at your peril.

Nelson, Robert, and Laura Nielsen. "Cops, counsel, and entrepreneurs: Constructing the role of inside counsel in large corporations." Law and Society Review, 2000: 457-494

LawCrossing is a site I feel comfortable using. It does wonders for my self-confidence and keeps me well-informed too.
Kathleen

LawCrossing Fact #7: LawCrossing has a tracker on its homepages that shows how many active jobs are on the site, as well as how many were added that week.