Jordan Furrow is a Social Justice Advocate in Training

Arkansas Law School Directory
< Back To All Articles

Share
Tweet
Linkedin
764 Views
( 102 votes, average: 4.7 out of 5)
What do you think about this article? Rate it using the stars above and let us know what you think in the comments below. 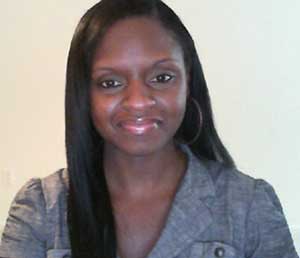 Lakisha Bealer was born in Arkansas and raised in San Diego, California. In January 2012, she founded Agility, a paralegal service provided to attorneys virtually. Although Lakisha has had several mentors while growing up and over the course of her career, she attributes her success to her mother. The paralegal said her mother “always pushes me to be and do more.” Lakisha's mother helped motivate her, especially when it came to being an entrepreneur. Lakisha's mother has been an entrepreneur for 20 years.

Lakisha earned an Associate's degree in Business Administration/Legal Assistant, a B.S. in Business/Accounting, and an MBA from the University of Alabama. She is currently pursuing a Master's in Paralegal Studies from George Washington University. How did a mother of a “teenage diva” attain an MBA while working more than 40 hours a week at Chase Bank? Lakisha stated it was the hardest hurdle she had to overcome. The paralegal continued to say, “My entire MBA experience was a memorable experience because it was very rigorous and between balancing work, school, my family and personal life, it taught me how to push myself further and higher in all respects.”


The Paralegal highly values education and believes her MBA helped her “effectively run” Agility. Lakisha is very passionate about education because it “equals the playing field” and lets you create the type of life you want, no matter what your circumstances may be. She emphasized, “The knowledge you gain will create the life you want whether you are divorced or a single parent.”

So why did Lakisha decide to become a legal staff member? She stated she decided to be a legal staff member more than 10 years ago. “Most of my experience with the law came from my appreciation of my grandfather's work in the legal community in the small southern town of Dumas, Arkansas. Although, he only had an elementary school education he helped a lot of the residents in the community with their legal issues. He was what we would consider to be a paralegal today.” She also revealed that all of her positions throughout her career had some intersection with the law. Lakisha has had extensive experience working with bankruptcy attorneys in different states while working in bankruptcy departments at banks, and even assisted lawyers on the Board of Directors at various non-profit organizations.

What is Lakisha's current assessment of the legal market? The paralegal believes the “legal market has become very commercialized.” She explained, “In some respects this is good because the commercialization of it has increased the competition within the legal marketplace and has resulted in attorney's understanding that they must lower their costs in order to compete with other legal professionals who are not attorneys but can provide some of the same services as they do. In other respects it opens the public up to being taken advantage of during very critical times.” Lakisha said these other legal professionals were legal document assistants who individuals rely on when they do not believe they can afford the services of an attorney and actually need legal advice instead of just a form typed.

After describing the current assessment of the legal market, Lakisha was asked what she would change about the field today. She acknowledged the legal field has a long way to go in its acceptance of technological advances such as cloud computing, but Lakisha also admitted the legal field “has been open to changes when challenged.” She strongly advises every new and recent legal staff member “to be a continuous learner and to stay abreast of technological advances.” Lakisha would like to see a universal or national certificate created for paralegals.

If the relentless Lakisha was not a paralegal what would she be doing? The mother of a teenage diva said she can't see herself doing anything other than what she is doing right now. She added, “I believe that virtual paralegals are a vital contribution to any legal team.” So where does the super mom see herself five years from now? She can see her business grow, which will “offer more value added services to attorneys” and she looks forward to the day she receives her Master's in Paralegal Studies.

Another organization she finds interesting and fulfilling is Junior Achievement of San Diego, which is headed by Joanne Pastula. The organization works with children from Kindergarten to High School. The purpose of the organization is to not only remind children of the significance of education, but also to get them involved in their communities and teach them the importance of business. Pastula, who's been president of the organization for about ten years, has expanded her team so they can reach out to as many children as possible and teach them the value of education. Lakisha admires Joanne Pastula for everything she has accomplished for the children. The paralegal said, “It astonishes me how much her and her team at Junior Achievement have accomplished since she first became president.”

Lakisha enjoys spending time with her loving daughter. They frequently go shopping, get their nails done, and have long discussions. Lakisha said the challenge of being a mother to a teenage daughter is learning to let go. She stated that her child has her own opinions and has to “grow into a young lady.” Lakisha also spends time reading and writing, and used to write plays when she was a child. Although she doesn't have a favorite book or author, she admires Maya Angelou.

The University of Alabama

LawCrossing is amazing as it has provided me exactly what I was looking for. A wonderful legal job site!
Michael

LawCrossing Fact #237: Stay connected to the industry. See which jobs are multiplying and which ones are dying out.