Share
Tweet
Linkedin
4 Views
( 2 votes, average: 4.3 out of 5)
What do you think about this article? Rate it using the stars above and let us know what you think in the comments below.
08/13/12 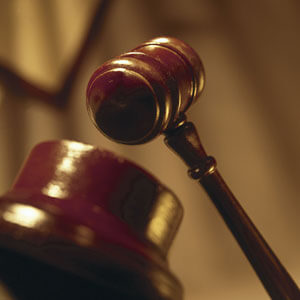 The people over at Reuters asked sarcastically whether it was an “Alternative fee arrangement?” employed by former Hawkins County prosecutor Doug Godbee who lost his law license last week amidst allegations of ‘service for sex.' At a time, when lawyers across the country are employing their minds to seek advanced methods of providing legal services to earn money, Godbee is alleged to have gone back to bartering days. Last week the state Supreme Court of Tennessee took his license to practice law away, after the Board of Professional Responsibility Disciplinary Counsel; Sandy Garett argued that the 59-year old attorney was a danger to the public.


So what happened? What were the accusations against Godbee? It turns out, the counsel for the Board of Professional Responsibility placed on board a sworn statement from a female client of Godbee given to the Tennessee Bureau of Investigation. In the sworn statement, Sheila Pearson graphically details multiple sexual escapades – mentions that Godbee represented her in exchange for sex and paid her more for bringing in other women to have sex.

Pearson, of Rogersville wrote in her statement, “Everyone knows that Doug Godbee will represent girls for sex, and he will pay them for sex.” Pearson said that she initially paid Godbee $100, after she was arrested for felony theft. Then she started administering oral sex to Godbee for handling her own case and a case against her son. Then Godbee began paying her $100 for oral sex and $40 for each additional woman she brought to him to have sex.

Some people have commented on the internet that possible Pearson has a personal ax to grind against Godsbee. However, records show Godbee was indicted in May 2011 on official misconduct charges for soliciting sex from female defendants whom he was prosecuting. He was fired from his position of a prosecutor on multiple complaints including one on behalf of 11 women, where each woman said they had swapped sex for plea deals.

Godbee maintains, “I never had any sexual relations of any kind with Ms. Pearson … Sheila Pearson has never performed oral sex on me … Ms. Pearson is alleging that ‘everyone knows' about the lies she has told about me. I don't know how to respond to such a crazy allegation.”

However, Reuters Summary Judgments reports, “This is not the first time Godbee has been in trouble. He resigned as prosecutor in 2006 and 2010 after reports surfaced that he was having improper relationships with people involved in cases he had prosecuted. He was ultimately fired in 2011 after being indicted on charges of trading sexual favors for lenient sentences and favorable plea deals.”

I love your articles. All of them are tens in my book.
M

LawCrossing Fact #88: Because users can see every job in the market, they are one step closer to finding their dream jobs.