The Rise and Fall of In-house Counsel Salaries, 2012

( 55 votes, average: 4 out of 5)
What do you think about this article? Rate it using the stars above and let us know what you think in the comments below. 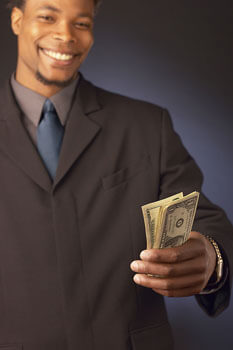 In-house counsel almost always have a cash component in their salaries and another component that includes “stock options exercised and stock value realized” (as put by the 2012 GC Compensation survey by Corporate Counsel). The real rise and fall happens in the second component of in-house salaries, which quite often is greater than the cash component, and also subject to the whims of Wall Street. But the ‘cash component' itself is divided into two parts – the salary and the bonus component. And the bonus can also be affected by changes in company practice and policy.

However, such extreme situations are rare and unheard of. Usually, when stocks of a company start to plummet signaling imminent bankruptcy, the corporate counsel would be one of those few, who are in a position to guess poor company performance much before others.

How company policy and performance affects the in-house salary

A case in point was directly mentioned by Corporate Counsel, that of Charles Kalil who slid from the 12th spot to the 39th spot on the list of highest paid in-house counsel in the country.

What happened was that as the GC of Dow Chemical Company, Kalik had a $1.8 million bonus, but last year, the company linked the bonuses of all executives to meeting annual company goals deemed critical. The top management in the business was unable to meet the projected cost management and profit targets – and the in-house counsel lost half of his bonus. And he is not alone, most in-house counsel are at the receiving end of such changes in company policies and seeing their pays disappear because of poor performance of stock or poor performance of business managers.

The overall scene in in-house counsel salaries this year

Bonuses also took a hit and while last year had seen a rise of 28.7 percent in bonuses, on this year, bonuses had gone down by a combined 7.7 percent, even though at least 39 lawyers earned more than a million in bonuses. The base pay fell by 1.8 percent to an average of $611,411.

Things are still better than at the depth of the recession, but not as good as those working in the Am Law 100 are experiencing. In 2011, those in private law practice and within the Am Law 100 saw their gross revenues increase by an average of 5.3 percent and profits per partner growing by 3 percent. Compared to that, the in-house salary scene this year isn't very encouraging.