The Life and Career of James A. Georges : Law Star with Bronze Star
< Back To All Articles

The Life and Career of Thomas L. Shaffer writer on Law and Legal Ethics

Share
Tweet
Linkedin
412 Views
( 55 votes, average: 5 out of 5)
What do you think about this article? Rate it using the stars above and let us know what you think in the comments below. 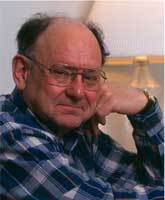 Thomas L. Shaffer, 70, is known throughout law schools for his scholarly writing on the law and legal ethics. He has written nearly 300 scholarly works on ethics, law and religion, business law, and estate planning.

During aforementioned lecture, Shaffer cracked jokes while urging students to take their religious faith into their legal practices. A professor emeritus of law at Notre Dame—the Catholic University in South Bend, IN—Shaffer got plenty of laughs when he described Notre Dame as "the world's greatest Catholic university."

"I'm so old that when I practiced in a business-oriented law firm, the lawyers—most of the lawyers—did most of what the firm did," he said. "There were a few specialties, like tax and labor law, but basic corporate practice" was as broad as corporate business.

Shaffer quickly moved through the ranks of Notre Dame to become assistant dean of the law school in 1969 and dean in 1975. He joined the faculty in 1988 and acts as the supervising attorney in the Notre Dame Legal Aid Clinic, guiding the law students who serve the poor of South Bend.

Shaffer said many law students and lawyers are ashamed or feel it's unprofessional to mention faith in their practices and that he fears corporate lawyers no longer lead their clients to moral courses of action. During the panel, the students peppered Shaffer with questions about recent corporate scandals at Enron and other companies. Shaffer said he's "always a little slow to comment on current cases" because he does not know all the details and that too often people pass judgment without knowing all the facts.

"When a business goes through failures like that and the business people in law look like they were in violation of the law or dishonest, it's easy" to pass judgment, he said. "And, heaven knows, popular sentiment tends to turn to the lawyers and say they're crooks too. I'd be reluctant to do that, not because I'm a lawyer, but because you ought to be reluctant to make that judgment about anybody. But it certainly looks like the same old story."

During the panel with Pepperdine Law School Dean Kenneth Starr (see last week's profile), Shaffer agreed with Starr that attorneys can and should lead their corporate clients to moral courses of action, which does not mean compromising the shareholder. Both Starr and Shaffer cited Johnson & Johnson's handling of the Tylenol scare in 1982, when seven people died from Extra Strength Tylenol which had been laced with cyanide.

They said Johnson & Johnson's chief priority was the public and the doctors who administered their product. Attorneys advised J&J to use their code of conduct, which placed the shareholder at the bottom of a list of priority. The fact that people still take Tylenol today and J&J is still a profitable corporation is proof that public trust will benefit the shareholder, they say. In other words, cooking the books to boost shareholder profit will ultimately destroy public trust and share prices.

"And certainly they had as much concern for their clients being profitable and successful as any other lawyers in town," he said. "I hate to think that that kind of corporate law practice has disappeared."

Shaffer's groundbreaking book On Being a Christian and a Lawyer was published in 1981. He works with both Christian and Jewish groups to encourage faith-based law practice and said his wife, Nancy, "taught me everything I know about helping poor people." Nancy Shaffer volunteers for various organizations.

When asked by law students when they will have time to do faith-based pro bono work when they are trying to build a specialized practice in a firm, Shaffer told a story of how Nancy was once fighting to help a little girl who had to walk a mile to get to her school bus. Nancy came home one day and put a handwritten note on their fireplace reading: "I'd like to help you, but it's not part of my job description."

Someone from the local sheriff's office had said that to her that day, and Shaffer said it could be a lesson to everybody to make sure to keep your job descriptions open.

He said young lawyers should ask firms if they are open to faith-based work during job interviews. But he said he understood the reluctance among young lawyers. He could not convince the law students at Notre Dame to hang a crucifix in the Legal Aid Clinic.

"The lawyers there, who are all Catholics, are very reluctant even to say to a client, 'You know, the help you're getting, for which you don't pay anything, is being given to you by the church,'" he said. "Notre Dame's a church institution. It's hard enough to get the young attorneys even to say that."

He said he finally convinced them to hang a religious picture in the clinic, but there is still no crucifix.

Shaffer taught at Washington & Lee University Law School from 1980 to 1988 and has been a visiting scholar and professor at law schools around the country. He said he believed American lawyers would be better off if they earned less money.

"I was inspired by the Holy Spirit to save money," he said, amid laughter, of his days teaching at Washington & Lee. "I think the expectation that American lawyers have regarding income is a huge problem for American lawyers, and interestingly enough, it's not a problem for their counterparts in other Western societies. Lawyers in France and Britain don't make this much money. Lawyers in Canada don't make this much money. They live more modest lives. We'd probably be better off if we did. But finally, you reach the point when you're a full-time academic when you say to yourself, 'You know, you probably ought to quit talking about that.'"

Presentation and collection of information at LawCrossing is truly outstanding. I like the articles posted on the site.
Anne

LawCrossing Fact #217: LawCrossing is a revolutionary multimillion-dollar job research tool unlike any other.