Related Articles
The case of the sniffing dog, and Privacy of Pot

Not the High Court's Finest Hour

How to Be a Supreme

Share
Tweet
Linkedin
5 Views
( 3 votes, average: 4 out of 5)
What do you think about this article? Rate it using the stars above and let us know what you think in the comments below.
Want to sit on the Supreme Court yourself someday? Weigh the big constitutional questions? Shoot hoops in the high court gym? Here's what to do.

Clerk at the Place

Becoming one of the 36 Supreme Court clerks-the so-called shadow justices-remains the single best move for those who aspire to one day cast their own shadows (three of the current justices-William Rehnquist, John Paul Stevens, and Stephen Breyer-did clerk duty). Riding shotgun for the Supremes is the first step toward a top federal judgeship, and the vast majority of today's justices come direct from the federal bench. Of the Court's current members, in fact, only Sandra Day O'Connor and Rehnquist lack prior service as federal judges. The next best thing to working for the Supremes: clerking for a prominent federal circuit court judge.

Hold court at the court
The goal is to become such a familiar face around the bench that the justices offer you a regular "Norm!"-like welcome whenever they see you. The best path to that exposure is working for the U.S. solicitor general's office, where lawyers represent the federal government before the Court several times a year.

Build a body of work
In 1990, Clarence Thomas was a new Bush appointee to the United States Court of Appeals for the D.C. Circuit. But he was passed over as a Supreme Court nominee to replace William Brennan in part because he hadn't drafted enough judicial opinions. A year later, when a vacancy arose in Thurgood Marshall's seat, Thomas had 20 opinions under his belt. Even with the Anita Hill controversy, Thomas was confirmed.

Cozy up to power
It's a tradition for justices to be backed by elected officials from their home state, so get to know your senator or governor. New Hampshire's David Souter was strongly backed by then New Hampshire senator Warren Rudman, who had been Souter's mentor while Rudman was the Granite State's attorney general. Souter was also supported by then White House Chief of Staff and former New Hampshire governor John Sununu. Without those connections, it's unlikely that Souter, all but unknown at the time, would have attracted George Bush's attention. The Bostonian Breyer can similarly credit his seat to a decades-long relationship with Massachusetts senator Ted Kennedy that began when Breyer was a special counsel to the Senate Judiciary Committee in the '70s. Kennedy is said to have pushed Breyer's nomination to Bill Clinton, and he served as Breyer's chief backer on Capitol Hill.

Keep strong opinions to yourself
Two words: Robert Bork. Abortion remains the most divisive issue of all, of course, and aspiring judges are well advised to be coy on Roe v. Wade.

Live clean
While admitted pot smokers, drunk drivers, and womanizers can now make it through to the White House, the Cabinet, and Capitol Hill, would-be members of the Court still appear to face a zero-tolerance policy for "youthful indiscretions" and other personal hanky-panky. When it was reported that Douglas Ginsburg had smoked pot as a professor at Harvard in the '70s, the Reagan nominee was quickly forced to withdraw. On the other hand, Reagan choices Anthony Kennedy, a former altar boy, and Souter, a 50-year old bachelor who lived with his mother and collected books, were easily confirmed.

Have a noble rationale
During Robert Bork's confirmation hearings, a Republican senator asked Bork what seemed to be a softball question: Why do you want to be a Supreme Court justice? Bork offered the view that it would be "an intellectual feast just to be there and to read the briefs and discuss things with counsel and discuss things with my colleagues." The answer was perceived as self-centered and snooty-another strike against the doomed nominee. A better answer: When your day comes, tell the committee that you want to serve your country, or protect the Constitution, or something. Definitely don't mention the basketball court.

The sheer numbers on LawCrossing are the best things about the site. Very impressed.
Shawn R

LawCrossing Fact #208: Even if you’re not looking for a job, regularly checking LawCrossing will allow you to know where you stand in comparison to your competitors. 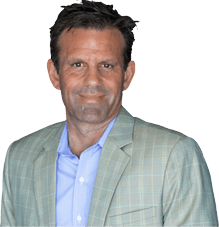