Share
Tweet
Linkedin
6 Views
( 3 votes, average: 4.8 out of 5)
What do you think about this article? Rate it using the stars above and let us know what you think in the comments below.
The Legal Arizona Workers Act, which was signed into law by then governor Janet Napolitano in 2007, has received opposition from the Obama Administration, the Chamber of Commerce, and the American Civil Liberties Union, as well as a number of business and civil rights groups. Opponents argue that immigration enforcement is a federal, rather than a state, matter. Others argue that the law encourages discrimination against certain groups and puts employers at risk for lawsuits. Aside from the potential for errors within the electronic verification system process, there is also the risk that a fear of penalties could actually encourage employers to lean toward discrimination. 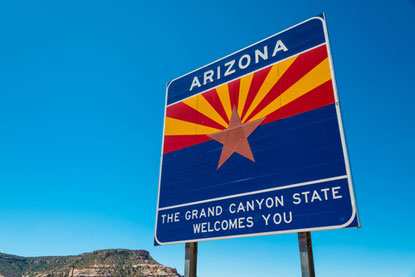 However, the Supreme Court's 5-3 ruling was in unison with that of a federal judge and the 9th US Circuit Court of Appeals. On behalf of the majority, Chief Justice John Roberts wrote that ''we hold that Arizona's licensing law falls well within the confines of the authority Congress chose to leave to the states.''

Roberts further noted ''the most rational path for employers is to obey the laws-both the law barring the employment of unauthorized aliens and the law prohibiting discrimination.'' Fellow-conservative Justices Antonin Scalia, Samuel Alito, and Clarence Thomas, as well as swing-voter Justice Anthony Kennedy all concurred. According to Reuters, ''Liberal Justices Stephen Breyer, Ruth Bader Ginsburg, and Sonia Sotomayor dissented'', while Justice Elena Kagan recused herself due to her involvement in filings against Arizona during her time as the solicitor general at the Justice Department.

Thursday's ruling on the 2007 immigration law comes after two lower courts put certain provisions of another Arizona immigration law on hold. The courts blocked a provision of SB1070 that requires police officers to check the immigration status of individuals who are suspected of being in the US illegally. However, last week's decision has no bearing on how the Supreme Court might respond to SB1070, which Arizona has promised to bring before the court. Like the 2007 immigration law, this law has also been widely criticized by the Obama Administration and a number of civil rights groups.

The job search feature of the site has really good functions and jobs can be searched by area and region.
Andrea

LawCrossing Fact #158: Employers post on our site without consequence, making it easier for you to discover the right job for you!