By Ashley Caggiano
( 486 votes, average: 4.7 out of 5)
What do you think about this article? Rate it using the stars above and let us know what you think in the comments below.
United States employers have the legal right to ask their employees to adhere to a dress code because they are private employers. As silly as it seems, your employer could conceivably fire you for wearing a hideous jacket. Similarly, laws have been upheld that are gender biased based on dress code. The 11th Circuit Court of Appeals in Harper v. Blockbuster Entertainment of 1999 stated that the video rental chain could legally enforce male employees, but not female employees, to cut their long hair. However neither the federal government nor state governments are private employers, and courthouses are not private buildings. 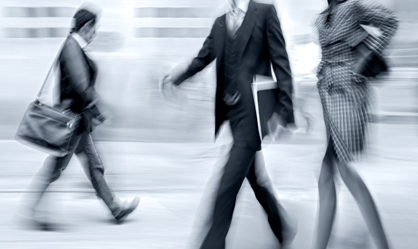 So where does this leave female lawyers on the question of what to wear? The United States Court of Appeals for the 7th District does, in fact, have a dress code that states that attire ''should be restrained and appropriate to the dignity of a Court of Appeals for the United States,'' but that isn't terribly specific. While we are approaching 2011, comments like ''[women are wearing] skirts so short that there's no way they can sit down and blouses so short there's no way the judges wouldn't look'' by Michael McCuskey, chief judge of the U.S. District Court for the Central District of Illinois, are deemed appropriate even though they clearly are sexist. A personal dress code is a bit difficult to come up with for any woman, but for women in law it can be incredibly difficult.

The Chicago Bar Association held a fashion show in the spring of 2010 to address the issue of what was appropriate and what was not for lawyers, unconsciously aiming it at the younger, female generation as that is where the fault seems to lie. Online bloggers Attractive Nuisance and Legally Fabulous wrote up commentaries on the show which seemed to ultimately suggest women should not show off their female figure to ''show some respect,'' as Legally Fabulous suggested, to the ''husband/father/boyfriend'' that the female lawyer in question is ''working for.'' This wording brings up a laundry list of other gender equality issues, but let's focus on the one of dress.

Since women and men should be treated equally, it is not ridiculous to say that, when it comes to dress code, we can use an accepted male dress code to build a woman's dress code. Men are expected to wear suits, so women should be as well. Women's suits can come in pants or skirts, so either should be acceptable.

Men's suits are also typically tailored or at least form fitting. Of course, the layers and fabric leave quite a bit to the imagination, but the way men's suits are constructed follow the natural shape of a man's body. This should be mimicked for women. While it may be inappropriate to wear a skin-tight women's suit (as it would be for a man), something that comes in at the waist and flares at the hip thus flattering the female form should be acceptable. Men aren't expected to look like boxes, so women should not be either.

The rule I would suggest here is if you can see your panty line, it's probably too tight.

Men's shirts are typically buttoned up to their collar. The deviation I would make here for women is that women's clothing is not usually constructed this way, but as men don't show a patch of chest hair, women should probably not show cleavage.

The tightness of pants can also be mimicked, for the most part. An anatomical fact is that many women are formed with wider hips. Expecting women to wear pants that are as wide at the feet as they are at the hip is unrealistic, so a certain amount of form fitting is to be expected. Again, can you see the panty line? If yes, go up a size.

Skirts are the major difference, but don't need to be a major problem. Like pants, the way a skirt will fit on a women is simply a matter of anatomy. It has to fit around a woman's hips. As for length, something that doesn't flash your good bits to the judge and jury should be acceptable.

The discussion of make up or hair seems like it ought not even be made; however, men typically shave or trim. Women can do the equal here and wear the type of makeup, if any, that makes them look clean and neat - much like how a man would trim his beard or shave off stubble.

The issue of color seems to transcend gender in the world of law. Dark colors seem to be the only acceptable ones which, while this may be unfortunate, isn't necessarily bad as it leaves the issues of matching to be practically nonexistent.

If you feel like something is questionable, take it off. It's simple. The same goes for discomfort. If you can't cross or uncross your legs the way you'd like to, go with something in which you can. If bending over could possibly be a problem, find something that lets you move around.

Granted, these suggestions are only my own. Many who have been in the practice for decades would say otherwise. In a world where people like the Honorable Benjamin Goldgar are allowed to say that they're thinking, ''I'd really like to pay attention to your argument'' to female lawyers who dress inappropriately in his opinion it is difficult to know what is acceptable and what is not. Women are constantly instructed to dress to protect men from themselves which is as ridiculous as blaming a rape victim for wearing a short skirt. I would only like to suggest that women should be treated the same as men, and perhaps the first step is to dress like them.

Attorney-Client Privilege for Corporate Communications Made to In-House Counsel

Attorney-Client Privilege for Corporate Communications Made to In-House Counsel