How Much Money Does a Tax Lawyer Make

Silas Reed
( 263 votes, average: 4.7 out of 5)
What do you think about this article? Rate it using the stars above and let us know what you think in the comments below.
It is possible for an experienced tax lawyer living in the right area of the country, such as a metropolitan area, to make over $100,000 a year. But you should not expect to make that kind of money in this profession if you don't live in such an area or if you are new in the profession. Less-experienced and rural-dwelling tax lawyers can expect perhaps $40,000 to $50,000 a year. The U.S. national average for tax lawyers, however, is a little higher at $62,000 per year. This is good money if you are more interested in matters of the law than in matters of personal glory. Take a portion of that money, invest it wisely, and you will still become rich—and you can invest better than the usual person since you know the way around the money-sucking taxes. 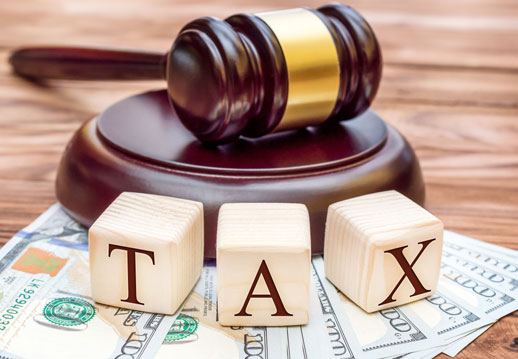 Tax attorneys have existed in the United States since the late 19th century, as the tax code was becoming more complex since Americans were paying more taxes than ever (sounds all too familiar, does it not?). After the creation of the Federal Reserve and the imposing of the new income tax of 1913, it became even more necessary for people to look to tax attorneys. Small business owners as well as corporations had to understand tariffs and their legal implications as well as other taxes like excise taxes and income taxes. So the profession of tax attorney has a long and storied history and precedent.

These types of attorneys help United States businesses and citizens to understand and to be able to accurately comply with today's byzantine federal and state government taxation systems. Tax attorneys are usually hired when a corporation, small business, or person is being audited by the IRS or a state government agency for failure to pay some kind of income tax. In these cases the tax lawyers work to get their clients' tax liens removed and their fines reduced or eliminated while attempting to reach some kind of reconciliation between the two parties.

The United States income tax code is "updated" (that is, as far as many people are concerned, deliberately made more confusing), and thus a good tax lawyer will have to be certain that he or she stays on top of things. Small business owners, the self-employed, and families are those who are generally in the most need of the tax attorney's services. It is good to remember who you are serving if you get into this profession.

The United States tax code is, as just said, highly complex. Businesses and individuals will be looking for a tax attorney with a great reputation, and they will be asking people for recommendations, they will be reading reviews, and they may even check with the state bar association to see if you are someone who is experienced in their tax code needs. They are trying to get out of paying out a ton of money, so one of the last things they want to do is throw away money on a tax attorney who will be ineffective, let alone incompetent.

So, once again, this is a profession that is about respect for the law and wanting to help people with matters of tax law. This is not a profession that will likely ever be glorified in the movies or on television when law firms are shown. The kinds of dramatic arguments and presentations before juries aren't there. You need to be quietly competent and have a head for both the law and numbers.