The Importance of MBE in the Bar Exam

Share
Tweet
Linkedin
1496 Views
What do you think about this article? Rate it using the stars above and let us know what you think in the comments below.
The MBE
The MBE covers the areas of legal knowledge that all lawyers should have mastered and is often considered the most significant component of the exam. Its 200 multiple choice questions are broken up into two three-hour sections-one administered in the morning, one in the afternoon. 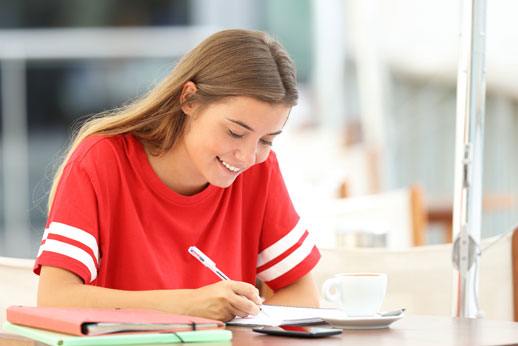 Questions are conceived by committees of lawyers and law professors and then reviewed and edited by several legal experts and psychometricians. They cover six different subject areas, most of which were addressed in your first year of law school: constitutional law, contracts, criminal law and procedure, evidence, real property, and torts. The majority of the questions test your knowledge of general legal principles, but some will provide statutes or exceptions for you to consider when formulating your answer. Since no points are taken off for wrong answers, answer every question. You'll most likely have plenty of time to finish: Statistics show that the three-hour timeframe for each set of 100 questions is sufficient for 99 percent of all test-takers.

Resource: Click here to order sample MBEs from the NCBE.

The MBE is the only portion of the bar exam whose scoring is centralized and consistent across the country. Your raw score is the number of questions you answered correctly out of a possible 200. In addition to your raw score, however, the NCBE will also report a scaled score that adjusts for variations in the difficulty of your particular exam.

States differ on how heavily they weight MBE performance in the overall score. In most states it makes up about half the total, but South Carolina, for example, only counts it for one-seventh. Though passing requirements vary from state to state, they generally hover around the 130 to 140 scaled-score range. Nationwide, around 60 to 80 percent of applicants pass the MBE.

Local Tests
The local portion of each exam generally comprises a series of essay questions on the laws and their exceptions in the specific state. These essay questions give prospective lawyers the opportunity to demonstrate their ability to reason, analyze, and communicate their conclusions given a set of circumstances within the constraints of state law. In most states, this requires another six-hour day of testing.

Resource: Samples of essay questions from past bar exams are often available on individual state bars' Web sites. Georgia's, for example, is at http://www2.state.ga.us/courts/bar/pages/sampleindex.html; New York includes "above-average responses" along with samples of previous questions on its Web site, http://www.nybarexam.org/pastexam.htm.

Some states also use the NCBE-sponsored MEE and MPT as part of their local testing.

The MEE
Only 14 jurisdictions, including Hawaii, Missouri, and D.C., use the Multistate Essay Exam (MEE) as part of their state-specific essay-question section. Though it's a standardized test, the MEE is scored and evaluated by the state in which it is administered rather than by a central scoring agency. The three-hour exam is made up of six essay questions covering agency and partnership, commercial paper, conflict of laws, corporations, decedents' estates, family law, federal civil procedure, sales, secured transactions, and trusts and future interests. It is administered on the Tuesday before the last Wednesday of February and July.

The MPT
Twenty-four states, from Alaska to West Virginia, also include one or more of the three 90-minute items in the Multistate Performance Test (MPT) in their state-specific day of testing. And more and more are joining their ranks. New York, Pennsylvania, and Idaho will begin administering the MPT in July 2001. The exam is administered on the Tuesday before and/or the Thursday after the last Wednesday in February and July.

The MPT asks candidates to use their general legal knowledge to perform practical tasks-like writing a memo or a brief-under realistic circumstances. Each MPT includes a "file" (containing a memorandum from a supervising attorney and documents that may or may not be relevant to the case) and a "library" (containing relevant and/or irrelevant cases and statutes). While it does test some legal knowledge, it is primarily a test of the skills that you will use as a lawyer. Like the MEE, the MPT is scored locally.

The MPRE
Students usually take the Multistate Professional Responsibility Exam (MPRE) in November of their third year of law school. It's also administered in March and August. You study for it separately (although most students confess that they don't spend too much time or energy preparing for it).

Essentially, this 50-question, two-hour, multiple-choice exam tests commonsense rules of professional responsibility, and it's considerably more difficult to fail than the more intensive and comprehensive bar exam. Most states have a first-time pass rate of about 90 percent. Maryland, Washington State, Wisconsin, and Puerto Rico are the only states that do not require the MPRE.

The score that you receive on the MPRE will be a scaled version-between 50 and 150-of your maximum raw score and is rated according to the test's relative difficulty. Passing scores are determined by the supreme courts in each jurisdiction, so they fluctuate (generally from 75 to 85) from state to state.

While the MPRE is not part of the two- or three-day bar exam itself, a passing score is still necessary to be eligible to practice law in most jurisdictions. Regular registration deadlines are usually about five weeks before the exam date, and the registration fee is $48 (the cost doubles if you register late).

Next page |It's all in the preparation.

I like the opportunities available on LawCrossing. It got me a job.
Stacey

LawCrossing Fact #115: LawCrossing-- even our browsers are smart.