Anacapa Island: California's best-kept tourist secret
< Back To All Articles

Are You Kidding? A Personal Submarine!

Share
Tweet
Linkedin
1888 Views
( 189 votes, average: 5 out of 5)
What do you think about this article? Rate it using the stars above and let us know what you think in the comments below.
When you were younger, did you ever fantasize you were Captain Nemo, exploring the seas with your very own Nautilus? If your answer is yes, but the extent of your deep sea exploration has consisted of watching the Discovery Channel on your high definition television, you may want to keep reading. As if out of a movie or science fiction novel, the Phoenix 1000 luxury submarine makes lavish, underwater travel a reality. For years, the standard of wealth on the high seas has been ownership of a super yacht. The bigger the boat, the higher the status one held. But, today, with over 2,300 of these floating giants, it takes something special to stand out at the next billionaires club meeting and strike awe in the eyes of your peers. 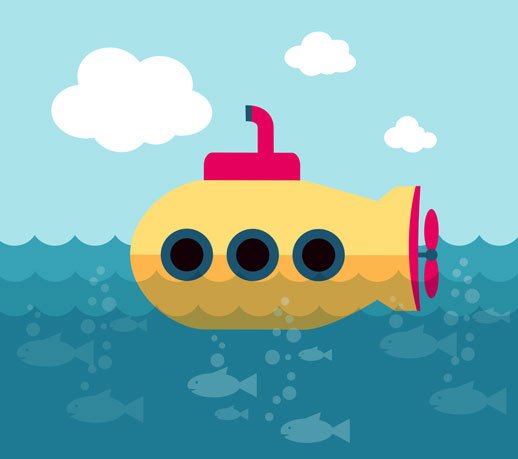 Your very own private submarine may be the answer. Up until now, submarine voyages had been restricted to small submersible crafts, mainly for scientific purposes. But now, the demand of wealthy, adventure-seeking tycoons has pushed submarines to a new level of design. After several prototypes and smaller luxury submersible vessels, U.S. Submarines Inc, has come up with something that would make even Donald Trump say "wow!"

The Phoenix 1000, which can be yours for a cool $73 million, is the top of the line model produced by U.S. Submarines Inc., the first company to bring luxury submarines to the commercial market. The initial model, built in 1993, was the Nomad 1000. While revolutionary in design, the Nomad lacked one major characteristic that usually runs synonymous with luxury - space. In response to this inadequacy, the designers developed a vessel reaching over 213 feet in length, weighing over 1500 tons and boasting approximately 5000 sq. feet of interior space. This extra room allows for ample and comfortable living space. The insides come decorated with the finest furniture, leathers, and fabrics. If you wish, you may also hire an interior decorator to customize the design of your super-sub.

The large size of the Phoenix has many advantages that the smaller sub lacks. First, with the increased hull size, there is much more room for larger viewports, which allows for an unprecedented look at the surrounding oceanic landscape and sea life. It's size also allows it to outperform smaller ships in surface speed, submerged speed and submerged endurance. The Phoenix can cruise at a swift 15 knots per hour, which rivals any mega yacht. Yachts, however, must deal with the waves and the weather. At the first site of rough waters, the Phoenix can dive beneath the tumultuous surface and continue gliding through the quiet waters.

Once inside the confines of the luxo-sub, the comforts of a well-decorated home welcome you. Two passenger decks allow plenty of room for several guestrooms and spacious living areas. You may even find that you run out of ways to fill the ample space. Perhaps an aquarium? The interior may be so accommodating due to the possibility of long stays inside the cabin. The sub can remain submerged for up to one month comfortably, with plenty of oxygen and supplies.

The Phoenix also has the capability of traveling 1000 feet below sea level. This allows for virtually endless exploration and even allows for a civilized sea floor luncheon. The possibilities unleashed by the creation of the Phoenix 1000 are endless. Exploration of the deep is now doable, and although it can only be afforded by the wealthiest of sea faring individuals, the Phoenix gives those with even the most humble salaries a view of a fantasy becoming reality.

I would say only one thing, that I am satisfied with LawCrossing. It gave me a job. Thanks for being there!
Arkadiy

LawCrossing Fact #1: LawCrossing is free for all students to use during the school year until they graduate.