The Life and Career of Tony Serra : Criminal Defense Lawyer

Share
Tweet
Linkedin
9647 Views
What do you think about this article? Rate it using the stars above and let us know what you think in the comments below. 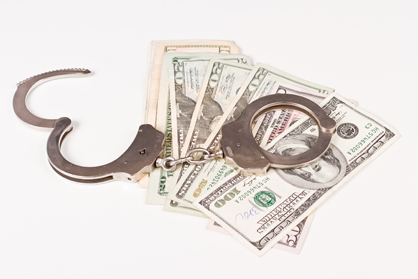 Oddly, the standards of Serra's legal career and personal life blend smoothly into one another. In other words, this wild and unique character really practices what he preaches as an attorney.

As a result, Serra's values as an attorney differ greatly from those of your average legal professional. At the beginning of his legal career, Serra decided what he believed, and he has managed to find a way to stay true to it. Today, after almost 50 years in practice, not much has changed.

With an effortless talent for being a good student — with straight As for most of his high school education — Serra excelled in school and eventually went on to study philosophy with an English minor at Stanford University. To balance out his intellectual studies, Serra also got involved in sports by participating in baseball, football, and boxing.

"I was probably the only one in philosophy corner that had a broken, bloody nose from football and boxing," he says. "I was kind of an anomaly in the sense of embracing those two different microcosms."

After finishing undergraduate school Serra decided to become the "Hemingway type" by moving to Morocco to travel and write. While there, he got caught up in a crowd of French and English expatriates who were in a "tumbling zone of vice, drugs, and literature."

"I was like a Joe Palooka," Serra says. "Coming out of an athletic background, I had never smoked a cigarette in my life. I was fairly physiologically pure — probably emotionally and academically pure too. It was too much. I wasn't there to shoot heroin or smoke opium. So I decided to go to law school as kind of like a fallback position — I didn't have any idealistic objective. It was just that I wasn't going to be the expatriate, Hemingway writer."

Serra began law school at the University of California, Berkeley, at the height of the free speech movement in the early 1960s.

The Life and Career of Attorney Nancy Grace, Who Turned Lawyer after the Murder of Her Fiance.
Is Contract Work the New Normal for Litigators?
Stanford University.

The site is very user-friendly.
Thomas

LawCrossing Fact #161: Our giant database and numerous staff members sift through many jobs and only bring you the ones that are available and relevant!