The Lure of Buenos Aires

History With A Side of Capitalism, PleasePutting On the Dawg
< Back To All Articles

Remembrance of things past: Coco, Hem and Me

Share
Tweet
Linkedin
547 Views
( 72 votes, average: 4 out of 5)
What do you think about this article? Rate it using the stars above and let us know what you think in the comments below.
So what is its allure?

I first came to Rue Cambon more than 30 years ago, to a modest little hotel called the Castille, at No. 37. The price was right for a young family, and it had a miraculous sunny courtyard in the middle of the city. When you travel with children, a little outdoor space goes a long way. After a day of sightseeing, we'd head for the courtyard, where the boys invariably ordered Pschitt!, a fizzy lemon drink, mainly, I think, just so they could say Pschitt! and, for obvious reasons, giggle uncontrollably. 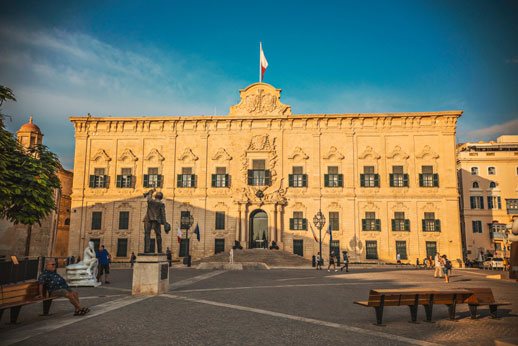 For a modest place, the Castille kept fancy company; Chanel was two doors down and the back door of the Ritz hotel was across the street. At the time, I didn't know just how colorful a history the street had.

It was laid out in 1719 to connect the Grands Boulevards with the Jardin des Tuileries. One side was lined with private 18th century mansions, and the other with the palace estate of the Marechal du Luxembourg, now the site of the Ritz and the Ministry of Justice. In his honor it was called Rue de Luxembourg.

In 1875, Henry James lived down the block on the third floor of No. 29 while writing "The American." During his stay it was renamed for a French politician, prompting James to write disdainfully in his diary: "My windows looked into the Rue de Luxembourg - since then meagerly renamed Rue Cambon." Every morning the cavalry charged down the street to the ministry grounds opposite his house. "I ... recall my daily effort not to waste time in hanging over the window-bar for a sight of the cavalry, the hard music of whose hooves so directly and thrillingly appealed; an effort that inveterately failed."

It was another 50 years before the next boldfaced name put the street on the social map. In 1931, Coco Chanel, hailed as the 20th century's most important fashion icon for her little black dress, signature suit, fragrance and other revolutionary designs, opened her first couture shop at 31 Rue Cambon, where it's still flourishing.

Passing through Paris recently, I had a yearning to see my old haunt, so I booked into the Castille for a weekend.

My modest bourgeois hostelry, where the Ritz chauffeurs used to stay, has morphed into an Italo-chic showplace. Now three buildings wide, its lovely 18th century facades sport lilac-trimmed awnings and pretty pink-flowered window boxes. The dowdy old reception area is now a modish bar called l'Assaggio with sleek plum settees. The spacious lobby decor is modern Milano, with Italian- and Dutch-style masters on the wall; it might even please the Duc d'Escars, who lived here in the 18th century.

As for the original little drawing room, it's now part of Il Cortile, which Chef Vittorio Beltramelli has made famous for some of the best Italian cooking in Paris: roast pork in juniper, sauteed duck breast with pumpkin ravioli, clams risotto, fresh shellfish, orange zabaglione with Campari granita. And the best part is you can enjoy it all al fresco in the courtyard.

Ah, the courtyard. Where once there was a green wooden trompe l'oeil "perspective" trellis on the rear wall that fooled you into thinking the patio continued right on to the Tuileries, a good two blocks away, now there is a stone fountain and a tiled mural of Columbus discovering America.

Rue Cambon itself has changed only slightly. WH Smith, the venerable English bookseller, is still at the corner of Rue de Rivoli, where it's been since 1903.

At Rue Saint Honore, Place Maurice-Barres, once a triangular jumble of parked cars, is now a spacious square in front of the Polish Church, formerly Notre-Dame de l'Assomption, where people wait to get into its restaurant, La Crypte Polska.

<<Then there is the bar at the Ritz where my husband would wait for me to finish dressing; I'd come by to pick him up, meet whoever he had been chatting with, and we'd go on our way to dinner. Sometimes called the Cambon Bar, this was Hemingway's favorite hangout; in the intervening years it was closed, became a private club, and just recently reopened as the Ritz Bar, not to be confused with the Little Bar across the corridor. In Papa's honor, the hotel restored the cozy Little Bar, stocked it with appropriate memorabilia, and renamed it Bar Hemingway, with Colin Field, one of the world's great barmen, presiding.

Hemingway lore flourishes in both bars, especially the origins of the Bloody Mary, which the Ritz claims was invented at Hemingway's request so his wife, Mary, wouldn't smell liquor on his breath. The barman concocted an odorless cocktail of vodka and tomato juice, and the next day Hemingway reported back, "Well done! Bloody Mary didn't smell a thing."

The Ritz provenance is contested - Harry's New York Bar makes a creditable case - but no one disputes the story that on Aug. 25, 1944, the day the Allies liberated Paris, Hemingway and friends "liberated" the German-occupied hotel with wild celebrations at the Ritz bar.

I left by the back door of the Ritz, where Princess Diana and Dodi Al-Fayed got into the Mercedes for their fateful last drive, and which Coco Chanel always used to get to and from work. Chanel lived at the Ritz for many years, and, in fact, died there. The hotel has turned her apartment into a spectacular suite with many of her favorite things, and it's yours for $8,000 a night.

<<The Castille, it turns out, also has its own homage to Chanel: four chic black-and-white Coco Suites, each on a floor of the new Rivoli Wing, fittingly located right next to Chanel headquarters.

My own sixth-floor room overlooked Rue Cambon, the gardens of the Ministry of Justice - yes, the Henry James view - and the top of the column in the Place Vendome beyond.

As the French say, plus ca change (the more things change, the more they stay the same.) The Castille is certainly different. So, of course, is our family. But Rue Cambon still holds the sweet memory of special times long gone. And, hey, people are still drinking Bloody Marys and reading Henry James - and those signature Chanel suits look pretty much the same.

I actually really liked LawCrossing a lot and found it very useful and worth the subscription!
Nora

LawCrossing Fact #59: There is less competition on LawCrossing, making it easier for users to land their dream jobs.