Share
Tweet
Linkedin
60 Views
( 9 votes, average: 4.8 out of 5)
What do you think about this article? Rate it using the stars above and let us know what you think in the comments below.
With scandals like Enron, WorldCom, Global Crossings and Martha Stewart's questionable stock sales making media splashes in recent years, an increasing number of law students are becoming interested in the area of white-collar crime and securities law. And law schools are stepping up to meet that growing interest with more courses and seminars than ever before. 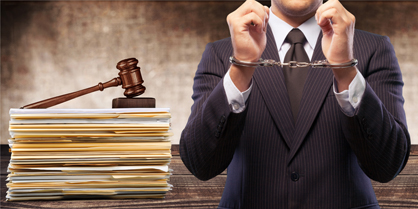 Moll and Geraldine Moohr, who teaches a second- and third-year elective in white-collar crime, both say that while their classes have usually been full in past years, these days they have both seen increased interest from their students in how the topics relate to real life.

"I do notice an increased interest in the students we have," said Moohr. "They are keenly interested in what they are hearing about in the news."

James Lee, who was enrolled in Mohr's white-collar crime seminar, is one of those drawn to the topic. He got interested in the issue after the Enron collapse happened just across town.

"My friends and family would constantly question me on exactly what happened and that led to a direct interest in the subject matter," he said. "In fact, until the Enron debacle I did not know that UH offered the white-collar course."

Moll said that the scandals have resulted in new legislation and regulations in the area as well.

"There has been a major overhaul and enhancement of the securities laws recently," he said.

That means in addition to a growing number of classes like Moohr's popping up across the country, professors at law schools who have traditionally taught core classes like Moll's are retooling their curricula as well.

"Law schools have always taught the basics of this area but suddenly now everyone wants to know more," Moll said. "And there are new areas to cover. It's new law, it's hot, and students are asking about it."

Moohr said the growing interest from students and new regulation will likely combine with an existing trend toward expansion at law firms, government agencies and corporations, to make for more jobs in the field as well.

"It's been an expanding field for sometime and it's going to get a boost from what's been going on," said Moohr. "White collar crime spreads throughout business and it's not just securities, but also covers environmental law, occupational health and safety, political corruption and trade secrets and copyrights. I recommend all students who are interested in business law take [this kind of] course. It's definitely an expanding area and it is definitely going to continue to grow."

Allison Ply, another student who took Moohr's class, said she knows of several classmates taking the seminar in hopes of working as legal counsel for corporations and businesses. But she said she doesn't think media coverage will spark that many more students to follow the field into defense or prosecution work in the area.

"It is not for the faint of heart, nor for those seeking instant gratification," she said. "I know more students would be willing to go into prosecution, law enforcement or similar field if it paid more. I have had that conversation with several students."

This story appeared in the March, 2003 edition of The National Jurist, www.nationaljurist.com.

LawCrossing is a wonderful service. It helped me get a new job! Thanks so much.
Jessica

LawCrossing Fact #230: Have a question? Give us a call, and you can talk to our customer service representatives.