< Back To All Articles
Share
Tweet
Linkedin
5 Views
( 3 votes, average: 3.5 out of 5)
What do you think about this article? Rate it using the stars above and let us know what you think in the comments below.
01/09/07

Raleigh-based Maupin Taylor, a premier firm in North Carolina, is nurturing plans to merge with Richmond-based firm, Williams Mullen, Virginia's third-largest law firm. The combined firm, which hopes to close the deal in March, will have offices all over the country and abroad with a workforce of more than 1000 employees, of which 300 will be lawyers. Poised to become the largest in the Southeast, the combined firm will be named Williams Mullen and will have its headquarters in Richmond. For an intermediary period, the North Carolina offices will assume the name Williams Mullen Maupin Taylor. Though the financial aspects of the deal are still under wraps, chairman and CEO of Williams Mullen, Joey Smith is set to assume office as the chairman and CEO of the merged firm. 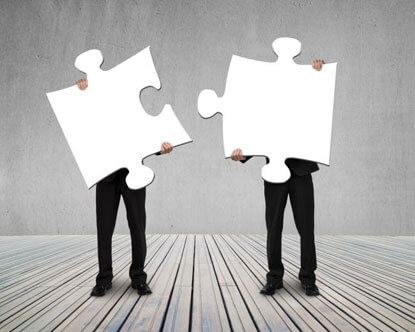 Raleigh lost its position to Richmond as the firm’s new headquarter. However, as per Keith Kapp, Maupin Taylor's managing partner, despite this the merger will be prove to be a boon to North Carolina owing to the broad array of practice the new firm will be able to offer its clients here. A win-win situation for both firms, Maupin Taylor will not suffer from any adverse side-effects like layoffs, closed offices, or cutbacks as a result of the merger, Kapp added.

Both the firms complement each other’s strengths in few practice areas. While Williams Mullen commands expertise in air quality, Maupin Taylor’s stronghold is in water quality issues in the environmental law practice area. While Maupin Taylor hopes to gain immensely from the Washington strategies group as a result of the alliance, Williams Mullen will benefit from its new expanded reach on the North Carolina client base. Maupin Taylor’s 130 employees and 30 partners focus on corporate law, litigation, and employment and labor law.

Hutchinson returns to Venable as partner
A former Republican’s dream run for the Arkansas’ governor’s position ends in his return to the old chair he once enjoyed at the Washington law firm, Venable LLP. Hutchinson rejoined Venable as a partner in the firm's litigation division. He will work on Venable's new Congressional Investigation Group advising clients on Congressional committees responsible for oversight and investigations.

Credited with the prosecution of the impeachment case against President Clinton, Hutchinson, who earlier served the firm as chairman of the firm's homeland security practice, will devote attention to both Washington and the Hutchinson Group, a Little Rock homeland security consulting company that he founded and heads in Arkansas.

A veteran lawyer with more than 100 jury trials to his credit, Hutchinson’s experience in Arkansas spans for more than two decades. He has also served as U.S. Attorney for the Western District of Arkansas for four years.

LawCrossing was a great and a very easy to use service. I got a job through the website. Thanks a lot!
January

LawCrossing Fact #70: Users who sign up for the free weekly newsletter will know about the latest jobs, making it easier to search for jobs.