By Kenneth Davis
( 13 votes, average: 4.5 out of 5)
What do you think about this article? Rate it using the stars above and let us know what you think in the comments below.
Jay Neveloff, a partner at Kramer Levin Naftalis & Frankel in New York, said, "The lines have been blurred between a real estate and a corporate lawyer because there’s so many financial concepts that are used more and more in the real estate world." 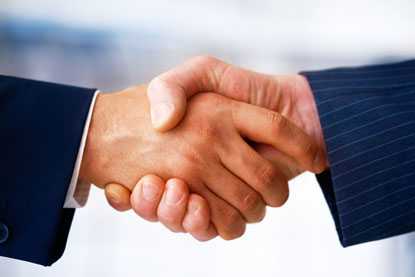 When asked what led to this recent adaptation, the real estate lawyers pointed to increased real estate mergers and acquisitions activity, both in high volume and bigger-dollar deals. The buying and selling of real estate investments trusts (REITs), especially those that are publicly traded, is at the heart of the new activity (The National Law Journal).

The National Association of Real Estate Investment Trusts said that 2006 has been the biggest year ever for mergers and acquisition activity, which is valued at $117.2 billion, nearly quadrupling the two prior years combined.

The lawyers added that the increased complexity of arrangements and the shorter time frame in which clients expect the deals to be done also played a part in bringing about the new role of real estate attorneys.

In the National Law Journal article, Jonathan Mechanic, who heads the real estate group at Fried, Frank, Harris, Schriver & Jacobson in New York, said that real estate attorneys may be playing a larger role partly because some deals are growing out of relationships initially formed by firms’ real estate practices. This was the case with client Broadway Real Estate Partners, which hired Fried Frank to help it buy a 10-property U.S. office portfolio for $3.4 billion from a private REIT, Mechanic said. He continued by saying that the firm found that there was so much need for a blend of the corporate and real estate focus that early last year it created a practice group separate from his real estate group called the corporate real estate group.

According to the National Law Journal article, while some firms have offered a blend of corporate and real estate services for a decade, many say it has become more important in the last 18 months to have real estate attorneys taking senior roles in transactions.

Robert Lee, a real estate attorney at Jones Day in Chicago, said, "To me, this is the wave of the future." Lee recently led CalEast industrial investors in a $3.4 billion acquisition of Centerpoint Properties Trust, an industrial property near Chicago.

In the past, the real estate attorneys would have been more likely to simply access the properties, leaving most of the regulatory, financial, and other considerations to mergers and acquisitions lawyers. Now real estate attorneys say they’re helping to create new financial structures, formulating bids for the best tax and pension fund advantages for investors, and helping push the deals through faster (National Law Journal).

On a recent proposal to sell to Starett City apartment complex in New York, now called Spring Creek Towers, Neveloff said he began work a year before it was announced, crafting strategy, interviewing and retaining brokers, and getting lobbyists involved. He said he had a part in every aspect of the transaction.

"We, for the past several years, have been using more of the same sophisticated techniques that are used in the corporate world," Neveloff said.

Michael Glazer, a real estate investment management attorney with Goodwin Procter in Boston, said that two years ago he worked on a transaction in which he helped an investor set up an REIT to buy a Washington hotel, and he’s used techniques from the deal ever since. He has also become adept at using joint ventures in real estate transactions to maximize tax advantages.

Andy Sucoff, who leads the real estate group at Goodwin Procter in Boston, said amid the increased competition in the buying and selling of properties, a deal with superior tax advantages is something that can help a client win a bid.

But some clients will still turn to mergers and acquisitions attorneys to take the lead, according the article in the National Law Journal. When Equity Office Properties was sold, Sidley Austin attorney Imad Qasim of Chicago was at the forefront.

Sucoff said, "I’ve seen our role expand as a result of the increasing pressure to deploy larger and larger amounts of capital."