< Back To All Articles
Share
Tweet
Linkedin
35 Views
( 6 votes, average: 4.4 out of 5)
What do you think about this article? Rate it using the stars above and let us know what you think in the comments below.
12/19/06

How women fare in the U.S. law firms' inclement weather

Atlanta-based Kilpatrick Stockton LLP has promoted Diane Prucino to its highest administrative position. Her postion in the 500-attorney firm will begin Jan. 1. She will work alongside Bill Dorris, head of the firm's litigation practice group. The move to promote two of its veteran partners to the top managerial positions was spurred by the firm's decision to end its traditional practice of having only one. The fact that this second administrative position has been awarded to a woman expresses the firm's commitment to diversity. 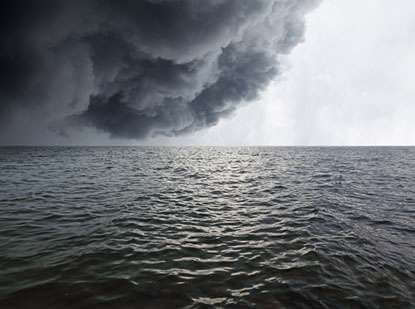 Prucino, whose experience spans more than two and a half decades, is hopeful that more firms will follow suit. In the new position, aside from being responsible for the firm's growth, she will also concentrate on staff beneficiary issues pertaining to hiring, retention, and rewards. The new position will also give the duo the time to continue their respective practices. Prucino's work is primarily in employee benefits, labor laws, and employment. Dorris, will continue with to focus on client services and practice management, as well as being responsible for teaming up with lawyers in response to emergent issues.

When it comes to gender equations, the public sector and corporate legal departments have long dealt differently from law firms. The top positions have traditionally been the realm of men. Female lawyers often stumble on a career roadblock once they enter the legal ring. Alternatively, on the road leading up to management positions, women are usually on par with their male counterparts. At the head of the pack in the promotion of women to top positions are many law firms in Minnesota, though firms in Atlanta tend to do a slightly better job.

Though there is some movement in the legal field to bring men and women to an equal playing field when it comes to top legal positions, women who fill these positions are often asked to concentrate on softer issues. These may include attorney development, personality improvement, or diversity. Such women are seldom given a voice in key internal issues like pay decisions, partnership selection, and other management matters. The findings of the Minnesota Bar Association on this topic have led to some ruffled feathers among diversity promoters.

Personal prejudice held by many in positions of power can also hinder the progress of female attorneys. Although a female lawyer may initiate the attraction of potential clients to the firm, higher profile cases are often assigned to men by default.

In a recent study conducted by the American Bar Association's `Commission on Women in the Profession' on women of color in law firms, a dismal picture was painted. The study, undertaken by Paulette Brown and Arin Reeves, stemmed from the 1999 National Association of Law Placement (NALP) report showing percent attrition of female minority lawyers within the first few years of hiring. The report focused on the nation's top law firms. The ABA report, "Visible Invisibility: Women of Color in Law Firms", stated that women tend to leave their positions because they are not assigned meaningful jobs, are excluded from formal and informal networking opportunities, and are exposed to demeaning comments or other types of harassment on the job. These experiences, along with more subtle forms of discrimination, are prompting the growing numbers of minority women to abandon their lucrative prospects in the nation's biggest law firms. More than a 1000 of those who responded to the study revealed often disturbing details about their experiences with discrimination.

The study's conclusion states that simply hiring minority women wouldn't does not suffice as a measure of ensuring diversity. Law firms also need to ensure that these attorneys are treated with equal regard, making them want to remain at the firms.

Though it may be coming at a snail's pace, change is on the horizon. The number of female partners at law firms across the United States averages at 17.3 percent, according to a recent NALP report. At Reed Smith, 19 percent of the partners are females. Out of Fox Rothschild's 169 equity partners in its offices across the nation, 24 are women. Kirkpatrick & Lockhart Nicholson Graham encourages female lawyers, and has done its part to ensure equal opportunity for women by creating a sub-committee for women's issues.

Prucino's promotion puts her in a league among extraordinary females in the legal profession. Tonia Sellers is the head Weissman, Nowack, Curry & Wilco P.C.

P.C.'s top post. Louise Wells serves as partner in the residential real estate group, and is a member of the management committee at Morris, Manning & Martin LLP. Other women in this group include Elizabeth Vranicar Tanis of Sutherland Asbill & Brennan LLP; Sara Kay Wheeler, a partner and member of the board of partners at Powell Goldstein LLP; Pinney Allen, of Alston & Bird LLP; Lizanne Thomas, who handles various administrative functions across 30 locations of Jones Day; Chilton Varner, a senior partner and the first woman to serve on the management committee at King & Spalding LLP; and Marianne Short, who was named by Dorsey & Whitney as the new managing partner this year, and is the firm's first woman to hold the coveted chair at Dorsey.

Bingham McCutchen goes to Tokyo; Fried Frank to Hong Kong
Boston-based international firm Bingham McCutchen joined forces with a 22-lawyer Tokyo-based law firm Sakai & Mimura. The pact is still awaiting partner approval, and is expected to be effective from January 31. Sakai & Mimura is known for its financial restructuring, mergers, and acquisitions. Following the merger, the new office will be looked after by Hideyuki Sakai managing partner of Bingham's Tokyo office. The new office, with the extensive moniker Bingham McCutchen Murase Gaikokuho Jimu Bengoshi Jimusho, Sakai & Mimura Houritsu Jimusho, will consist of a team of American lawyers, and nearly 20 bengoshi (Japanese lawyers). Out of Bingham's 950 lawyers, 30 lawyers are associated with the Japanese practice group and are, at present, working in the firm's New York office. The firm's attorneys represents clients in high-stakes litigation, complex financing and financial regulatory matters, government affairs, and a vast range of sophisticated corporate and technology transactions.

In a similar overseas collaborating, Hong Kong law firm Huen Wong & Co. and New York-based Fried, Frank, Harris, Shriver & Jacobson LLP have announced the launch of a Hong Kong office. Combining with Huen Wong's M&A, capital markets, real estate and litigation practices, the new home-base will provide Fried Frank's clients with access to the firm's US, European and international expertise in the areas. With 120 lawyers working in offices outside the US, Fried Frank is rapidly increasing its presence in the international arena.

I found a job through LawCrossing. Thanks.
John A.