< Back To All Articles
Share
Tweet
Linkedin
22 Views
What do you think about this article? Rate it using the stars above and let us know what you think in the comments below.
12/15/06

David Epstein, a renowned law professor and business bankruptcy expert, has joined international corporate law firm Haynes and Boone, LLP as Of Counsel. Epstein will work one day per week in the firm's Dallas office. A former bankruptcy law professor at Southern Methodist University's Dedman School of Law, Epstein's expertise in the practice area is well-known. He has authored and co-authored a number of student texts about bankruptcy, commercial law, contracts, and corporations. Also on Epstein's list of published works is a popular multi-volume treatise on bankruptcy for practitioners 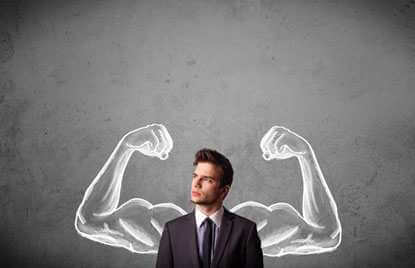 From practicing bankruptcy law in the Atlanta-based law firm King & Spalding, to teaching the subject at well-known law schools, including Harvard and Emory, Epstein brings dynamic experience to his new position with Haynes and Boone, LLP.

In other news, the firm plans to move its Dallas office to a brand new facility at One Victory Park, an urban hotspot. This posh locale, just south of American Airlines Center, will be developed by top commercial real estate developer, Hillwood, and private real estate firm, Hines. The firm will claim six floors of the impressive new building. The aura which will be created by the move will provide the firm's employees with the latest and grates that urban culture has to offer. The firm hopes to take advantage of the new settings to foster positive feelings and satisfaction among firm employees, and to evolve the profile of it business transactions.

In the global legal arena, Haynes and Boone's commanding presence boasts more than 450 attorneys based in its multiple offices around the world.

Borovikov, who comes to the firm from Hammonds in Brussels, is an expert on Russian and Eastern European trade issues. He advises companies and authorities on issues pertaining to trade and economic relations and integration. Borovikov also helps Russian authorities with the country's intended inclusion in the WTO. Prior to Borovikov joining Mayer, Brown, Rowe & Maw, the firm's Assistant U.S. Trade Representative to Russia was Catherine Novelli, Washington D.C. partner who piloted U.S. trade policy initiatives towards Russia.

A former Economist at Moscow State University, and former First Secretary of the Russian Mission to the European Communities (Trade Policy and Economics Section), Borovikov has also served as senior expert on EC-Russia relations for the Committee For External Economic Relations and the Ministry of Foreign Affairs in Russia.

Welcoming Borovikov, Peter Scher, Global Trade Practice leader in Mayer Brown's Washington DC office, noted appreciation for the vast experiences that Borovikov brings with him to the firm. The firm hopes to gain a strong foothold in the European sector with the new hiring, and also to expand its global trade team in Brussels.

I like LawCrossing since it is the best option for legal jobs. It is also one of the best websites I have come across.
Melani