< Back To All Articles
Share
Tweet
Linkedin
41 Views
What do you think about this article? Rate it using the stars above and let us know what you think in the comments below.
12/08/06

Founded in 1956 and with a career span of more than five decades, litigation and trial law heavyweight Howrey LLP, a Washington DC based law firm has carved out a niche for itself among top-drawer firms in the global arena. The firm has recently opened two new offices - one in New York City and the other in Munich. 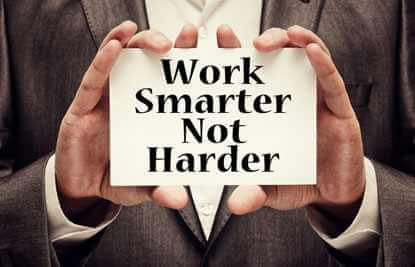 In its New York office, Howrey will be led by Thomas Engel and James McCarney, former partners at Manhattan trial law firm Engel, McCarney & Kenney LLP. The duo will continue to offer their services in civil and white collar criminal litigation to a vast array of clients, both at home and abroad. A former Assistant United States Attorney in the Southern District of New York, Engel's contribution to Howrey will comprise of practical expertise on the local level which will help the firm better serve its clients.

Joachim Feldges, a top Intellectual Property lawyer, will join Howrey in Munich. Howrey recently added a prominent German antitrust/competition practice which will work out of its Brussels base as well as the newly established Munich office. While welcoming Feldges and his team to Howrey, Robert F. Ruyak, the firm's Chairman and CEO, said the addition of Feldges is in the best interest of the firm's clients and also partners. The firm, which had wanted to develop its IP practice in Germany, hopes to leverage on his renowned talent in the area.

In the past year and a half, the firm has opened offices in Salt Lake City; Paris, Taipei, and now New York and Munich. Commenting on Howrey's 2006's all-round achievements, Ruyak stated that the new offices and induction of the renowned faces into the firm is the "cornerstone" of the year's brilliant achievements by the firm.

CaseCentral's Corporate and Law Firm editions made more FRCP effective
With the change in Federal Rules of Civil Procedure (FRCP) that took effect on December 1st, on-demand discovery lifecycle management platforms CaseCentral stated that their internal IT processes must be adapted to keep up with the modification. The new FRCP rules require all companies to clearly define their information technology processes to opposing counsel and articulate the process far earlier in a legal action — at the first meet-and-confer meeting. The Corporate and Law Firm editions of CaseCentral protect and maintain data integrity, better organize information assets, and reduce overall risk and cost. CaseCentral's solutions help clients with a systematic storage and can create a single, complete copy of all data. Apart from eliminating duplication of records, it also establishes a consistent corporate-wide production format that enables companies to reject the opposing counsel's requests for alternative production formats, thereby effectively cutting costs and risk.

LawCrossing Fact #133: We let you help others by allowing you to refer them to specific jobs you find on our site that might be right for them. Social networking is the next wave of online job boards.