< Back To All Articles
Share
Tweet
Linkedin
6 Views
What do you think about this article? Rate it using the stars above and let us know what you think in the comments below.
12/06/06

System failures bigger threats to IT than natural calamity: Survey

IT professionals at law firms all over the world have one thing in common: they dread a system failure more than any form of natural disaster. Revealed in the survey conducted by the International Legal Technology Association (ILTA), a peer networking organization in the legal market across the globe, technology professionals at law firms rated computer hardware crashes and software failures as greater hazards to IT infrastructures compared to natural calamities like fires and floods. The professionals are unanimous that disaster recovery plans are vital. At the same time, professionals were concerned over the lack of adequate funds to arrest the menace. 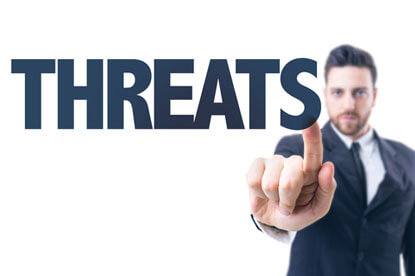 The survey was conducted among more than 300 law firms. Based on queries from the survey, the firms rated the highest hazards to IT infrastructure. The results revealed that all firms were nearly unanimous in their concern over computer software failure as the most "high" potential threat which brought in 54 percent of the votes. The next is computer hardware failure with 45 percent, while lost or corrupted files came third with 42 percent. Natural disasters got 31 percent of the votes, tornadoes or hurricanes 19 percent, and floods got a mere 14 percent. The survey also found that 70 percent of respondents expressed concern about their inability to recover critical data quickly enough, while 77 percent of small-to mid-sized firms opined that recovery of critical data which are necessary for the firms to carry on business may take hours, and even days.

ABA's green signal to use of Metadata in Courts
The American Bar Association (ABA) has passed a ruling that attorneys can use metadata and other information hidden in electronically saved documents to can support their evidence in court. As per the committee ruling, "metadata" includes those information like when and where a particular document had been saved, and also the person who accessed the files. The metadata also reveals changes that were made to the document or related written comments, states sdbj.com.

The ABA's Standing Committee on Ethics and Professional Responsibility states that litigation-oriented information available from the depths of the documents will help in establishing the identity of the person concerned. The only ABA committee rules of professional conduct provision require the lawyer who receives such documents to notify the sender when he gets what he should understand were documents that were inadvertently sent to him. The committee also specified that these provisions do not include documents which are obtained through criminal, fraudulent, deceitful, and other improper conduct. The rules, however does not require the recipient to return these documents unread.

Documents saved in PDF format, communicating via facsimile, through the use of software, or using several other security tricks can minimize the risks associated with metadata for businesses or attorneys sending, producing, or providing documents to an opposing counsel. Among major blunder that occurred recently: Google leaked financial projections, while the U.S. Justice Department revealed Social Security numbers through metadata unintentionally.

My experience with LawCrossing was wonderful. I loved to use its services which are truly world class.
Dara

LawCrossing Fact #234: Our site is convenient and user-friendly, even for those who are computer novices.