< Back To All Articles
Share
Tweet
Linkedin
37 Views
What do you think about this article? Rate it using the stars above and let us know what you think in the comments below.
12/05/06

's new office in Phoenix, Arizona. The new office, which will open its doors on January 1, will be the firm's 18th office on the national-level, and the third to be opened within a span of two months. Richard Cohen will serve the firm's Phoenix office as managing partner. With the addition of these three new attorneys, the firm is hoping to consolidate its position in the national scene as a powerhouse in the labor and employment arena. Ford & Harrison, set up in Atlanta in 1978, will have strength of more than 190 attorneys as of January 1. 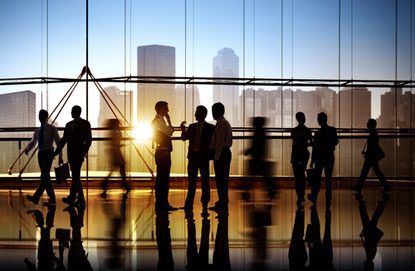 As a result of its merger with Chicago-based labor and employment firm Matkov Salzman, Ford & Harrison is also opening an office in Chicago on the first of the year. The firm, which already boasts four offices in Florida, will open a fifth in Melbourne, FL on December 15. This recent growth spurt is part of the firm's ongoing strategy to expand its geographic territory and the scope of its practice. With the induction of the three renowned attorneys, the firm hopes to gain a strong foothold in their new Arizona location by drawing on the experience of the three new members, who will spearhead the new office of Ford & Harrison LLP.

Apart from the three said attorneys, Ford & Harrison also raided Lewis & Roca's cache of associates, drawing away Karen C. Reynolds, an associate from its Washington, DC office, to the new office in Phoenix.

Cohen will concentrate on employment litigation, devoting his skills in litigation to representing a number of clients in matters of employee-employer relationships. Cerasano, who is an expert in disability discrimination, sexual harassment, and the Family and Medical Leave Act, will handle these areas of employment law. She will also assist clients in devising employee handbooks, contracts for employment, and training for managers. Foster's forte is employment discrimination and harassment claims, and he has experience in advising and training clients on how to nip such claims in the bud.

Denver firms combine strength
Las Vegas-based Schreck Brignone, a big league firm in the area, is set to join forces with Denver-based Brownstein Hyatt & Farber. The new firm, which will adopt the moniker Brownstein Hyatt Farber Schreck upon the merger, is already creating waves within the Las Vegas business community. The merger, effective on January 1st, received uncontested approval from both the firms' partnerships.

Schreck Brignone is named by In Business Las Vegas Book of Business Lists as Las Vegas's 12th biggest law firm. The head of the firm, Frank Schreck, is a star player in gaming, and the firm has some of the top casinos on its list of clientele. These include MGM Mirage and Wynn Resorts, which are the Nevada's top operating and employing casinos. Rocky Mountain heavyweight Brownstein Hyatt & Farber's attorneys deal in real estate, corporate law, and litigation practice. Brownstein Hyatt & Farber's Norm Brownstein is said to have particularly strong networking capabilities among key government representatives, and uses connections there to do lobby work.

The two firms' attorneys and staff will continue employment with Brownstein Hyatt Farber Schreck. According to Managing Partner and Chief Executive Bruce James, both firms will draw heavily from each other's strengths.

Heads of the two firms, Frank Schreck and Norm Brownstein, have a longstanding relationship. The two have worked together on a number of projects and transactions. Commenting on the merger between the two firms, Schreck implied that, this time, the collaboration is a merger in the real sense of the word, and sets it apart from other business moves, such as acquisitions, or outsourcing of attorneys. With a combined strength of more than 170 lawyers and policy consultants, the new firm, which will be Denver-based, is capable of expanding its network of offices to locations such as Las Vegas; Washington; Aspen, CO; Albuquerque and Santa Fe, NM; and Orange County, CA.