< Back To All Articles
Share
Tweet
Linkedin
38 Views
( 6 votes, average: 3.8 out of 5)
What do you think about this article? Rate it using the stars above and let us know what you think in the comments below.
11/23/06

Paul, Hastings, Janofsky & Walker opened doors of its new office in Chicago as well as added two new partners from rival firm Jones Day - Steve Catlett and Rick Chesley. With this, the firm now has 18 offices across the globe. The firm is committed to expand its expertise in key practice areas like bankruptcy and restructuring, private equity, and litigation. 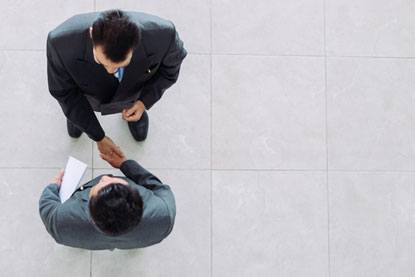 Steve Catlett, a traditional litigation guru, handles ERISA and trade secret cases, while Rick Chesley, who will take the position of Office Chair, is an expert in bankruptcy and restructuring with over two decades of experience. The firm hopes to enhance its capabilities by serving a wide array of clienteles from top companies who have established their offices in Chicago as well as maintain international ties.

The firm intends to solidify its position as a significant, full-service firm by relocating a few existing attorneys to help the two new partners who exert great deal of influence on the business community in Chicago. The Los Angeles-based full-service international law firm was established in 1951 and has more than 1,100 attorneys in 18 offices whose clientele lists reads like a corporate who's who.

South Korea likely to open its doors to foreign law offices
With a surcharged economy and the emergence of a hot legal market in South Korea, legal professionals in the U.S. as well as other foreign countries are now eyeing Seoul with growing interest. As an outcome of the economic liberalization, foreign investments in the Asian sector has witnessed an upswing in recent times; following this many international firms are gearing up to make their mark on the new territory.

The move comes as a follow-up of the trade agreement bill currently being discussed with the United States under the review of the Korean Justice Ministry. According to the Seoul Bar Association, early next year the Korean Parliament too is expected to put its stamp of approval on the bill which besides textiles, agriculture, pharmaceuticals, and automobiles also includes the legal industry. Lifting of economic sanctions will also see South Korea receiving a bulk of the international trade so long enjoyed by China alone. Till now the South Korean government has not entertained forays by the foreign law firms to open offices in its land, but with the agreement in place the road is expected to be smoother.

In order to serve their Korean clients, several leading law firms, like Clifford Chance, Linklaters, Baker & McKenzie, Allen & Overy , and Paul, Hastings, Janofsky & Walker already have attorneys with proficiency in the Korean language working in the new region from their other Asian offices. Though economically South Korea is a stalwart among its Asiatic peers, Korean Bar Association data reveals that it's lagging far behind the U.S. in the lawyer population ratio.

Law firms are eager to represent leading Korean companies, in an effort to enhance their practice in the region. The U.S. International Trade Commission forecasts an increase in trade by $29 billion annually from the bill, reports bloomberg.com. U.S. legal pundits opine that if the U.S. can open its doors to foreign-licensed lawyers to work in U.S. soil, Korea should adopt a similar attitude towards the U.S. attorneys.

In order to explain Korea's reluctance to grant access to foreign law firms, many Korean legal experts take refuge in the fact that their firm sizes are very small compared to the U.S. and hence fear being overpowered. Korean lawyers, however, would like the market to evolve gradually for accommodating foreign experts rather than to make the transition overnight, which they fear may prove disastrous to the existing legal market. Meanwhile, overwhelmed Korean law firms often deal as buyers and sellers in a single transaction for international companies for lack of competition.

The number of jobs available on the site are really wonderful!
Jessica

LawCrossing Fact #22: When logged in, users can save employer information to mail merge files.