Devon Pryor
( 118 votes, average: 4.7 out of 5)
What do you think about this article? Rate it using the stars above and let us know what you think in the comments below.
Cal Northern, officially founded in 1983, was started by a group of practicing lawyers in Northern California who saw a need for a night law school in their area. The faculty at Cal Northern includes a number of trial lawyers and judges from many surrounding counties who bring practical knowledge and experience in the field to their instruction. There is an all-around emphasis at Cal Northern on practicality, as well as a "no frills" approach to teaching law. This is easy to understand, considering that the majority of students at Cal Northern have little time to spare in their demanding work, home, and school schedules. 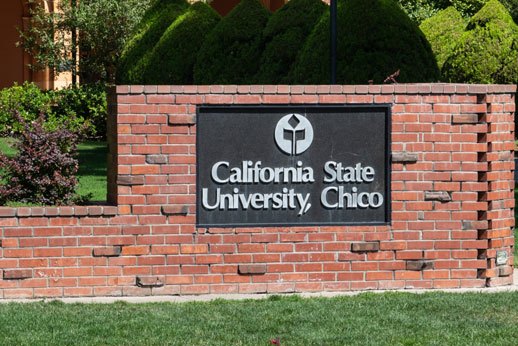 Cal Northern School of Law has been accredited since 1992 by the Committee of Bar Examiners of the State Bar of California. Cal Northern's website assures prospective law students that the school is "authorized to operate as a private postsecondary educational institution by the State Bar of California Department of Education." The school is not yet approved by the American Bar Association, and students may not be eligible to take the bar exam in states other than California; however, graduation from the school does qualify students to take the California bar exam.

During the first two years of study at Cal Northern, students take foundational courses to ensure a strong base for legal skills and knowledge. The third and fourth years of study allow students to branch out and enroll in a variety of elective courses in order to find their niches among the many practice areas of the legal profession. Instructors at the school employ both casebook and Socratic methods of law instruction, aiming to uphold a balance between conventional legal theory and practical application. Instructors at Cal Northern recognize that the substantive rules of law are as important as the application of those laws in the contexts of litigation, arbitration, mediation, and counseling.

Some Cal Northern School of Law students live at a distance from the campus. However, many facilities in the area surrounding the Cal Northern campus are available to aid students in their studies. Cal Northern has its own law library on campus, complete with state-of-the-art computer research technology. If driving to campus is not convenient for students, they can visit the law library at California State University, Chico, in downtown Chico, which is only six miles from campus. Students can also visit the Butte County Law Library in the city of Oroville, roughly 20 miles to the south.

Although classes at Cal Northern are typically offered between 6:30 p.m. and 9:30 p.m., the administration office and other school facilities, including the student-run law library, are open during the day, beginning at 9:00 a.m. Cal Northern is attended by a very small number of students—approximately 70—and these students all take the same core courses. During the fall and spring semesters, students take three courses, each of which is offered one night per week; this means students are only required to attend school three nights per week. During the summer semester, two classes are offered, and students attend school only two nights per week.

Financial assistance is available for qualifying students through The Education Resources Institute (TERI). Scholarships are also available to help pay for tuition. Cal Northern students are eligible for about seven different scholarship awards, including the Dean's Scholarships, which are offered to two students each year, the Alumni Association Scholarship, the Cal Northern Foundation Scholarships, which are granted to six students, the Student Bar Association Recognition Awards for attendance, dedication, and improvement, and the Witkin Award for academic excellence.

Student services at Cal Northern include a placement assistance program and special accommodations for students with disabilities or special needs. The Alumni Association and Student Bar Association support students while they are studying at Cal Northern and after they graduate. The school also encourages participation in mock trial competitions.

Local attractions in the area surrounding Cal Northern School of Law include four museums, one of which is the National Yo-Yo Museum. In their spare time, if they have any, students can relax in the three recreation and nature parks within 20 miles of campus. These parks collectively boast more than 3,750 serene acres of creeks, rivers, hiking trails, golf courses, and pools, as well as a fishery and a large nature preserve.