How Lucrative Is a Career as an Animal Welfare Attorney: Advice by Anna Morrison-Ricordati
< Back To All Articles

Share
Tweet
Linkedin
577 Views
( 76 votes, average: 4.9 out of 5)
What do you think about this article? Rate it using the stars above and let us know what you think in the comments below.
Paquette, who is now General Counsel and Director of Legal and Government Affairs for the Animal Protection Institute (API), initially considered specializing in women's law. However, after researching law school programs, she became interested in animal law. "I realized that there were a lot more women's lawyers than animal lawyers, and I felt that the animals needed my voice more than probably women did," Paquette said. 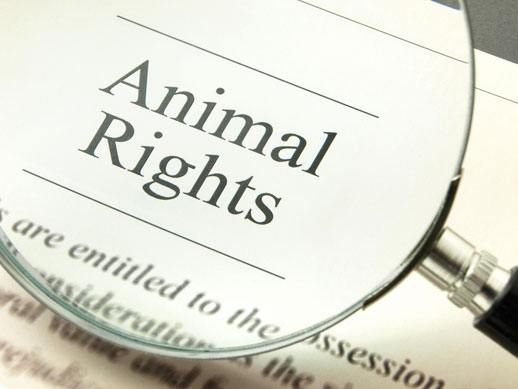 Disregarding the advice of many counselors, Paquette interned with animal groups while she attended Vermont Law School. "[Many people said] I should have interned at large firms, so I could at least be guaranteed a job," Paquette explained. But her work at nonprofits helped her realize that she did not want to work for a big corporation or law firm. Instead, she wanted to work for a nonprofit that was helping animals.

Her hard work for nonprofit animal groups ultimately paid off. Just one year after graduation, equipped with the proper experience and connections, Paquette accepted the position of Government Affairs Coordinator at the Animal Protection Institute, a national nonprofit organization that works to protect animal rights.

"I've been extremely lucky, but it's also because I kind of planned it out. I got involved right away with the Student Animal Legal Defense Fund group, and I went to conferences, and I met people. And so I really put my name out there before I even graduated from college," she said.

The Animal Protection Institute, headquartered in Sacramento, CA, primarily works on issues relating to wildlife, exotic animals, research animals, and farm animals. It is considered the leading organization for exotic animal protection. "We work on trying to prohibit the private possession of exotic animals as pets," Paquette said.

Paquette manages API's legal department and develops strategies to handle all major disputes and personnel issues. She reviews all of the institute's contracts and materials that will be sent to members and the public.

In addition, Paquette oversees the institute's litigation efforts in state and federal courts across the country. Oftentimes, the institute takes legal action against organizations that are mistreating animals. API is currently suing Ringling Brothers and Barnum & Bailey Circus, as well as its parent company, Feld Entertainment, for mistreatment of Asian elephants, which is a violation of the Endangered Species Act.

The institute also works to enact new state and federal animal laws. However, the institute focuses primarily on local and state initiatives. For instance, last year the institute helped Kentucky and Arkansas pass laws prohibiting the possession of exotic animals as pets. Also, with the help of API, several states are currently in the process of passing new bills that would protect animals' rights, Paquette said.

The institute is committed to protecting wildlife, as well, Paquette said. Last year, API challenged a California bill that would have exempted nuisance animal control (pest control) units, who trap and kill wild animals, from fundamental competency requirements. The institute was instrumental in modifying the bill, which now provides basic protections for five animal species that are frequently trapped or poisoned because they are "nuisance" animals.

The public plays an important role in API's legislative efforts. "We depend heavily on our constituents, residents, and the general public to help us," Paquette said.

"For example, in order to get a bill passed, you need people in that state writing their own legislators. We send out our alerts far and wide and post them on various listservs in the hopes that people are going to write their legislators and urge them to support a progressive piece of animal legislation," Paquette said.

Therefore, public outreach is an essential component of API's campaigns. Representatives from the institute frequently speak at events to inform the public about animal law. "We're heavily dependent on people showing up for those events, working with their communities to make positive change," Paquette said.

In an effort to keep the public informed, the institute publishes a quarterly magazine and sends weekly newsletters. The Action Alerts and Announcements newsletter is geared toward activists who want to help change legislation, while the API Bulletin newsletter targets animal rights supporters who want to keep abreast of API's actions.

Paquette graduated from Vermont Law School in 1998. In 1994, she earned a Bachelor of Arts in Political Science, with honors, from San Francisco State University. She is a member of the District of Columbia, Massachusetts, and California bars.

The jobs are divided according to the different locations which makes the search simpler.
Stacey L.

LawCrossing Fact #80: Users who tailor their job searches (e.g., according to minimum or maximum years of experience) will have an easier time finding jobs they are qualified for than those who don’t.