< Back To All Articles
Share
Tweet
Linkedin
5 Views
( 3 votes, average: 3.8 out of 5)
What do you think about this article? Rate it using the stars above and let us know what you think in the comments below.
11/01/06

Even as top-drawer U.S. law firms like Baker & McKenzie trumpet diversity achievements at home, their offices across the border sing an entirely different tune. With total disregard to proclaimed gender sensitivity and sermons on diversity ideals, these firms' Mexican offices tow the line of high-profile companies and often come up with ads for staff placement in the most provocative and discriminating note which read like ads for beauty pageants. 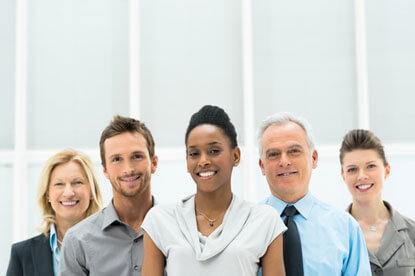 Placement ads emphasizing "male", "pretty face", "with photograph" is published openly in dailies whereby potential candidates who do not fit into the "right" candidature are surely disappointed. According to the Arkansas Demokrat Gazette, despite the fact that Mexico's constitution and federal labor code prohibit discrimination based on age, sex, ethnicity, religion, marital status, health and other factors, Mexicans rarely file employment discrimination lawsuits since seeking redress is a costly and drawn out process. As a result of such blatant discrimination, the number of unemployed Mexicans is increasingly annually and the country's economy is suffering in today's competitive global arena.

Such ads in the United States which would invite catastrophe and jeopardizing a firm's reputation, are often allowed by the same firm's office in Mexico due to paucity of jobs as well Mexican authorities' Machiavellian attitude in enforcing anti-discrimination laws. The firms and companies either plead ignorance or play the blame-game on their Mexican counterparts, but the fact remains that precisely too little efforts are directed at redressing the offenses or rectifying the wrongs.

Akerman Senterfitt crosses the 500 mark
Time to celebrate at Akerman Senterfitt! The firm officially crossed the 500 lawyers mark in 12 offices because of their continued attempts to hire more attorneys and effort to strengthen their global position. Behind the firm's spectacular achievement lie contributions made by their offices in New York, Los Angeles, and Northern Virginia, as well as nine Florida offices. However the firm still strives to become a leader among its peers and for even greater expansion in the future. Akerman Senterfitt's Florida-based office is the firm's largest and in all, the firm boasts more than 1,100 people in its nationwide roster.

Since its inception in 1920, the firm has been successful in adding well known names to its rolls, the most recent being the 2005 recruitment of several prominent litigators from top federal departments, agencies and blue-chip companies. Akerman Senterfitt's lawyers represent high profile clients in a wide variety of legal practice areas.

Akerman Sentefitt lawyers also carved out a niche for themselves through their legal acumen. Nearly a hundred of them have been listed along with first-rate U.S. attorneys of repute, either among Best Lawyers in America, or the Chambers' America's leading lawyers who has also placed the firm first among those practicing corporate/M&A, antitrust, insurance and zoning/land use.

LawCrossing is doing a pretty good job. The best part is that the jobs are most up to date. It's simply amazing!
Sarah

LawCrossing Fact #239: We’re adding new Crossing sites all the time so that we stay as comprehensive as possible.