What is the appropriate way to dress for a legal interview?

( 387 votes, average: 4.7 out of 5)
What do you think about this article? Rate it using the stars above and let us know what you think in the comments below.
My first job out of law school was in a law firm in Southern California that had been featured in trendy magazines like Cosmopolitan because it had no dress code. Today this is the norm for a lot of law firms and other employers around the country; however, more than a decade ago this was considered extremely unusual—even in free-spirited Los Angeles. This particular law firm loved to talk about how casual they were and how easygoing the firm's atmosphere was because there was no dress code. Partners would wear Hawaiian shirts, shorts, and sandals, and the lack of a dress code really did contribute to a certain sense that things were different there than they were in the formal New York City law firms most of the attorneys came from. 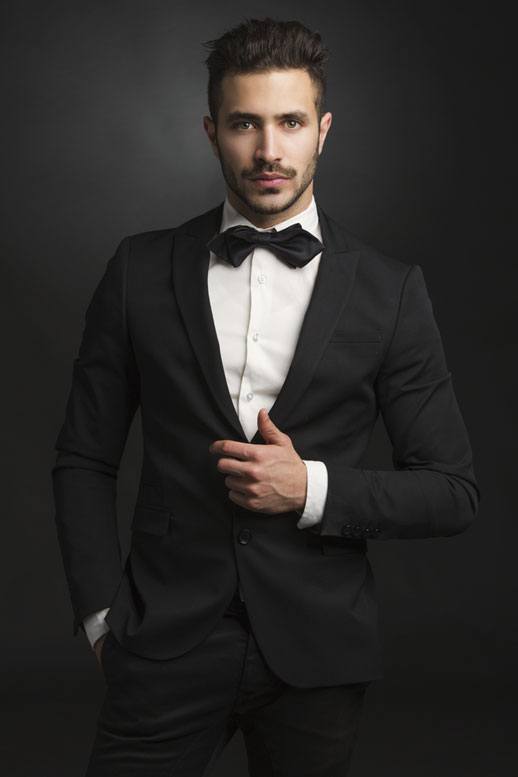 What I realized after being at the law firm for some time and getting involved in the recruiting was that the firm generally interviewed two types of people: those who came in dressed in shorts or other casual clothing and those who did not. Some law students loved to show up for interviews dressed ultra-casually, apparently feeling they were doing the right thing. More often than not, however, the law students being interviewed did not dress casually, and it was even rarer that a lateral attorney candidate would dress casually.

After observing interviews for approximately one year, I began to notice a pattern: none of the people who showed up at interviews dressed very casually got hired. In almost all instances, the casually dressed associate who had interviewed one of them would later make some sort of remark about how he or she did not seem that serious about the job. On perhaps one or two occasions, I heard something about how the person was dressed, but for the most part, the interviewer would refer to other reasons for the person not being hired that had little to do with appearance. Deep down, though, I knew that the reason the person was not hired had to do with how he or she was dressed. I just knew it.

When I consider how people dress in the business world and in the practice of law, I keep thinking more and more about how important it is to project a polished appearance. Generally, when people are younger they are shallower and tend to focus on style over substance; however, I may be different, in that I have become more aware of the importance of style over the course of my career. I firmly believe that one of the most important things you can do is maintain a flawless appearance—both at interviews and on the job. You must always be acting the part, and in order to act the part, you must look the part.

One of the first things I learned when I started practicing law came from a very intelligent judge, Robert H. Cleland, for whom I clerked. When I was younger, I loved quoting people such as Judge Posner and referencing outside philosophers in my writing. I felt this made my job that much more enjoyable and really added an extra level of intellectual depth to the work I was doing. In fact, I would venture to say that I considered the content of what I was writing to be much more important than, for example, its punctuation. A few weeks into this first job, while I was reviewing some work for Judge Cleland, he said something to me that I will never forget. He said something to this effect:

Think about the organizations you have belonged to and the jobs you have held. I would venture to say that the best dressed people in these organizations were generally at the very tops of the food chains in their respective organizations. Why do you think this is? There are several reasons that looking the part is a good idea.

First, can you imagine the Vice President of the United States meeting an important world leader dressed in a cheap suit or a suit that was well-worn? What if he wore a pale green winter parka to a ceremony at Auschwitz?

This picture was in the media for days and was the source of numerous outraged blogs and media stories. People were very, very upset because they felt that Cheney had disrespected our country—and Jews killed by the Nazis—by dressing the way he did.

I have been completely ripped off only a few times in my life. Once was by a sleazy, dishonest insurance broker who sold me a whole life insurance policy that was barely worth the paper it was written on. To this day, I remember that this guy was among the best dressed individuals I had ever seen. I believe I must have fallen for his ploy because I assumed that someone dressed as well as he was must be honest and delivering a solid financial product. Think about these questions:

Who would you want to represent you?

Who would you rather hire?

The list of what is required to dress like an outstanding professional could go on and on and on. Being a professionally dressed person requires a ton of effort and an enormous amount of attention to detail. In fact, dressing well requires so much attention to detail that most people are simply not willing to put in the necessary effort, or even capable of doing so.

I will bring up one final point about dressing well that is perhaps the most important of all: in order to be an outstanding dresser, you must have a lot of self-confidence and self-esteem. You absolutely must have a lot of self-esteem if you are going to purchase an expensive blouse, shoes, or other article of business attire. You also need a lot of self-esteem to believe you are worth dressing the part. Most people do not have the self-esteem it takes to look their best at all times. In order to look good, you must believe that you deserve to look good. Napoleon Hill made this clear in his book Think and Grow Rich when he said, "What you think, so you will become."

The law student who is first in his or her class may have studied until 2:00 a.m. every night for three years to get where he or she is. The law student who goes to a top Ivy League law school may have gotten a silver medal in the Olympics and maintained an A average in college to get into the law school of his or her dreams. Your competition for a job may have worked in a better ranked firm in a bigger city. However, any of these people might not get the job you are seeking if he or she does not dress as well as you do for interviews. Any of them may not get promoted if he or she does not look as good at work as you do each day.

Is it shallow for me to say that dressing well at work and for interviews is one of the most important things you can do? Most definitely. Am I right? Most definitely. Why not change the thing about yourself that is easiest to change?

Tons of people out there go to self-help seminars on interviewing. They read books, and they hire career coaches. Why don't they wake up and do the easiest things of all: groom and dress flawlessly for work?

I urge you to make the most of every day at work, regardless of whether you are interviewing that day or not. Look professional, and dress in a conservative and cohesive manner for work. This will position you well, help you keep your job, and discipline you to pay attention to details. Refine your appearance throughout your life by dressing better and better and better. Over time, your world and the people around you will continue to change for the better. Look your best for interviews.

Read More About Not Dressing Your Best

Tips for Being a Successful Summer Associate

Tips for Being a Successful Summer Associate