How much do hot practice areas vary from state to state?

( 51 votes, average: 4.2 out of 5)
What do you think about this article? Rate it using the stars above and let us know what you think in the comments below. 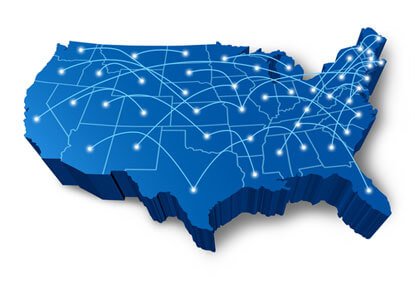 As a general rule, the most in-demand practice area at all points in time is litigation. Litigation is always occurring, and this is almost always the case at almost all points in time—regardless of the economy. One way I explain this to my candidates is by telling them, "When the economy is good, people have money to hire attorneys and sue, and when the economy is bad, people sue people to get money they lost when the economy was good." In all my years in this profession, I have never seen litigation slow down. Law firms are always seeking litigators at most points in time, and the demand is pretty incessant. Litigation is virtually always the busiest and "hottest" practice area in the following markets:

There are some small exceptions to these rules: 1. Minneapolis has very active intellectual property and patent prosecution bases, and these practice areas are generally quite active there; 2. Chicago has strong intellectual property, real estate, and corporate demands, but these are quite steady; and 3. Newark has a very consistent base of corporate work, but litigation still dominates.

In fact, in most cities of the United States, litigation simply dominates the hiring and is always "hot" in some respects because there is considerable demand for litigators. Generally, after litigators in terms of demands come corporate and other departments such as insurance, intellectual property, tax, and so forth. For example, despite its reputation as the center of governmental activity in the United States, the most active practice area in the Washington, D.C., region is usually not government contracts or some other governmental-sounding practice area. The most active practice area is generally litigation—I mention Washington, D.C. because it features "litigation with a twist" compared to other markets.

Litigation is an active practice area in Washington, D.C., and is generally very active at most points in time. An important fact to understand about litigation is that attorneys who work in the litigation field can research, write about, and interpret a great deal of policy and other information; they're not just marching into court as litigators in smaller markets might do.

Below is a discussion of a few areas that continually have a good deal of activity in practice areas other than litigation.

NEW YORK CITY
New York City typically has the majority of work in the financial field, due to the heavy concentration of banks and other financial institutions in its market. Accordingly, at most points in time the corporate practice area would be considered the "hot" practice area here. While it differs from time to time, this is generally consistent.

After the dot-com bust and September 11th, for example, there was noticeably less corporate work in New York City than there had been previously. Notwithstanding, in terms of their proportion of work nationally compared to other practice areas, New York stayed very busy. In addition, there is always a lot of corporate work in New York because there is so much financial work there—regardless of the state of the economy. New York City also continually has lots of work in the tax and insurance fields. In terms of hiring the most attorneys, the largest, most major practice area is always corporate because it interrelates with so many other fields. A law student desiring to work in New York would be best-suited pursuing corporate work.

FLORIDA
Real estate has traditionally been the area where there is the most activity in Florida. Across most points in time, there has been a strong demand for talented real estate attorneys in the state. This is likely due to lots of speculative construction and the fact that seniors and others seem to be moving to this state in great droves. There is also a strong demand for litigators in Florida; however, this demand is fairly constant and never has reached the fever pitch that the demand for real estate attorneys seems to maintain consistently.