Share
Tweet
Linkedin
7183 Views
( 367 votes, average: 5 out of 5)
What do you think about this article? Rate it using the stars above and let us know what you think in the comments below. 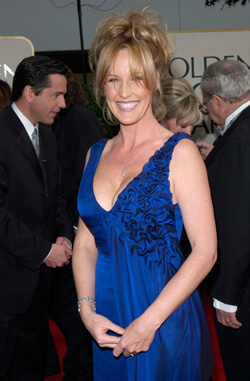 Fate dropped Erin Brockovich's latest lawsuit against Beverly Hills High right into her lap.
It all began several years ago when Brockovich was in New York promoting her memoir, Take It From Me: Life's a Struggle But You Can Win. During a book signing, she met a young woman named Lori Moss, who had just finished a form of chemotherapy. When Brockovich asked the Beverly Hills native if she had cancer, Moss explained that she had thyroid cancer and Hodgkin's disease, a combination that was alarming to Brockovich.

"I started making calls and eventually got a hold of an Environmental Protection Agency [EPA] 2001 newsletter from one of our experts in the mail. It stated that the oil industry has cleverly masked its oil operations amid the glamour of Beverly Hills High School," said Brockovich. "The letter disclosed that there was an onshore oil platform at Beverly Hills High that had 18 operational well heads and one of those well heads is directionally drilled a mile and a half underneath Rodeo Drive."

"Furthermore, what many people don't know is that 10 feet away from the high school, Sempra Energy has a major power plant," reported Brockovich. "Our experts have already concluded that based on all the data from the oil wells, which are producing benzene, and from Sempra Energy producing hexavalent chromium and dioxin, there is a significant statistical increased risk of Hodgkin's, thyroid, and testicular cancer from the school and from that area."

With this information, Brockovich knew that she was onto something significant. She called Moss, who ironically said that she was just going to track Brockovich down after seeing three neighbors seated in her doctor's waiting room, suffering from her identical diagnosis.

"After the movie…the book and everything else I achieved, I needed this headache like I needed a hole in the head," stated Brockovich. "But I couldn't let it go. It bothered me that this girl had cancer at such a young age and that something may be happening without anyone's knowledge."

Originally, when Brockovich first brought this new development to Masry, he said, "You are speculating. Get out of my office!"

Brockovich had a friend pull some records, which, according to Brockovich, disappeared shortly after a lawsuit was filed. "Working under the radar has become a bit more difficult ever since the movie Erin Brockovich came out," she said. "Sometimes I'm recognized, and sometimes I'm not. It just depends."

"When I had longer hair and wore it in funky pigtails, someone once came up to me and said, 'Oh, my God. I love your thigh master. I use it all the time.'"

After reading the files, Brockovich discovered that in 1984 the city council asked the oil industry the following question: As more online wells are built, could the facility deteriorate the air and/or harm the kids?

"The answer was maybe," said Brockovich.

She immediately brought this newfound information to Masry.

Masry and Brockovich began preparing for their next big case. By working with Moss and others, they developed clients while digging up more information about the onshore oil platform. As soon as the story went public, the media went wild.

"What really took me back was that you couldn't even get through our telephone lines," stated Brockovich. "We were getting hundreds upon hundreds of calls from people who graduated from Beverly Hills High in the '80s and '90s."

"With all of our evidence, a trial date was set for October 30, 2006. That's a drop-dead date. We are going to trial," Brockovich firmly stated.

Although Masry helped build the case, his sudden passing means that Brockovich will face trial on her own.

"This case, in Ed's absence, scares me because it is political, it's oil, and for godsakes, it's Beverly Hills High," explained Brockovich. "That's as big of a shock as someone calling me and saying, 'Julia Roberts is going to play you in a movie.'"

Making an accusation that Beverly Hills High School is poisoning its own, Brockovich has a lot of hard work ahead of her. Just recently, she did an interview with Anderson Cooper and felt like she was "kind of beaten up."

"I'm not a lawyer or a scientist," said Brockovich, "I'm the messenger. And what better way to ruin it for people than to destroy the messenger, because then they are not going to know."

According to Brockovich, cancer does not discriminate. It is a disease that doesn't care about race, economic status, or religion. It affects us all.

"We cannot keep building this type of industry on top of public schools," stated Brockovich. "I didn't put it there; somebody else did for the sake of money. A city let that be built, and I don't care if one kid is in danger. It is one kid too many."

Stay tuned next week for more details on the case against Beverly Hills High School.

The site has exclusive job listings which cannot be found out on any other site.
Melissa