Share
Tweet
Linkedin
28 Views
( 5 votes, average: 3.8 out of 5)
What do you think about this article? Rate it using the stars above and let us know what you think in the comments below.
Here's one scenario. A roomful of retirees gather to hear a presentation (perhaps called a "seminar") given by a financial advisor who has a bunch of impressive initials after his name. The retirees may have received invitations in the mail offering them a free meal at the event. That's not their main reason for attending, though. They have concerns about how best to manage their money in order to afford health insurance, how to minimize their taxes, and how to most efficiently leave money to their loved ones. 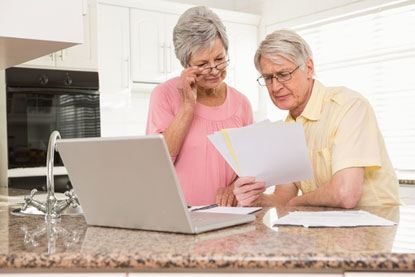 Some of them set up appointments for free individualized consultations with the fellow at a later date. He recommends a product, such as an annuity, from a major financial institution. The retirees may have read some good things about the company, or the product being recommended. They agree to sign up. At the last minute, the advisor offers to switch them to a similar, but slightly different product, perhaps one that offers a better interest rate. They agree. It's only later that they discover the catch — which might be stiff withdrawal penalties, for example.

See? The way it unfolds is not so unreasonable. They feel like they're being responsible, not just buying something pitched to them over the phone by a cold-caller. They've still been had, though.

"81-year-old Lourdes Wright from Temecula came forward with a legal complaint that she was forced to sell her home after receiving poor investment advice from an agent that sold her Al lianz (NYSE: AZ) Life Insurance annuities with undisclosed penalties. ... [A]nother elderly woman from Escondido, 75-year-old Betty Reichenbach, filed a lawsuit claiming that she was coerced into purchasing unnecessary insurance for her retirement account."

He quoted an insurance official who explained that, these days, retirees in general have more money than previous generations did, and they're more trusting. Making matters worse is that the financial "predators" out there have become more sophisticated. "According to the San Diego district attorney's office, insurance fraud is the second-largest economic crime in America, exceeded only by tax evasion."

So what can we do about all this? Well, you don't have to skip the seminar and free dinner — go ahead and check it out. But don't buy anything without doing a lot of research first, and without asking a lot of questions and perhaps getting answers in writing. Remember that some of these advisors are good people who want to serve you well. Learn how to find a good advisor in our Advisor Center.

And don't ignore the world of insurance; it can protect you and even enrich you and your loved ones. You may not have thought about some kinds of insurance, such as disability or long-term care insurance, but they're vital for many people. And, of course, properly insuring your property is vital, too. For more on the critical topic of insurance, check out our Insurance Center.

Other Foolish articles of interest:

Longtime Fool contributor Selena Maranjian does not own shares of Allianz. The Fool has an ironclad disclosure policy.

The email alerts from LawCrossing provide me with new jobs matching my criteria. It makes my work easy. Great site!
Diyari

LawCrossing Fact #51: As a serious organization, LawCrossing is dedicated to finding users their dream jobs.