By James Kilpatrick
( 140 votes, average: 4.7 out of 5)
What do you think about this article? Rate it using the stars above and let us know what you think in the comments below.
The underlying facts in Averill Park v. Cioffi are not seriously in dispute. In the fall of 2001, as classes began at Averill Park High School near Albany, Kevin Earl was beginning his seventh year as football coach. Louis J. Cioffi was in his second year as director of physical education; earlier he had served for 18 years as a teacher of social studies and part-time athletic director. 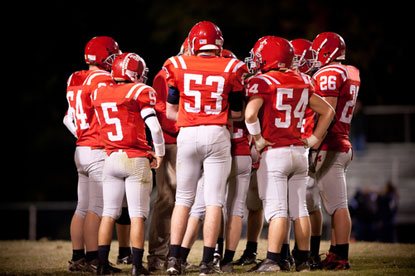 As Judge Richard J. Cardamone would explain in the U.S. 2nd Circuit, the two instructors did not get along. Cioffi complained to the school board repeatedly about Earl's coaching methods. It was against that background of internecine animosity that in early October the mother of a 14-year-old freshman sent a disturbing letter to the president of the school board.

The gravamen of her complaint was that her son had been brutally hazed by older players. The sexual harassment in this case is known as "tea-bagging." It is ugly. As director of phys ed, Cioffi launched an investigation. Early in November, he wrote Superintendent Michael J. Johnson to renew his criticism of Coach Earl and to express his concern over the school district's handling of the affair. The story had burst into the Albany Times-Union.

In December, the abused youngster filed a criminal complaint. A number of students and teachers were arrested. The entire high school coaching staff was suspended. It was a serious embarrassment. On Jan. 22, 2002, the school board met privately and agreed to fire Cioffi as athletic director by abolishing his position. A week later Cioffi called a press conference and aired his side.

That did it. The board formally fired him from the athletic activities he had supervised in some degree for 20 years. He was permitted to stay on the faculty as a tenured teacher of social studies at a lower salary. Before long he sued the school district for violating his rights of free speech. He lost in U.S. District Court but won a reversal in the 2nd Circuit. From that judgment the school district now seeks Supreme Court review.

In his opinion for the circuit court, Judge Cardamone first bowed to both sides: "It is well settled," he began, "that public school teachers, or athletic directors, do not check their First Amendment rights at the schoolhouse door." Nonetheless, he continued, "It is also true that a public employer has a distinct interest in regulating the speech of its employees in order to ensure and promote the efficiency of the public services it performs."

After some further thrashing about, Judge Cardamone concluded that Cioffi's November letter and later press conference "addressed matters of public concern and are therefore protected by the First Amendment." The teacher's embarrassing comments stemmed from a sexual assault upon a student on school property.

Judge Cardamone filed his opinion for the 2nd Circuit this past April 4. On May 30, the U.S. Supreme Court, speaking through Justice Anthony Kennedy, handed down its 5-4 decision in the case of a deputy district attorney in Los Angeles County, Richard Caballos. He had offended his superiors by disagreeing publicly with them. For his disloyalty, he was denied a promotion, demoted, and exiled to a distant courthouse.

In the Supreme Court, Kennedy sailed widely. He first agreed that government employees must accept a significant degree of control over their public words and actions. Then, tacking to port, he agreed that as citizens these employees nonetheless have a right to speak publicly about matters of public concern. Coming about, he held that in making public an interoffice memorandum of his disagreement on the proper disposition of a publicized case, Caballos had stepped over a critical line.

Finally, Kennedy made his point — a point that is little help to the discommoded high school teacher in New York: "We hold that when public employees make statements pursuant to their official duties, the employees are not speaking as citizens for First Amendment purposes, and the Constitution does not insulate their communications from employer discipline."

Maybe that is the best the court can do in these constantly recurring cases, but Justice John Paul Stevens, dissenting in the Caballos case, made a good point: Public employees must have some freedom to make "unwelcome speech" without suffering the kind of discipline imposed upon Caballos. Let us file the issue under "to be continued."