< Back To All Articles
Share
Tweet
Linkedin
13 Views
( 2 votes, average: 4.1 out of 5)
What do you think about this article? Rate it using the stars above and let us know what you think in the comments below.
06/29/06

LeBoeuf Lamb adds to its bankruptcy and restructuring practice

LeBoeuf, Lamb, Greene & MacRae LLP has recruited 10 lawyers, including seven destined for Chicago and three for its New York offices. All 10 will work within the firm's banking and restructuring practice. 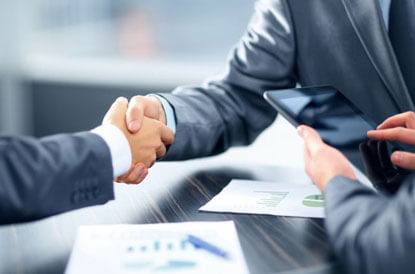 Allen & Overy struggles with pension gap
According to market reports, partners at Allen & Overy have been subsidizing a significant gap in its pension fund for the last four years.

The deficit reached approximately $48 million, or $155,000 per partner, at the financial year end of 2005. It is expected to fall to about $40 million by the end of 2006, however, analysts predict that it will take the magic circle firm a total of 10 years to eliminate the deficit completely. Partners at the firm have contributed a total of $4.4 million each year since 2002 in order to curb the deficit.

The figures indicate the scale of pension liabilities among all top UK firms. As per British laws, every limited liability partnership company must file its accounts within 10 months of the closing of the financial year. The pension gap, which was found by the accounting firm Smith & Williamson, has been described as the largest ever.

The firm will raise salaries for newly qualified lawyers (NQs) from $114,000 to $137,000 across Great Britain. This puts Weil Gotshal ahead of the curve, as its chief competitors Freshfields Bruckhaus Deringer and Clifford Chance

are still offering NQs $100,000. These firms, however, still lag behind the U.S.-based rival firm Debevoise & Plimpton, which is among the highest paying firms in London offering NQs around $150,000

Great variety of jobs! I was very pleased with how much information each job listing entailed.
Brian